Please ensure Javascript is enabled for purposes of website accessibility Consumer Beware: Coronavirus Antibody Tests Are Still A Work In Progress - THE CHICAGO HERALD Press "Enter" to skip to content 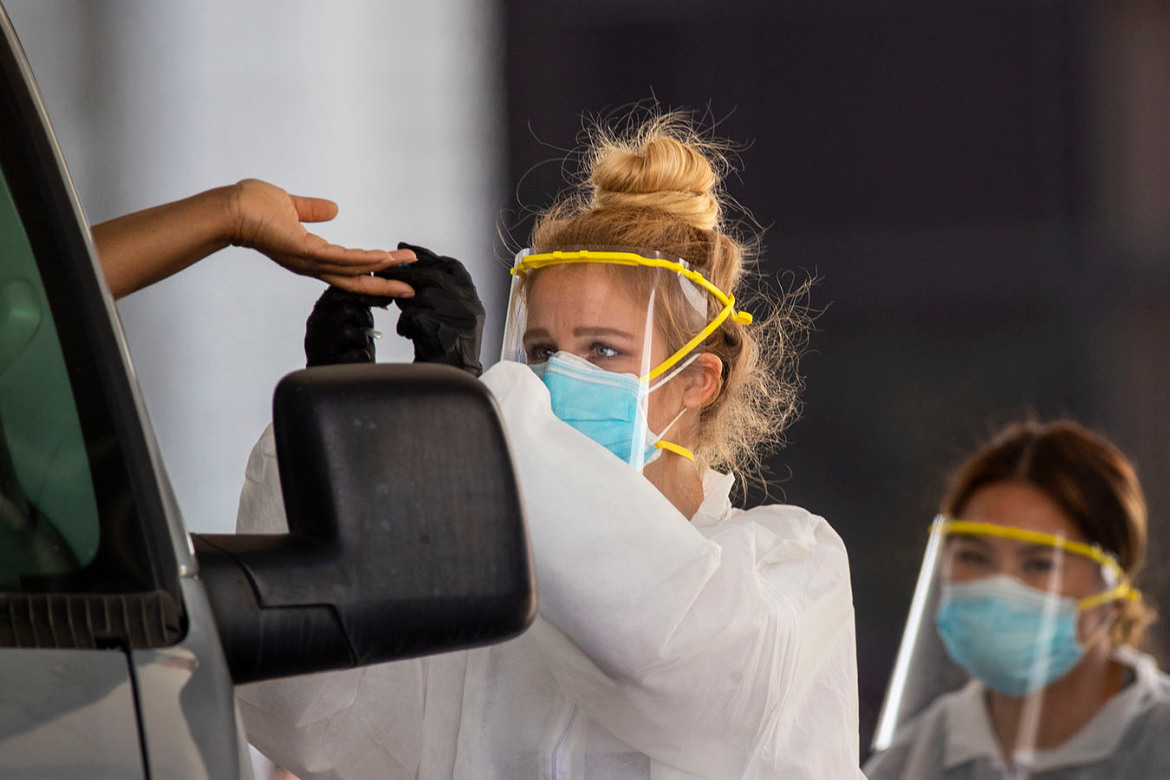 After hearing for months about serious access issues involving tests that diagnose COVID-19 based on swabs from the nose or throat, Americans are being inundated with reports about promising new tests that look for signs of infection in the blood.

There are high hopes for these antibody tests, which detect proteins that form in blood as part of the body’s immune response to an invading virus. Communities across the U.S. have been rolling out the results of serological surveys that examine blood samples from people who haven’t been diagnosed with COVID-19 to see if they were, in fact, previously infected.

The thinking is, if there are blood markers that can detect when people have been infected, such tests should be able to tell us how widely the novel coronavirus has spread. And equally optimistic: those same antibodies could convey immunity to the disease, signaling someone is safe from reinfection and able to get back to work.

Such high hopes, however, are running smack into the roadblocks of reality.

Infectious disease experts are raising pointed questions about the reliability of the early tests and the studies that hinge on their results. And they warn that state and local governments — as well as individuals — should be wary of shaping policy or changing behavior based on any single report.

In the sharpest caution to date, officials with the World Health Organization on Saturday warned against plans for proposed “immunity passports,” which would allow people who have recovered from the coronavirus to resume unrestricted travel and work.

“There is currently no evidence that people who have recovered from COVID-19 and have antibodies are protected from a second infection,” the agency wrote in a scientific brief.

Even before the WHO weighed in, other experts were urging restraint in interpreting early results of antibody screening.

“The science is catching up,” said Dr. Liise-anne Pirofski, chief of the division of infectious diseases at the Albert Einstein College of Medicine and Montefiore Health System. “Our ability to make a test at the moment is much greater than our understanding of what those antibodies we are testing for mean.”

In the past few weeks, more than 180 academic centers, hospitals and private manufacturers have notified the federal Food and Drug Administration that they intend to create serology tests for COVID-19, spokesperson Stephanie Caccomo said in an email. They’ve been able to jump into the fray because the FDA in March relaxed regulations for developing tests as part of its emergency response to the pandemic.

But the FDA has not reviewed the vast majority of tests on the market, and their validity, particularly point-of-care blood tests that promise rapid results within minutes, isn’t clear, said Dr. Michael Busch, director of the Vitalant Research Institute and a professor of laboratory medicine at the University of California-San Francisco.

“Some of them have sensitivities that are quite poor,” he said. “You may even miss some infected people completely.”

Other tests may flag people as positive for COVID-19 when they’re not infected. That’s especially true in regions of the country with little spread of the novel virus. If the prevalence of a disease is low, less than 5%, even an accurate test would yield a high number of false positive results because of the way such screening tools operate.

So when people see advertisements for finger-prick antibody tests becoming widely available at urgent care centers and medispas, they should think twice.

For one, antibody tests can’t be used to diagnose the disease. Antibodies may not be present in high enough levels to be detected in the earliest days of an infection. And because there are several other known coronaviruses — including those that cause the common cold — people infected with those viruses could produce antibodies that cross-react with those produced in response to the new virus.

Scientists still know too little about whether antibodies to COVID-19 convey immunity that could allow people to put away masks and halt social distancing, said Dr. Mary Hayden, director of the division of clinical microbiology at Rush University Medical Center in Chicago.

Immunity to a virus is a complicated process that takes place over one to two weeks, the WHO noted. The immune system makes antibodies in response to an infection. But the body also makes T-cells that recognize and eliminate other cells infected with the virus, creating what’s known as cellular immunity. Those two processes together may help a person recover and prevent reinfection. But it is not yet clear whether cellular immunity is required to bolster recovery and prevent subsequent infection with COVID-19.

“We do not know whether or not the antibodies detected are protective,” Hayden told reporters last week on a call organized by the Infectious Diseases Society of America. “We recommend that people with antibodies not change their behavior in any way.”

Scientists are hoping, however, that future COVID-19 studies may demonstrate immunity that could last for one or two years.

Concerns about the validity of the tests have cast a shadow on several recent reports aiming to quantify the spread of the virus in specific regions. Last week, New York Gov. Andrew Cuomo revealed the results of a serological survey that suggested that 1 in 5 New York City residents had been infected with the coronavirus. Statewide, the figure was 13.9%, according to the study of 3,000 New Yorkers in 19 counties who were recruited at grocery stores.

But the results quickly drew criticism. Dr. Demetre Daskalakis, who directs the city’s disease control, warned that the tests could produce “false negative or false positive results.” Florian Krammer, a microbiology professor at the Icahn School of Medicine at Mount Sinai who designs such tests, tweeted — and later deleted — that the results were “BS.”

“I think this is too high,” he said in a later tweet. “It is possible. But a 20% plus infection rate seems too high for NYC due to a number of reasons. I would think 6-8%, maybe 10% are closer to the truth. It would be nice to know more about the test, its sensitivity and specificity and the test population.”

Similarly, two serology studies in California, one in Santa Clara County and one in Los Angeles County, drew wide criticism about the recruitment of subjects and the analyses used.

In the Santa Clara study, Stanford University researchers tested 3,330 volunteers for antibodies showing exposure to COVID-19; about 1.5% were positive. They concluded that meant from 48,000 to 81,000 people were infected with the virus in the county.

“It was completely inadequate to interpret the results that 50,000 to 80,000 people were infected,” Busch said.

The L.A. study, conducted by University of Southern California researchers, concluded that 2.8% to 5.6% of the county’s adult population had been exposed to the coronavirus. That translates to 221,000 to 422,000 adult residents who have been infected. Critics, however, argued that the study sample was too small and that details of the methodology weren’t immediately available.

Busch understands the drive to conduct such tests.

“People are asking the questions: What’s the real denominator to judge the case counts and the death counts against?” he said. “People are urgently trying to get data.”

Unfortunately, that data simply is not available yet, other experts said. This coronavirus has never been seen before, so the science that will inform efforts to help communities respond and recover is playing out in real time.

“The problem is that the science has not kept up with the tests,” Hayden said. “Now we need to do the research to tell what the results mean.”

On the positive side, most of the scientific community has pivoted to focus on finding solutions, said Pirofski, who was also on the IDSA call. “We just have to slow our roll.”

“This is our first dive in trying to understand what’s going on,” she said. “I would say it’s a start.”

The article was published at Consumer Beware: Coronavirus Antibody Tests Are Still A Work In Progress.