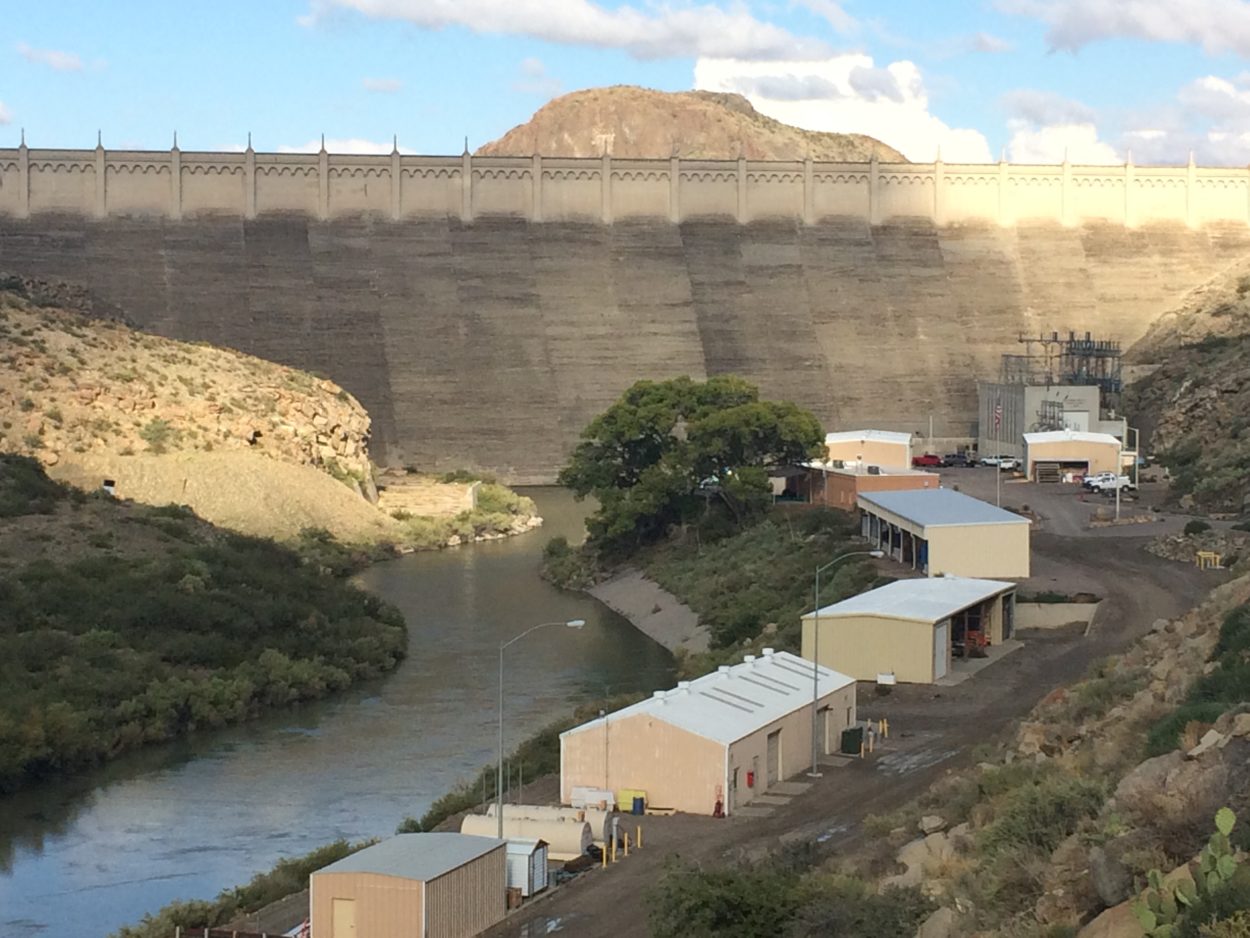 Groundwater provides an important source of irrigation for farmers in southern New Mexico, but Texas alleges that New Mexico’s use of groundwater below Elephant Butte reservoir has reduced surface water in the Rio Grande that is available for farmers downstream.

Texas filed a lawsuit in 2013 before the U.S. Supreme Court alleging that New Mexico has violated the Rio Grande Compact. This week, special master Judge Michael Melloy heard witness testimony and opening arguments during the first week of a virtual trial. Melloy is tasked with compiling a report for the U.S. Supreme Court. The virtual section of the trial will be followed by an in-person section in the spring in Cedar Rapids, Iowa in March.

The United States has intervened in the case, arguing that New Mexico has failed to administer the groundwater use and that failure threatens not only the compact but also the 1906 treaty agreement with Mexico. This treaty requires the United States to provide Mexico with up to 60,000 acre-feet of water annually. The amount of water that Mexico receives can be reduced due to drought conditions and, when this occurs, the reductions must be proportional to reductions to water allocations for the two irrigation districts that use Rio Grande project water.

New Mexico argues that the operating agreement led to farmers receiving less Rio Grande project water, however it allowed farmers to use groundwater. The two water districts agreed to this operating agreement as a way to address drought conditions, but neither Texas nor New Mexico were parties to the agreement.

Groundwater pumping is not unique to New Mexico. There are also wells in Texas that impact the Rio Grande.

The Rio Grande project dates back to the 1930s. In the 1940s, a drought hit the region. EBID Treasurer and Manager Gary Esslinger told the court that this prompted farmers to drill groundwater wells. And, until 1980 when the state engineer closed the basin, Esslinger said property owners did not have to seek approval to drill a well. After the state engineer closed the basin, property owners had to get permission from the Office of the State Engineer prior to drilling a well.

Esslinger said in the 1940s farmers approached EBID about using groundwater to augment the surface water supplies. The U.S. Geological Survey was brought on board to study the impacts that this could have. While the study found there could be impacts to return flows and the amount of water in the drains–which take project water that seeps into the groundwater and return it to the river–the study did not address the impacts that these wells could have on deliveries of surface water to downstream users.

Now, as New Mexico is once again in a period of drought, groundwater provides a vital resource to farmers.

Sloan has about a dozen irrigation wells on his property. These wells were first drilled in the 1950s, however about six of them have had to be replaced since then. Sloan said when they replaced the wells they did drill deeper.

Prior to 2011, Sloan said farmers were able to pump as much as they needed. But then a court adjudication process resulted in a cap. This cap means that farmers can use four and a half acre feet of combined surface and groundwater. He explained that means that if he receives two acre feet of surface water then he can pump two and a half acre feet of groundwater. The wells have been metered since a 2006 order from the Office of the State Engineer. The OSE tracks the amount of water used and, if too much groundwater is pumped, the farmers receive a notice of over-diversion, Sloan said.

Sloan said farmers prefer the surface water because it is better quality as groundwater tends to have higher levels of salt, which can be detrimental to crops.

In the early 2000s, following 23 years of good water supplies, New Mexico entered into a drought that continues today. And, while farmers are hopeful that the drought will end soon, climate change is anticipated to lead to less water available.

This year, Sloan was allotted four inches of surface water, which was not enough to irrigate any of his crops. While he bought additional water from his neighbors, Sloan said he did have to rely on his groundwater wells to grow crops.

Further downstream, Art Ivey is a Texas farmer and board member of EP1. Like Sloan, Ivey grows pecans and uses both surface and groundwater. His original farm has seven wells on it and acreage he recently bought has two wells. Unlikely New Mexico, Ivey said Texas does not require farmers to meter their groundwater use.

Ivey said farmers prefer surface water because the groundwater has high salinity. If he was to only use groundwater, Ivey said it would be like “putting poison on our ground” and within a few years the plants would die.

He provided details about how he manages salinity on his farm, including trying to rebuild soil. This has included removing some clay and bringing in sand. Spraying sulfuric acid on the soil can also leach out salt, he said. However, Ivey said he no longer uses sulfuric acid because it is very dangerous. Gypsum and elemental sulfur can also be used and Ivey said he applies these soil amendments annually.

Ivey said when using well water he has to provide the trees with more water because of the salt levels.

Ivey was on the board of directors during the 2008 negotiations. He said the operating agreement included the ability to carry over water, which he described as “vitally important.” That means if the district does not use all the water it is allocated for one year, it can store the unused water for future use.

Ivey said this can allow the district to provide early season irrigation water.

Not all of the farmers in his valley have wells and, Ivey said, cotton farmers rely on early season water. He said cotton farmers need water in March and, this year, surface water was not available until June.

“If they don’t have wells, they don’t plant. And so they’ve lost a year of trying to grow a crop,” Ivey said.