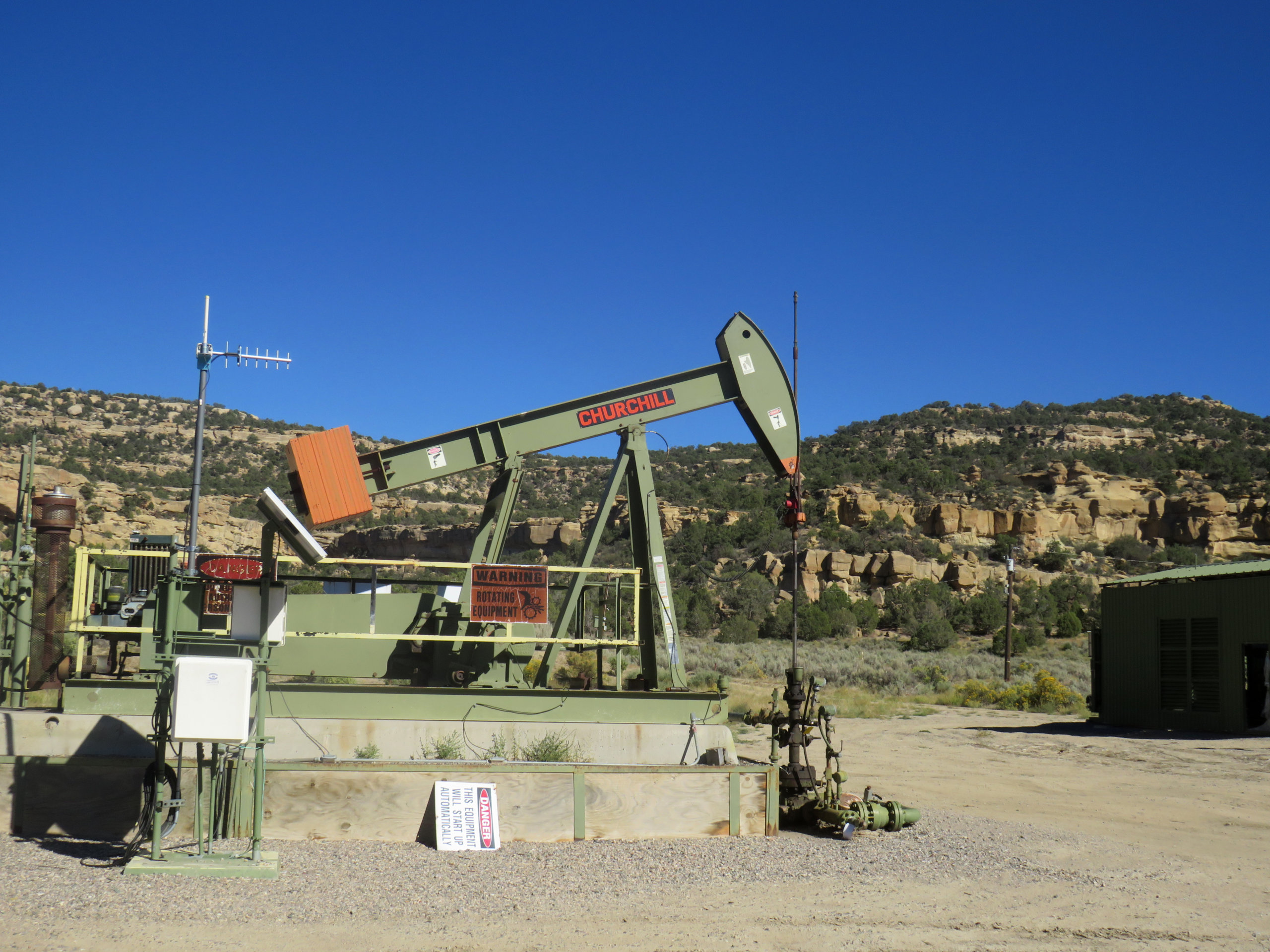 Environmental advocates say the ozone precursor pollutant rule developed by the New Mexico Environment Department should be strengthened, while supporters of the oil and natural gas industry say the draft rule is too restrictive and the costs of retrofitting equipment could lead to wells being plugged.

Organizations on both sides had the opportunity to present arguments and answer questions during a two-week-long Environmental Improvement Board hearing that ended Friday.

Ozone pollution is caused when volatile organic compounds and oxides of nitrogen react in the presence of sunlight. This can be seen in the form of smog.

Several New Mexico counties are pushing federal National Ambient Air Quality standards for ozone and, if the counties go into non-attainment status, they could lose access to federal funding for infrastructure projects such as roads.

One of these counties is Eddy County, where Carlsbad Caverns National Park is located.

The ozone levels in Carlsbad Caverns National Park rivals those of major metropolises like Santiago, Chile and Mexico City, Mexico, according to Lisa DeVore, the intermountain region’s air quality specialist for the National Park Service. And these ozone levels can impact both human health and the environment.

“Simply put, people cannot be sacrificial lambs for the sake of making money,” State Sen. Jeff Steinborn, D-Las Cruces, said to the board during public comment. “And, when we consider the health impacts of oil and gas operations, we have the highest obligation as public servants, as you are, as I am, to protect public health, to protect air, to protect water. And so, simply put, we have an obligation to follow the best practices to put in the best standards available in science and available technologically.”

But that is not the only human health danger of the emissions that lead to ozone. Lee Ann Hill, a senior scientist with Physicians, Scientists and Engineers for Healthy Energy, said volatile organic compounds include hazardous air pollutants such as benzene, toluene, xylenes, hexane and ethylbenzene. These chemicals can increase risks of cancer and can have other health impacts as well. For example, long-term exposure to benzene can lead to the body not producing enough new blood cells and toluene impacts the central nervous system, Hill said.

Additionally, Hill said chronic exposure to ethylbenzene can have adverse effects on the liver, kidneys and endocrine system.

She said people who are exposed to hexane for long periods of time can experience numbness in their extremities, muscular weakness and blurred vision.

Those volatile organic compounds can also have respiratory effects.

The health impacts the hazardous air pollutants can have is one reason why environmental advocates said the rule should be strengthened to include more frequent leak detection and repair activities near homes and schools. Occidental Petroleum, one of the major oil companies in the state, supported the environmental advocates proposal and NMED expressed support for it as well during the hearing.

Hill said increased leak detection and repair can reduce the emissions from facilities and, in that way, decrease the risks associated with living near oil and natural gas infrastructure.

Additionally, environmental advocates encouraged the EIB to strengthen the rules by requiring capturing or combusting of emissions during well completions and accelerating the schedule for replacing pneumatic controllers with zero-emission controllers.

Pneumatic controllers are one of the main sources of emissions. David McCabe, an atmospheric scientist for Clean Air Task Force, said the schedule NMED has proposed for replacing the pneumatic controllers with zero-emission alternatives is “far too slow.”

McCabe said there are several options to replace these controllers, including using compressed air rather than natural gas.

Another option is to use electric controllers, however industry groups pointed out that that may not always be feasible due to access to power lines and capacity of the electrical infrastructure in the area. There are electric controllers that can use solar panels and battery storage, McCabe said.

Industry representatives also pointed to supply chain challenges as a reason why oil and gas companies may struggle to meet short timeframes for retrofitting or replacing equipment such as pneumatic controllers. This could put operators out of compliance with the rule through factors outside of their control.

People speaking in support of the oil and natural gas industry argued that the rule is too restrictive and costly. They said it could lead to wells being plugged, which would reduce the revenue the state receives.

As costs go up to retrofit infrastructure, the oil and gas industry can’t raise the price that they sell their product, as Jerry McHugh, the CEO and president of San Juan Resources pointed out during public comment on Thursday.

“We don’t choose a price; we sell our natural gas and oil production,” he said.

McHugh said the oil and gas companies are at the mercy of the markets.

And, if companies were to close or production was to decrease because of the rules, the state budget would decrease.

State Rep. Larry Scott, R-.Hobbs, was one of the public commenters who expressed concerns about the costs of complying with the rule. He said more than 100,000 barrels of oil a day from low-producing wells will be placed at risk.

But Tom Alexander, a consultant for the Environmental Defense Fund who has past experience in the oil and gas industry, said if it is cost-prohibitive to retrofit a well to emit less, then perhaps the well should be plugged to prevent the state from having to clean it up in the future.

“From a policy perspective, we’ve got to, I think, quit trying to legislate into perpetual existence of every well that makes a sniff of gas or a gallon of oil per day,” he said. “If we do and continue to do this, I guarantee you, state by state will find itself the proud owner of tens of thousands more wells than are already orphaned.”

Orphaned or abandoned wells occur when the wells end up with no legal owner. This often occurs when companies go bankrupt. At that point, the state steps in to clean up the sites. While bonding requirements for oil and gas companies are intended to provide funding to clean up sites in those cases, the bonds are not high enough to cover all of the costs.

“As we all know, many states today are already heavily burdened with thousands upon thousands of wells,” Alexander said.

He said that has to stop.

“If the wells that are so valiantly being defended can’t shoulder minimal costs then they should be plugged while the operators and the well revenue is still viable,” Alexander said. “The argument to keep these wells going on and on and on, is tired, it’s been going on for decades. Look where it’s gotten us now.”