Please ensure Javascript is enabled for purposes of website accessibility Former Greenville mayor, turned environment advocate: How the air we breathe affects our kids is ‘critically important’ - THE CHICAGO HERALD Press "Enter" to skip to content 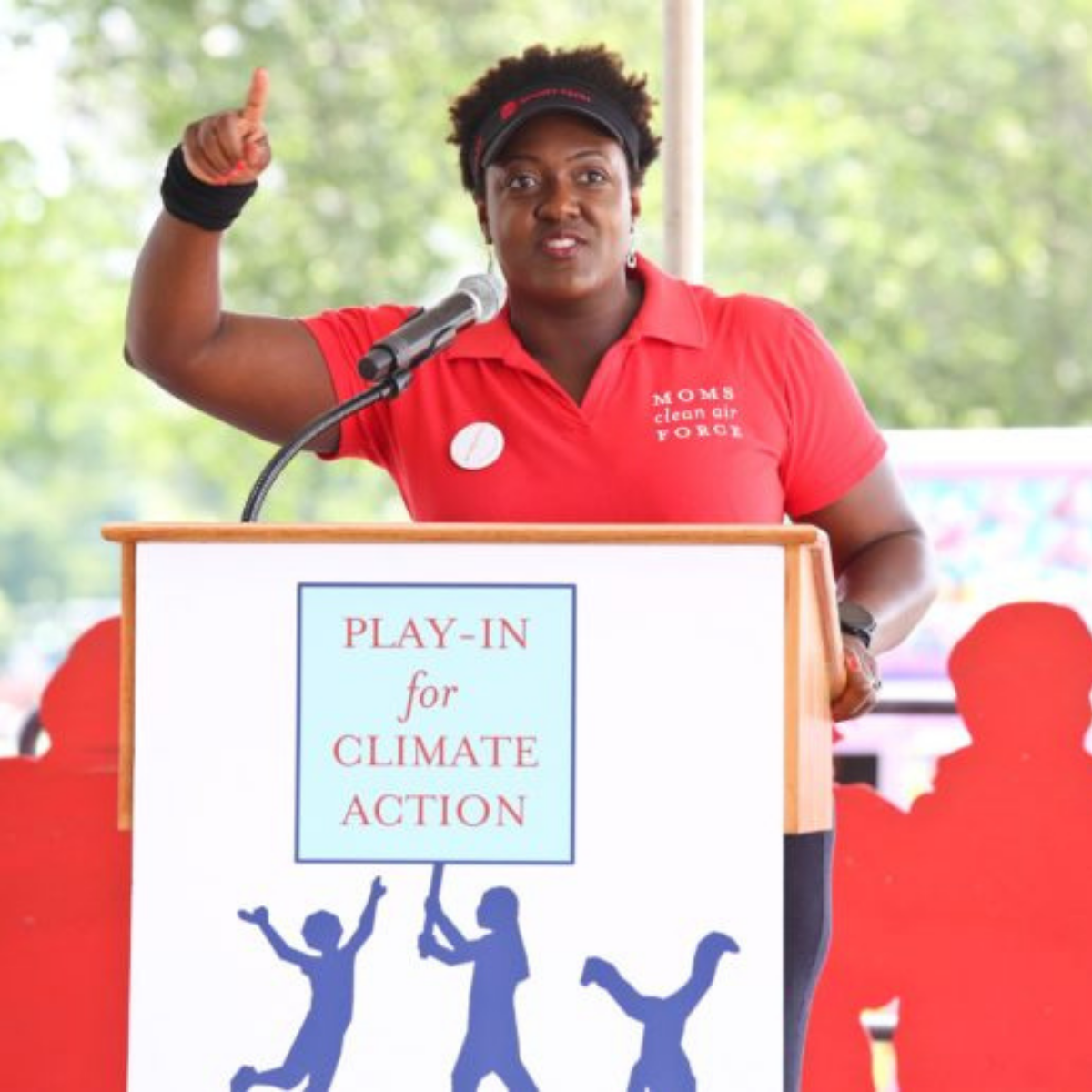 By ALEX ROZIER on September 4, 2020
Greenville native Heather McTeer Toney served as the Delta city’s mayor for two terms, from 2004 to 2012. She was Greenville’s youngest, first woman, and first black mayor. Toney went on to advise the U.S Environmental Protection Agency on local environmental issues around the country, and eventually was appointed Southeast Regional Administrator for the agency. Once the administration changed hands in 2017, Toney consulted for the Moms Clean Air Force, just a few months after having her son. She is now National Field Director for the group, which unites parents around the country against air pollution.

Toney now lives in Oxford, where she spoke with Mississippi Today’s environment reporter, Alex Rozier, over the phone for our Inform[H]er newsletter.

Q: Why is it important to focus on clean air from a mother’s perspective?

A: It’s critically important to be aware of how our children’s health is being greatly impacted just by the air we breathe. It’s one of those basic functions that we take for granted, but it’s hugely impacted by the environment in which we live, and the climate impacts that are taking place rapidly across the globe. Bringing awareness to this equips parents with the information they need to protect their kids —  just think of the number of children who have asthma, or are impacted by climate related health disparities. These are things that parents are staying up at night worrying about.

The United Nations has already released a report that said, globally, we have to take action to reduce climate impacts within the next ten years. If we don’t we will be in a place of irreversible harm, which means we can’t in any way shift a change in what will be coming — like the forest fires, or the floods that we’ve experienced, or the sea level rise. I just think it’s very, very important to understand what this impact means for my kids, your kids, all children, the next generation.

Q: In your work, both now and looking back with the EPA, raising issues specific not just to moms but black moms as well, how challenging is it to raise these issues in a field that’s often white and male dominated?

A: I think diversity is one of the issues we need to talk about a lot more when it comes to environmental issues overall. Just because the stereotype has always been that environmental concerns and climate concerns are overly white and male, and that’s not the reality. … The whole concept of what the people look like who are involved in this work, is not reflective of what I see on the ground.

I grew up alongside the Mississippi River, so water, air, land are all things that are natural to not just myself, but the people I was raised around. So much so that you don’t even think about (environmentalism) being protective of the environment. But I can promise you that if you’re in Greenville, and if you go in somebody’s backyard off of a certain street, you’re going to find a garden. This time of year you’re going to find mustard greens, collard greens, you’re going to find people growing things — because it’s a way of life. I think we have to begin to look at environmentalism in that perspective, through a very natural perspective of what we have always done, what people of color have always done, … the connection that we have to land lends itself to us being protective of that land. So we have to change the dynamic of what that looks like.

I think the challenge has come, for me, in that space — at EPA, but also mayor in Greenville — is getting people to see themselves as who they naturally are. I joke all the time about when my godmother was living, or anybody’s grandmother or godmother in the black community, can tell you when it’s going to rain because their arthritis acts up. Little things like that that we laugh about, as being Southernisms, whether you are black, white, are very cultural to us, are identifiers of who we are in the environmental sphere.

Q: How did you go from being mayor of Greenville to EPA regional administrator?

A: While I was mayor, one of the things I worked on was water issues. We were on the front page of the Washington Post back in August of 2009, about groundwater in Greenville. Unbeknownst to me, I was working on environmental issues just as part of what I was doing in my role as mayor. (Former EPA administrator Lisa Jackson) came to Greenville. We went to the wastewater treatment plants, and she told me, ‘You know you’re working on environmental issues, right?’ I was thinking economic development. And then she gave me an opportunity to be a part of the local government advisory committee for EPA, and then she asked me to chair that same committee. It was giving me a platform to elevate them, as well as elevate the importance of rural conversation and rural community in these decisions. That’s how I began my affiliation with EPA. Afterwards, when Gina McCarthy became administrator, I was asked if I would consider the Regional Administrator position. I got there from Greenville.

Q: Looking back at your time in Greenville and what’s going on there now, are there environmental issues that you wish you could’ve addressed as mayor or hope gets addressed there now?

A: Hindsight is always 20-20. I will say this, everything that I’ve learned was an opportunity for growth, not just for me personally, but even looking now, in terms of impacts of educating people on what can be done. I look at, for example, extreme weather and flooding as a climate implication that we were seeing back in 2005 and 2006. I had no idea how important that would be now — to not just being in a mode of response, but in a mode of preparation and finding ways to build sustainably. It’s just hard. Even now, looking at the entire Mississippi Delta region, we’re still talking about a part of the state that’s not as economically advantaged as other parts. And let’s face it, a part of the state that state leaders have not invested as much as they have in other parts. So it’s really hard for those mayors and local leaders to think through how to build things sustainably and cost effectively when they’re just trying to build, period. Like, I need a road that’s been washed away by a flood, and on top of that you want me to make a green road?

Q: Why did you decide to run? Did not having any mayors that looked like you influence that decision?

A: Yes and no. Greenville is home, it’s where I was raised. In my decision to run, these were the people that raised me — my Sunday school teacher, my band director, my English instructor. They had educated me to go to one of the top schools in the country, graduate from law school, and I felt strongly that I had to give back to my community in some way. That was the way I was raised, that was the way that my mother and father operated their lives in the community…

While it was great to have all these firsts (as youngest and first black woman mayor), it’s more important to have seconds and thirds and fourths and fifths, and it no longer be unusual to have a black mayor. We have a black mayor now. Errick Simmons is mayor now, and Errick Simmons was a classmate of mine, he sat on city council with me, I know him quite well. I know the challenges that come with that office, and he’s done a great job.

Q: On a less serious note, I saw that you’re a triathlete. Do you have a favorite or least favorite event of the three?

A: My favorite is swimming, my least favorite is cycling, by the time I get to running I’m just trying to get over it. Swimming is my favorite, I’ve been swimming for years, I used to swim with the Delta Aquatic Club as a kid. Cycling, just because I’m not good at cycling on hills, because I’m from the Delta and a lot of the races are usually on hills, it usually means I’m cussing a lot when I’m cycling. I love (triathlons). It allows me to get out of my head, relax, enjoy people and life and the outdoors. Coming across that line, there’s nothing like it.

The article was published at Former Greenville mayor, turned environment advocate: How the air we breathe affects our kids is ‘critically important’.