Please ensure Javascript is enabled for purposes of website accessibility Heinrich, Lujan seek wild and scenic river designation for the Gila - THE CHICAGO HERALD Press "Enter" to skip to content 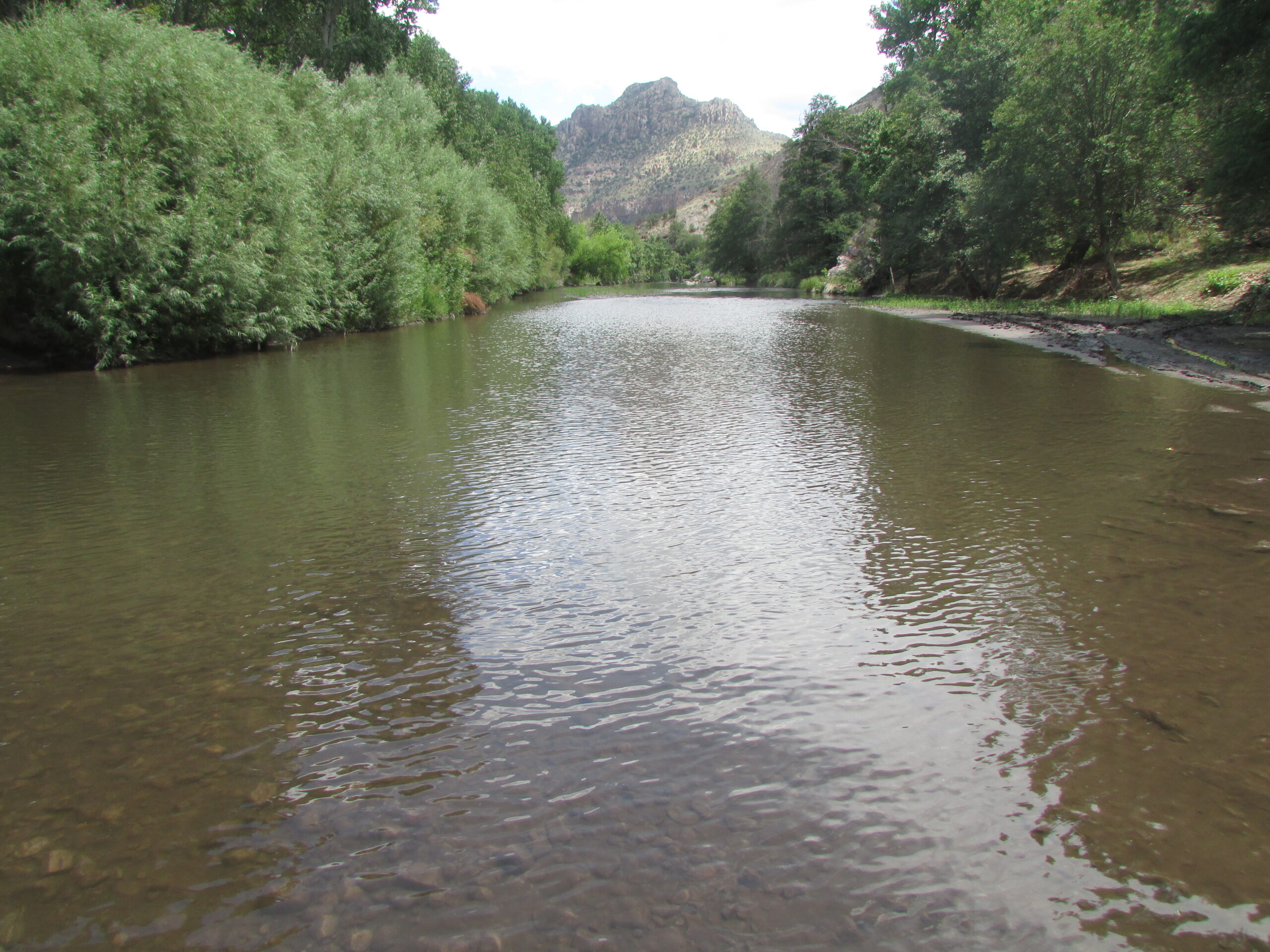 The Wild and Scenic River Act, which passed in 1968, helps protect free-flowing rivers by prohibiting the use of federal funds to support projects like dams or diversions that would harm the free-flowing condition or the water quality. The legislation introduced by Heinrich and Lujan would protect 446 miles of river segments in New Mexico under that law. Those river segments include portions of the Gila and San Francisco rivers as well as a part of the east fork of the Mimbres River. Additionally, the bill would transfer some property from the Gila National Forest to the Gila Cliff Dwellings National Monument.

There are currently four segments of river in New Mexico that are designated as wild and scenic. This includes the east fork of the Jemez River, the Rio Chama, the Rio Grande and the Pecos River.

The Gila River starts in the Black and Mogollon mountain ranges before ultimately joining with the Colorado River near Yuma, Arizona. This is not the first time Heinrich has sought protections for the Gila River. In 2020, he and then Senator Tom Udall introduced the legislation; however, it did not pass the Senate.

“Some of the clearest and most visible signs of the climate crisis in New Mexico and across the entire West are evident in the rapidly diminishing flows on the Colorado River and its rapidly shrinking reservoirs,” Heinrich said during a press conference on Tuesday.

He said the effort to protect one of the “few remaining wild and natural stretches of water” in the Colorado River basin watershed could not be more urgent in light of the climate crisis.

“One hundred years ago, this spectacular landscape surrounding the Gila River inspired a young forester named Aldo Leopold to call on the Forest Service to establish America’s very first wilderness area,” Heinrich said. “Leopold foresaw that we needed to set aside wilderness areas to protect what he called the last big stretches of wild country and I know I speak for many in saying how grateful I am for that foresight.”

Heinrich spoke about being drawn to the Gila Wilderness and how trips to the area have allowed him to grow closer with his family and friends and to reflect on what is important in life.

“The Gila Wilderness is still here to inspire us because of visionary people like Leopold who fought to protect it,” he said. “But we are increasingly recognizing that to truly protect the Gila’s wilderness character for generations to come we shouldn’t stop with just the landscape. We need to protect its wild and scenic water, which forms the beating heart of this landscape.”

Downstream the Gila River is primarily dry below the Coolidge Dam southeast of Globe, Arizona.

“Over the last century, there have been numerous proposals to construct similar dams or large scale diversion projects to dewater the upper Gila in New Mexico,” Heinrich said. “Thankfully, all of those proposals have failed. That means that we still have some of our few remaining wild and free flowing segments of river in New Mexico, and really in the entire Southwest.”

The most recent proposal for diverting the water in New Mexico’s Gila River aimed at providing 14,000 acre-feet to landowners. With climate change increasingly reducing the amount of water available for municipal and agricultural use in the southwest, proposals for diversions and reservoirs are not uncommon in the Colorado River basin.

In 2019, the organization American Rivers listed the Gila River as the most endangered in the country, citing the proposed diversion.

The proposal for diverting water officially died this year and the legislation would prevent federal support for future proposals for dams or large-scale diversions, although the senators say it will not interfere with existing water rights.

Heinrich said reservoirs are not the most effective way to store water.

“The most effective way we can store water is in our aquifers,” he said. “Oftentimes when we try to use reservoirs as a substitute for that, what you end up with is an enormous amount of evaporation that actually takes water out of the equation for those uses.”

Heinrich said when the proposed diversion project failed, it freed up an enormous amount of funding for use in solving water issues. That money, he said, can be spent in ways that actually produce the most water for the communities rather than just a few dozen beneficiaries. He said that spreads the benefit across multiple communities, counties and municipalities in southwest New Mexico.

“There is no greater gift we could leave our grandchildren than the permanent protection of New Mexico’s last free-flowing river, whose headwaters start in the birthplace of America’s first designated Wilderness,” said New Mexico Wild Executive Director Mark Allison in a press release. “This bill honors the original vision of Aldo Leopold and river champions like the late Dutch Salmon, without whose efforts this river we love would have been greatly diminished. The legislation also aims to preserve sites held sacred to communities that have called the Gila region home for centuries. The pandemic of the past two years has underscored for New Mexicans how irreplaceable our natural and cultural heritage is.”

Heinrich said the legislation will help the economy in nearby communities by protecting the river.

“Our legislation will permanently protect the Gila’s free flowing segments, attract more visitors to southwestern New Mexico and grow our outdoor recreation industry,” Heinrich said. “It will preserve the extraordinary scenic values found along many of the river segments and will help us protect vital habitat for unique native species like the Gila trout, the Gila chub and the common Black Hawk, which, ironically, is anything but common.”

Luján said growing up on a small farm taught him first-hand the “lessons that you learn working on the land, getting your hands dirty and developing connections to the very land and water the wonders of Mother Nature with incredible sight, scenic views, wildlife.”

“The Gila River is enjoyed by countless New Mexico families and helps bolster our state’s economy,” he said. “The Gila River also serves as a cultural resource for nearby communities, the critical water source and other traditional uses in our state. For generations, this community has been home to families who have been stewards of the land with such a unique impact across New Mexico.”

This article was originally posted on Heinrich, Lujan seek wild and scenic river designation for the Gila