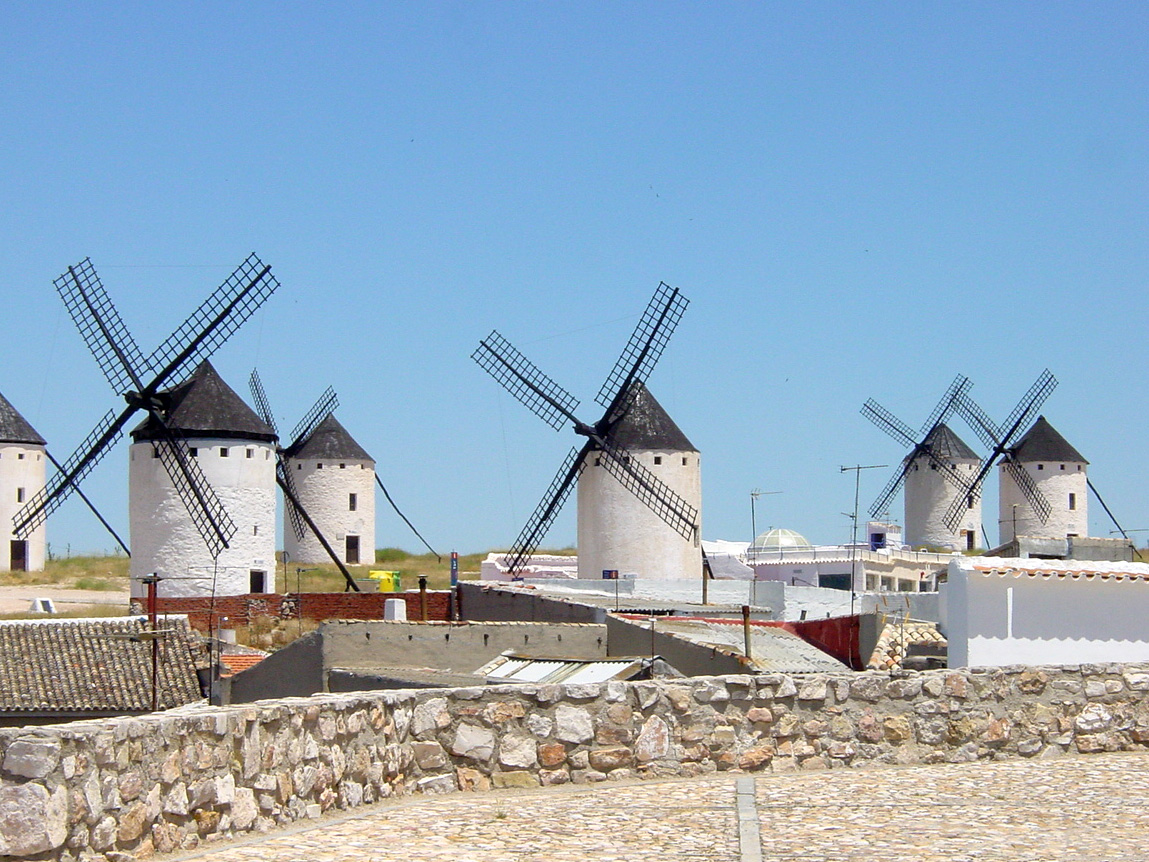 It is a sunny fall morning in Portugal, and the communal kitchen, running on solar power and biogas, has just finished serving breakfast. A group of children play fetch between the tables, and Marcus Dittrich, a German permaculture and social design expert, sips his tea.

Here in the community project Tamera, Dittrich and other environmentalists and social planning experts are planning to set up a live-in research station and educational center to explore ideas for more ecologically sound and socially inclusive refugee camps.

“We need to regenerate our relationship with the Earth and how we inhabit the planet,” says Dittrich. He is a member of the Blueprint Alliance, a group of ecologically minded design and planning experts focused on humanitarian aid and post-disaster intervention and support. He is currently working on a model refugee village that re-imagines the way settlements for displaced people are designed and set up.

“Refugee camps are an extreme expression of how disruptive our relationship with the planet and between people is,” says Dittrich. “We want to create a model for sustainable camps that are not only self-regenerating, but also culturally and socially more inclusive and cohesive.”

The model camp, called Blueprint 200, will be built on-site at Tamera, near Colos in southern Portugal, and will provide space to around 200 people. The design phase of the 330,000 euro ($406,000) project was funded by a Switzerland-headquartered non-profit organization. Construction is planned to be completed in 2018.

“Refugee camps are an extreme expression of how disruptive our relationship with the planet and between people is.”

According to site designers, the model camp will be a fully functioning living space made up of modular compartments or living quarters that can be easily scaled up and down and adapted to fit different cultures or climates around the world.

Designers will use the prototype camp to experiment with new technologies for sustainable water management, as well as greener ways of cooking, disposing of waste and generating electricity. The model, says Dittrich, will be designed in a way that will encourage social interaction between inhabitants while allowing them to be as autonomous and self-reliant as possible.

“[The project] shows an understanding of some of the key elements that we are currently dealing with, and may increasingly be dealing with over the coming years, and that’s promising to see,” says Christopher Earney, co-leader of U.N. refugee agency (UNHCR)’s Innovation Lab in Geneva.

“As with any innovation, the key will be to get regular and transparent feedback from users of the model and to ensure that infrastructural projects can benefit a wider group of people,” he says.

Dittrich says much of their research for Blueprint 200 has been based on site visits to camps around the world and detailed discussions with refugees and displaced people.

“We have researched many different camp scenarios while planning this model, looking at both temporary camps and more permanent refugee settlements,” says Dittrich. “We found huge differences in quality and conditions.”

“Some of the camps, for example in Algeria, have existed for 40 years. That’s a generation. People don’t want to live there permanently, but they do. It makes sense to think about how to build camps towards a regenerative way of living.”

While every camp has a different story depending on the local circumstances, too often basic human needs are not met, says Dittrich. Many camps lack basic infrastructure, because they have been set up rapidly or because everyone hoped the situation would be temporary, for example. Others are places of transit or semi-permanent settlements where inhabitants live in a state of constant limbo.

The lack of order is compounded by the fact that interactions in the camp can be politically or socially complex. That encourages social hierarchies to develop, which means amenities that should be available to everyone can be hijacked for financial gain.

A key principle of Blueprint 200 is making sure those who inhabit the camp and those who support them have a stake in maintaining a safe and ecologically sound environment to live in. “There is often tension between a host country and the population of the camp. In these circumstances, improved conditions could serve both sides,” says Dittrich.

The Tamera project is not the first time social-design concepts have been applied to refugee settlements.

An early example comes from 2012 when Anicet Adjahossou, an urban planner from Benin, worked with UNHCR to radically change the layout of living spaces for refugees from Dollo Ado camp in Ethiopia. Adjahossou realized the camp’s housing grid structure meant there were no functioning community spaces, inhibiting social interaction. He set up a new area of the camp where houses were arranged in a U-shape instead, allowing families to live in communities that closer resembled their villages back home and created space for a community garden in the middle.

There is also growing interest in applying renewable energy technology to camps. In May 2017, three years into its existence with only sporadic access to electricity during that time, the Jordanian camp Azraq become the first refugee camp in the world to go fully solar powered.

“There is tons of scattered information and technologies already available. What is not available is the holistic view,” says Dittrich. “We want to create a template based on principles of regeneration that can apply to different situations anywhere in the world.”

This story has been updated with more details about the project throughout.

Dittrich hopes Blueprint200 will be a way to bring some of these ideas together in one space, paired with an online knowledge platform, called the Living Manual.