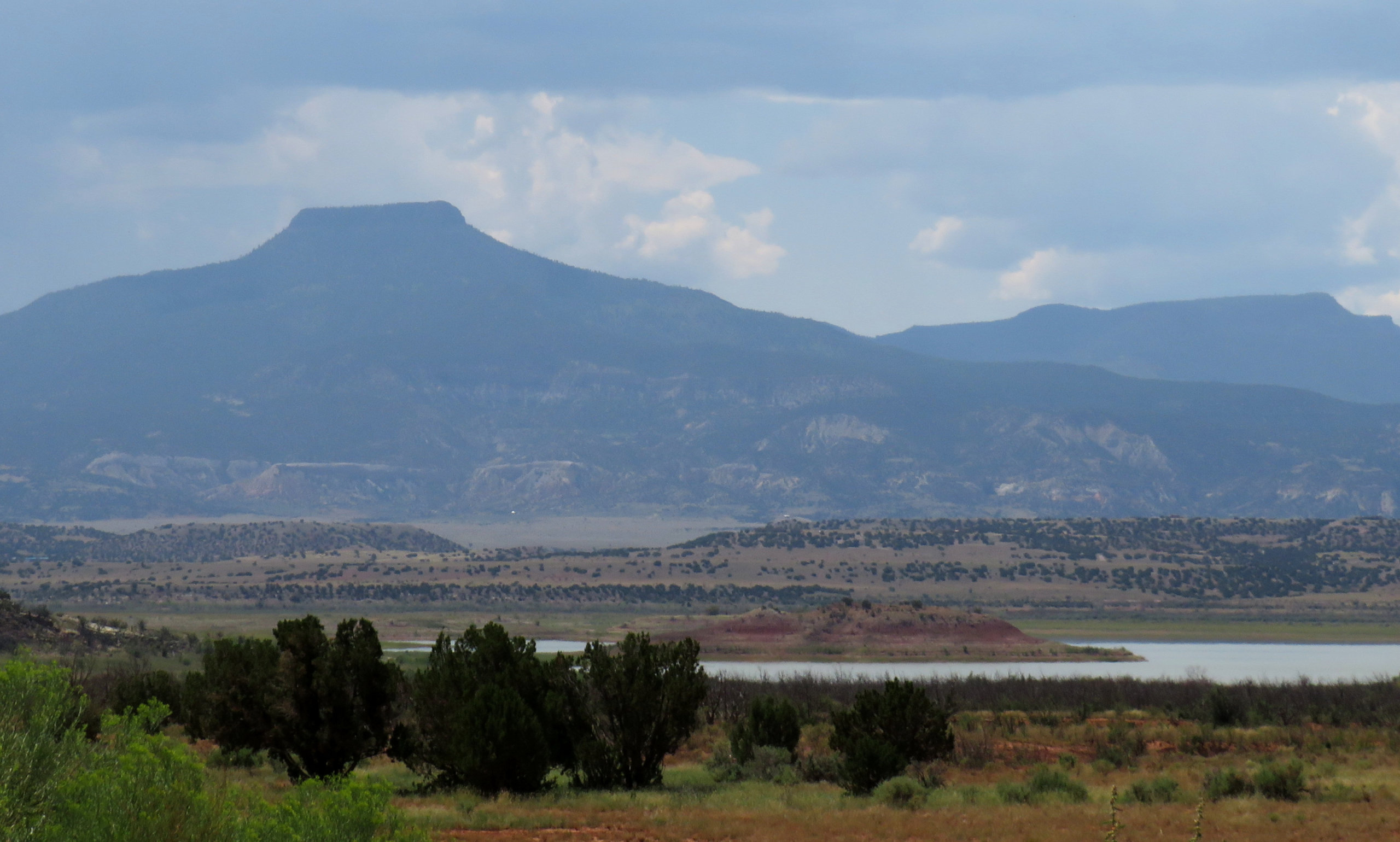 Amid the need for reservoir repairs and the decreased water levels due to drought and climate change, the Interstate Stream Commission’s staff is looking at ways to store some of the water from El Vado Reservoir downstream in Abiquiu Reservoir.

“Because of that, for the upcoming 2022 year, there will essentially be no storage in El Vado Reservoir,” she said.

Pegram said about 2,400 acre-feet of water will remain in El Vado during the repairs of the faceplate. That water will essentially be the deadpool water, meaning that it is too low to pass out of the lake through the outlet works at the dam. This will lead to water storage constraints for about two years while the work is being done and some water users will likely experience water shortages as a result.

Pegram said El Vado will be unusable for at least a year, if not two or three years. Once the faceplate repairs have been completed, the water levels in El Vado could be increased to 81,000 acre-feet, which is still less than half the maximum capacity of more than 195,000 acre-feet.

The Interstate Stream Commission and the Office of the State Engineer have been working with the Bureau of Reclamation and the U.S. Army Corps of Engineers to look at possibilities for storing water downstream of El Vado in Abiquiu Reservoir.

El Vado, Heron and Abiquiu reservoirs are a trio of storage facilities located on the Rio Chama, which later joins the Rio Grande near Española. The proposal for storing water in Abiquiu may require Rio Grande Compact Commission approval and Pegram said it may also require a National Environmental Policy Act review as well as approval from the state engineer and the Army Corps of Engineers.

This comes as reservoirs throughout the Rio Grande system are experiencing low levels due to drought and climate change.

“Our goal is to balance the needs of water users for the Rio Grande Basin while fulfilling Rio Grande Compact obligations,” Chris Shaw with the Interstate Stream Commission said.

Shaw said the ongoing drought coupled with New Mexico’s debit status under the Rio Grande Compact complicates the effort. The state has accrued a 96,300 acre-foot debit, meaning that it owed water to Texas.

The Rio Grande Compact’s water storage restrictions, which are in place due to the low levels of water in Elephant Butte Reservoir, prevent New Mexico from increasing the amount of Rio Grande water stored in reservoirs constructed after 1929. That includes Abiquiu, El Vado and Heron reservoirs.

Shaw said one of the issues that remains to be evaluated is how much water is needed to guarantee that the six Middle Rio Grande Pueblos are able to irrigate 8,884 acres of land within the Middle Rio Grande Conservancy District.

Commissioner Mike Hamman said the option of storing the water in Abiquiu Reservoir will have benefits beyond just ensuring there is enough water when El Vado is out of operation. He said it will provide additional flexibility even once El Vado’s full storage capacity is once again available.

Hamman further described the possibility as a great opportunity and a resource to expand as the state looks to serious problems with climate change.

“We’re going to use every tool that we can get our hands on,” he said.