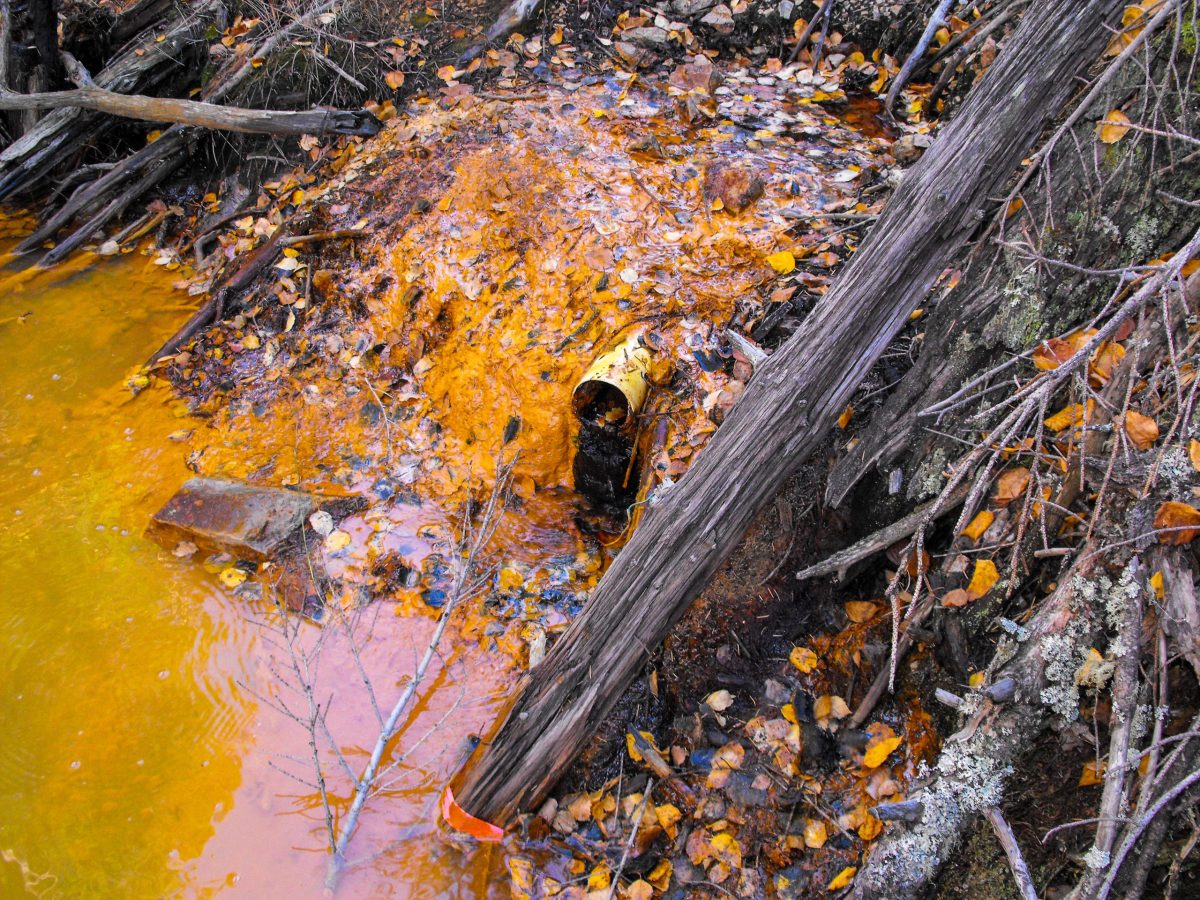 The Fort Belknap Indian Community and three conservation groups are petitioning the Interior Department’s Office of Inspector General to investigate the cause of the department’s failure to keep a mineral withdrawal — a regulatory tool that blocks federal agencies from approving new mining claims — in force at the Zortman-Landusky reclamation area near the Fort Belknap Reservation. As a result of a 48-hour gap in protections on Oct. 5 and 6, 2020, 10 new mining claims were filed in an area still grappling with an acid mine drainage clean-up that has cost more than $77 million to date and is expected to continue for generations.

“We deserve an explanation,” FBIC President Andrew Werk Jr. said in a press release about the petition. “Whether the Department’s failure to properly implement the closure was an honest — albeit careless — mistake or the result of intentional misconduct, the consequences are enormous for the health and wellbeing of our people. With stakes this high, we must have accountability.”

In the 1980s and 1990s, 2.5 million ounces of gold were mined from the Zortman and Landusky mines with cyanide heap leaching. In 1998, the mines’ owner Pegasus Gold filed for bankruptcy, leaving federal and state agencies with a massive clean-up effort. As a result of past gold and silver mining operations, the Gros Ventre and Assiniboine Tribes have been dealing with surface and groundwater pollution as well as metals pollution throughout the Little Rocky Mountains in north-central Montana for more than 20 years.

In the complaint, the groups argue that given the research and planning that’s required before a person or corporation can stake and file a mining claim, it’s suspicious that Bozeman-based Blue Arc, LLC was able to take advantage of the 48-hour window between the expiration of the old order and the implementation of a new one to stake the 10 new claims.

In 2000, to facilitate ongoing reclamation work, the Interior Department issued a five-year order preventing entities from filing new mining claims on the site’s 3,530 acres of public land. After three subsequent five-year extensions, the department was preparing to issue a 20-year mineral withdrawal to go into effect in October 2020. But because notice of the 20-year order was published in the Federal Register three days after the expiration of the preceding 5-year order, there was a two-day gap during which new mining claims were not prohibited. The Federal Register is a government log book where rules, proposed rules and executive orders pertaining to federal agencies are publicly noticed.

Conservation groups Montana Environmental Information Center, Earthworks and Trout Unlimited also signed on to the FBIC letter. The petitioners are asking the Interior Department’s Inspector General to investigate why the 20-year ban on claims wasn’t filed in a timely manner, who was responsible for filing the order, if there was communication between the Bureau of Land Management or the Interior Department and Blue Arc or its executives, and what steps are being taken to address the lapse. They also want to know why the new 20-year mineral withdrawal order applies to a smaller geographic area than the preceding order, and who made that decision. The new withdrawal area applies to 842 fewer acres than the previous one.

“The public has spent tens of millions of dollars to reclaim and control the pollution at the former Zortman-Landusky mine site. The fact that someone went up there and staked new mining claims is a slap in the face to the taxpayer, the Fort Belknap Tribe, and the clean water of the area,” Montana Environmental Information Center staff attorney Derf Johnson said in a release.

In the early 2000s, Luke Ployhar, who owns Blue Arc with his wife, purchased mining claims totaling more than 1,000 acres from the Pegasus bankruptcy trustee. Ployhar now owns much of the former mine. He told Montana Free Press Wednesday that Blue Arc isn’t currently mining the site, but that records he obtained from Pegasus indicate there is mineralization on his new claims. Part of the reason he staked the claims on public property, he said, is to “secure a buffer zone” around the land he owns. Ployhar said there is potential for future gold mining at the site based on the outcome of an application for mineral exploration that’s currently before the Montana Department of Environmental Quality and the results of future sampling.

Ployhar added that as far as he knows the claims were processed by the Bureau of Land Management without issue.

“[The withdrawal] lapsed. We did what we were allowed to do,” he said “My understanding is that [BLM] has gone through and everything is good.”

Ployhar said he wasn’t aware that the agency was planning to implement a 20-year mineral withdrawal order once the preceding five-year order expired.

Blue Arc recently applied for a mineral exploration license from the Montana Department of Environmental Quality to remove 1,000 tons of rock from the site of the former mine at Zortman. The FBIC, Earthworks and MEIC sued DEQ to challenge that application, arguing that the agency failed to consult with tribes and properly consider the impacts of new mining operations.

Blue Arc proposes to use an excavator with a hydraulic hammer to remove material from an exposed rock face in an area that was mined for gold and silver in the 1980s and 1990s. If the application is approved, Blue Arc would build 2,400 feet of road to access the 1.4 acre excavation site. The collected rock would then be shipped to a facility in Nevada for testing.
Ployhar said that to the best of his knowledge DEQ is still evaluating the application.