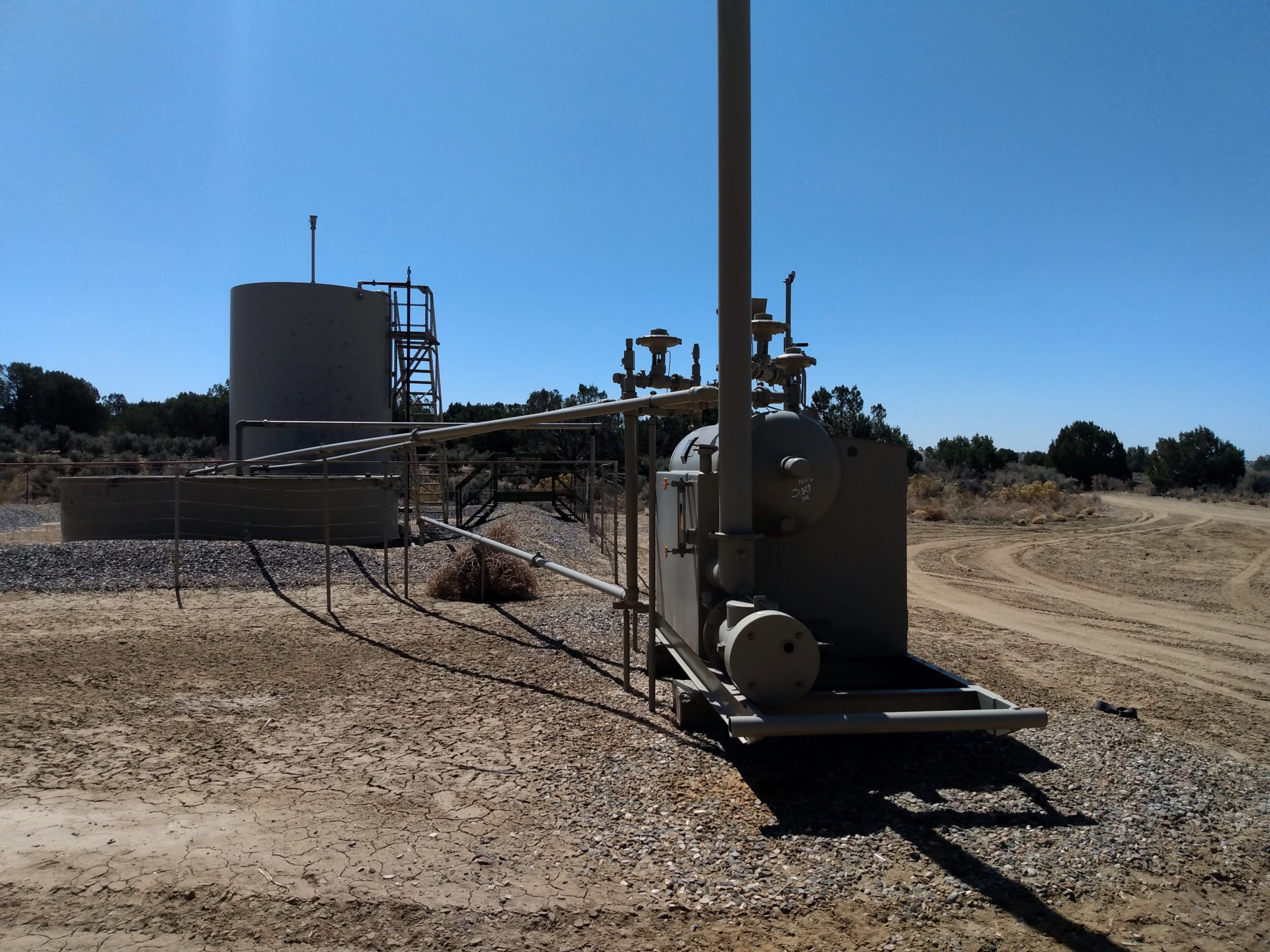 The hearing is anticipated to take two weeks and public comments are being accepted at multiple times each day during the process. Additionally, recordings of the hearing will be posted on YouTube.

The EIB will not vote on the rule until after the parties have filed post-hearing briefs and proposed findings of fact and conclusions of law. The hearing examiner will also file her report prior to the EIB voting on the measure.

The final rule will go into effect sometime in 2022, according to NMED.

Some of the topics that will be discussed include frequency of leak detection and repair inspections at wells that don’t produce lots of emissions and the use of natural gas powered pneumatic controls.

During the opening statements, Lara Katz, assistant general counsel for NMED, explained the background of the rulemaking process, which stems from an executive order Gov. Michelle Lujan Grisham issued in 2019. This order directed NMED and its sister agency, the Energy Minerals and Natural Resources Department, to develop rules to address emissions from the oil and gas sector. The Oil Conservation Commission has already adopted the methane regulations developed by EMNRD.

“We collaborated with thousands of New Mexicans over two years to develop a nationally-leading draft ozone rule,” NMED Secretary James Kenney said in a press release. “If adopted by the Board, our proposed rule will effectively, fairly and economically reduce emissions from the oil and gas industry.”

But the ozone precursor pollutant rules are important even without the order, as communities could lose access to federal funding if the ozone levels surpass the federal attainment standards.

Katz said New Mexico has become the second largest producer of oil and gas in the United States and while that growth has occurred, ozone levels have increased.

Katz described the rulemaking process as an opportunity for the EIB to make decisions about how to cut the emissions that lead to ozone forming rather than the U.S. Environmental Protection Agency stepping in and making those decisions for areas of the state that are at risk of entering non-attainment.

By controlling emissions like oxides of nitrogen and volatile organic compounds, the rule will have further benefits of reducing methane emissions in New Mexico.

High levels of ozone can impact some visitors’ ability to recreate outdoors at Carlsbad Caverns National Park, according to John Vimont with the National Park Service’s Air Resources Division.

Vimont said the National Park Service has measured levels of ozone exceeding National Ambient Air Quality standards and that this ozone comes from volatile organic compounds and oxides of nitrogen traced to oil and natural gas extraction in the Eddy County area.

“We must have stronger rules like those that are being proposed today, rules that require things like frequent inspections, especially in places near schools and neighborhoods, that can be realistically enforced,” Kayley Shoup, a community organizer for the Carlsbad-based group Citizens Caring for the Future, said during public comments.

She emphasized the need to put the health of front line communities at the forefront of the discussion.

“When we value doing what is right and not just politically simple, we set off a ripple that becomes a wave,” she said. “And that wave makes real and meaningful change.”