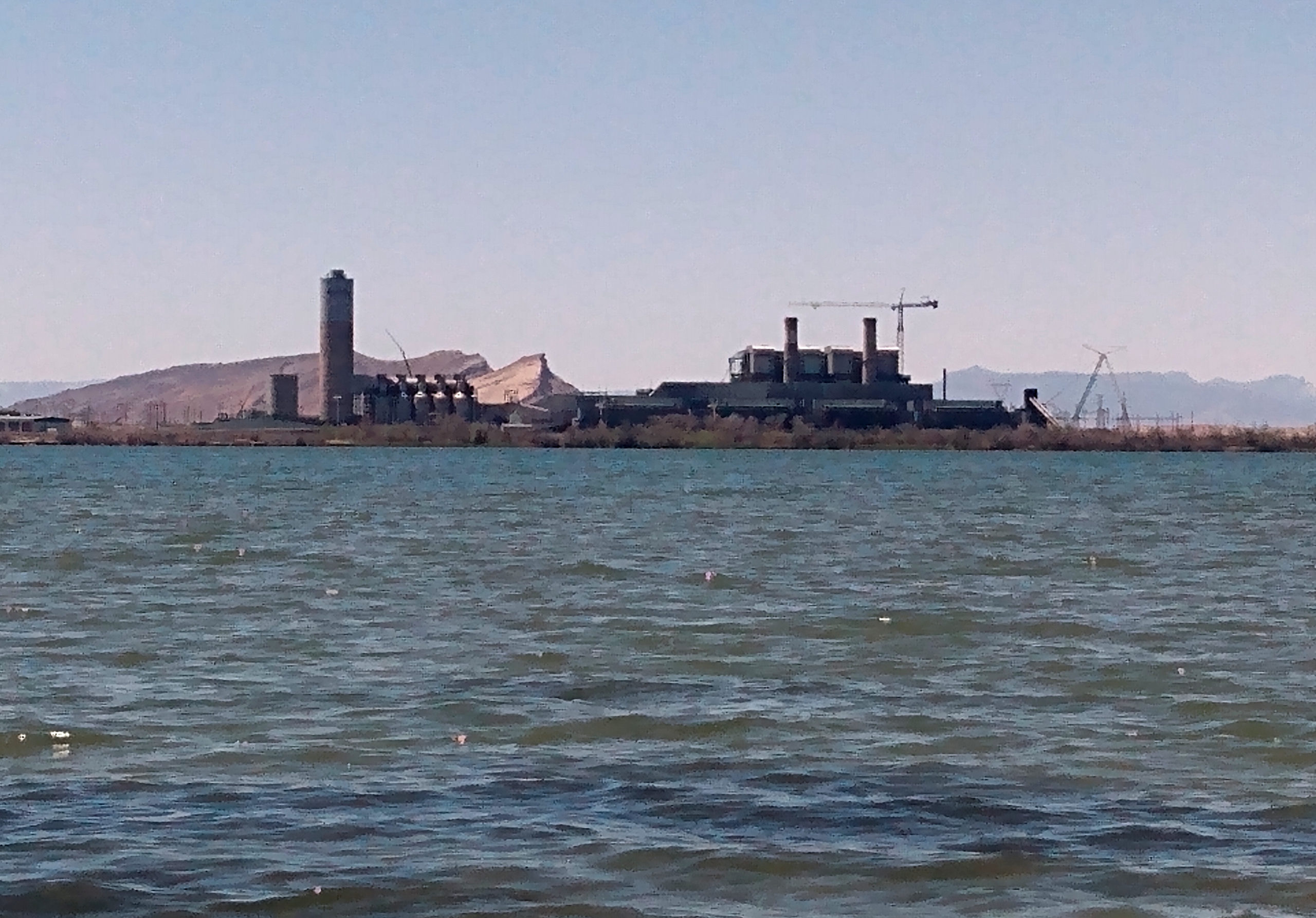 The hearing examiner, Anthony Medeiros, recommended that the state regulators approve PNM’s application to transfer its shares in the coal-fired power plant to NTEC in 2024.

About a year ago, PNM announced the plans to sell its 13 percent share to NTEC, a Navajo Nation enterprise, for $1 and to pay NTEC $75 million to assume its obligations under the coal supply agreement. The PNM shareholders are paying the $75 million. PNM claims that transferring its ownership shares to NTEC will save customers $30 million to $300 million.

NTEC currently owns 7 percent of the power plant and the acquisition of PNM’s 13 percent stake in the Four Corners plant would make NTEC the second largest owner of shares in the facility. The majority owner of the Four Corners Power Plant is Arizona Public Service Company.

“Among other benefits of the bargain, the sale and transfer will strengthen the Navajo Nation’s position in determining the future of a plant that, it should not be forgotten, has been operating on its sovereign soil and producing electricity for non-indigenous consumers and far flung communities for nearly sixty years,” Medeiros wrote in his recommended decision.

PNM argues that the transfer will give Navajo Nation a larger voice in decisions that directly impact the tribe.

In a phone interview with NM Political Report, PNM Vice President of Generation Tom Fallgren highlighted that nearly a quarter of Navajo Nation’s general fund budget comes from the Four Corners Power Plant and PNM spokesman Ray Sandoval added that two of the four coal-fired power plants located in and around the Navajo Nation have already closed. Sandoval said Four Corners Power Plant will be the last of the four plants to close.

“This has to be the transition and that’s exactly what the Energy Transition Act said is that we needed to make the transition in a responsible way,” he said, adding that the transfer will provide benefits to customers and the environment while also treating workers fairly.

The majority of the 700 workers at the Four Corners Power Plant and the Navajo Mine are Navajo.

“These transitions are difficult. They can have significant impacts on the local communities,” Fallgren said.

He said the Navajo Nation will be hit hardest by the closure of the Four Corners Power Plant.

The transfer has received opposition from various groups who say it could prevent an early closure of the power plant prior to 2031 by precluding PNM from voting on such a measure.

Medeiros also found that no evidence was presented that the plant would close earlier than 2031 if the transfer was rejected, except for hypothetical scenarios.

While PNM would be able to end its use of the coal-fired power plant in 2031 if the transfer is rejected, Medeiros said the “delay would eliminate financial benefits to customers; it would also delay by at least six years the economic development and ETA transition funding to the Navajo Nation and local communities and thus squander critical benefits that the early abandonment and transfer affords.”

At the same time, the recommended decision would also require PNM to amend its application to state that if, prior to the transfer of the power plant, all the owners of the Four Corners Power Plant with the exception of NTEC wish to end operations early, PNM will not block or veto those efforts. An early closure of the power plant requires all the owners to reach a unanimous agreement. If PNM was to decide to leave its shares of the power plant without transferring its ownership shares, it could face penalties and default payments. It would also be required to continue paying its share of operating costs and coal supply through 2031.

Fallgren said as soon as the recommended decision was released on Friday, PNM began discussions with NTEC regarding that amendment and, while PNM is optimistic about being able to meet that requirement, it does require NTEC to agree as well. NTEC will want to ensure that the facility will be operational when it acquires PNM’s shares.

Sandoval said that PNM approached the other owners of the Four Corners Power Plant about closing it all together, but the other utilities still needed the facility to meet electricity demand during the summer months. The owners have reached an agreement to operate one of the units at the power plant on a seasonal basis and, for seven months out of the year, the unit will sit idle. At the same time, he said employees will continue being paid. The other unit will remain operational year round.

Fallgren said it is easier for PNM to leave its shares of the Four Corners Power Plant than it is for some of the other owners who receive more electricity from the facility. PNM will have to replace 200 megawatts when it leaves the power plant and send out requests for proposals in June for replacement power. APS, on the other hand, receives 1,000 megawatts from the facility and is in the process of leaving other coal-fired power plants. If the power plant was to shutter too early, he warned that customers in the southwest could experience rolling black outs and increased costs of power.

The Energy Transition Act, which became state law in 2019, is one of the key components of the transfer discussions. This law provided a financing mechanism to help utilities exit coal-fired power plants and also created increasing renewable portfolio standards with the goal of decarbonizing the electric utility sector.

“What the ETA did is it got everybody in New Mexico moving in the right in the same direction,” Fallgren said. “But we have to be careful that we can do it while maintaining the reliability of the system and we’re not going to drive customers’ costs through the roof. Because if we drive costs through the roof, or we start having blackouts, well then the whole path that we’re on to carbon free is going to derail.”

He said while there is a push to decarbonize and PNM supports that effort, it has to be done in a responsible manner.

Fallgren said one of the big wins if the state regulators approve the transfer is that the community will be able to access energy transition funds to help with economic development and workforce training. These funds will be available through securitization—or low-interest bonds that PNM will use to essentially refinance the past investments into the plant. These bonds were made possible through the Energy Transition Act, which became state law in 2019. This mechanism has only been used once before—when PNM got approval from state regulators to close the San Juan Generating Station in 2022. However, the securitization of the San Juan Generating Station is currently tied up in court. The non-profit advocacy group New Energy Economy, a frequent opponent of PNM’s plans, filed a lawsuit in the state’s supreme court challenging the constitutionality of the securitization. New Energy Economy supports the assistance to impacted communities, but argues that shareholders rather than ratepayers should pay the bill.

The three departments have an Energy Transition Committee that helps vet projects for funding. The project proposals for the energy transition funds from the San Juan Generating Station securitization have included several projects that use fossil fuels, including blue hydrogen and liquified natural gas.

The Energy Transition Act also includes requirements for decreasing use of fossil fuels. Western Resource Advocates argued that the transfer of ownership to NTEC is not in compliance with the Energy Transition Act, which includes language stating that utilities cannot transfer emission sources to other entities to comply with the law’s requirements. Fallgren said that the transfer is not being done to comply with the increasing requirements for clean and renewable energy under state law.

In the recommended decision, Medeiros states that he agrees with WRA that “selling an ownership interest in a coal-fired plant and replacing the power with a more climate friendly generation portfolio should not be counted as compliance with the ETA,” but he said that is not what it appears PNM is claiming to do.

New Energy Economy and some of the other intervenors in the Four Corners case argued that PNM should not receive the amount in securitization that it requested because some of the past investments in the power plant may have been imprudently made. This dates back to an unresolved issue in a 2016 rate case.

The New Mexico Office of the Attorney General, which intervened in the case, argued that PNM should only be allowed up to $29.3 million in securitization and should not be able to refinance the investments that were found to be imprudent in the 2016 case.

Fallgren said the allegedly imprudent investments are already in the customer’s rate base.

In the 2016 case, the PRC left the prudence review question undecided and allowed for it to be determined in the next rate case. This has not yet happened.

Some intervenors also said the state regulators should reject the transfer because PNM has not yet applied for replacement resources. The PRC staff argued that this is enough justification to reject the transfer. This comes as some of the replacement power sources approved for the San Juan Generating Station have been delayed due to supply chain issues and PRC staff stated in the Four Corners case that “given the difficulties in constructing resources approved some time ago, it would be irresponsible for the Commission to authorize PNM to abandon its interest in FCPP without confidence that the generation from the abandoned facility would be adequately replaced.”

Fallgren said PNM hopes to file its application for replacement resources early in 2022.

PNM will not need to replace as many megawatts of power as it does for the San Juan Generating Station and, currently, anticipates having more time for the replacement resources to be built for Four Corners Power Plant.