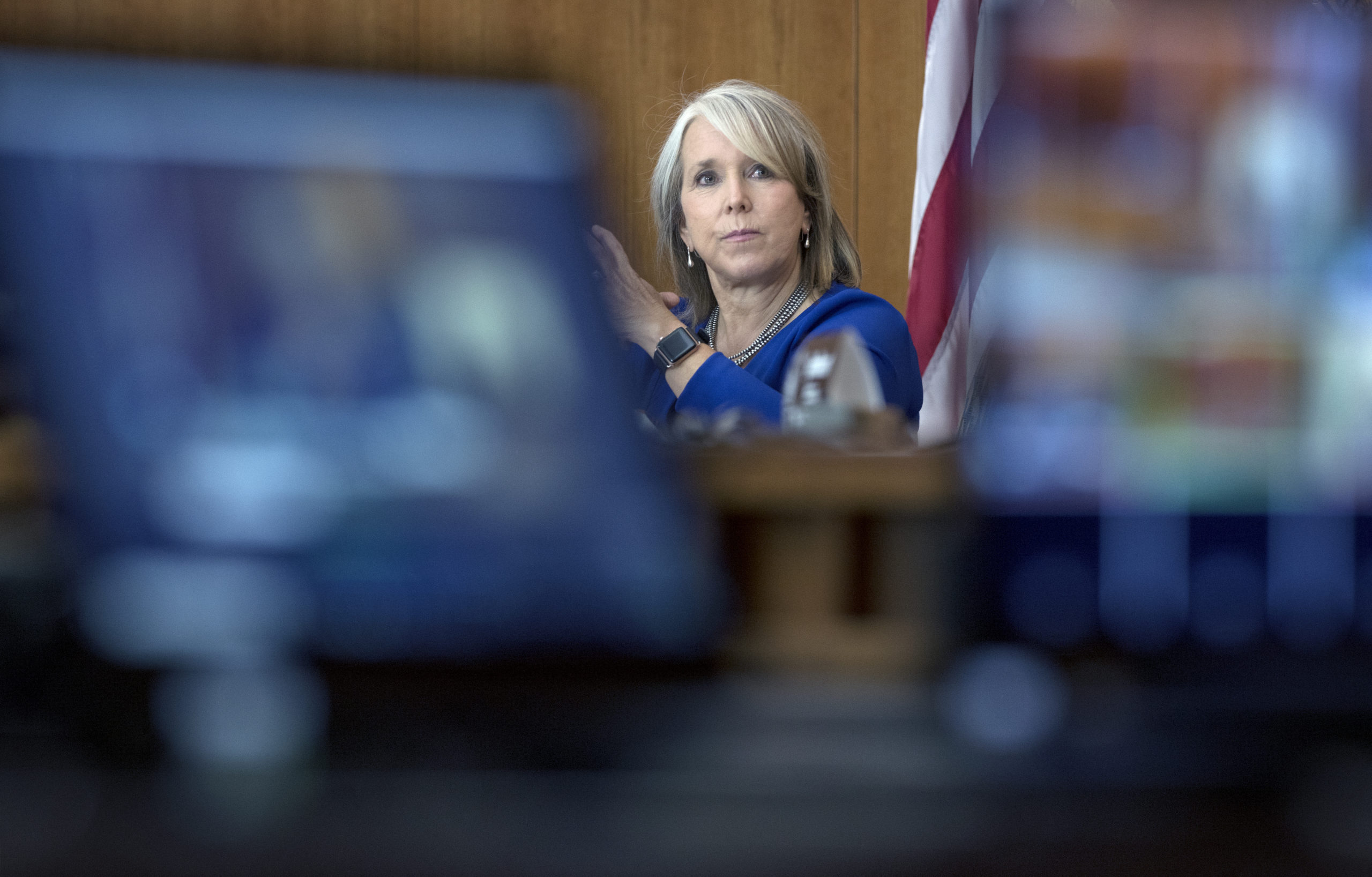 Gov. Michelle Lujan Grisham further outlined the changes to the state’s public health order, which will go into effect on Saturday and last through at least September 18, and officials provided updates on preparations for a return to in-person learning for some elementary school students in September.

“As we begin reopening, this is not an invitation to go back to everything we’ve always done,” he said. He said it was part of a small, gradual reopening.

The easing of restrictions includes allowing indoor dining for the first time in over six weeks. The state shut down indoor dining as of July 13 after an increase in cases in previous weeks.

Restaurants can have up to 25 percent of maximum capacity in indoor areas and 75 percent in outdoor areas, as long as COVID-safe regulations are followed, which include space between tables.

Additionally, museums with static displays will be able to open to 25 percent capacity. Museums with interactive exhibits will remain closed.

The state also said that the prohibition on mass gatherings now applies to groups of ten or more people, double the previous amount.

This includes wearing masks, staying socially distant and staying home as much as possible. When it comes to masks, the state advised residents to not wear masks with valves, since that would allow more droplets, the main way COVID-19 is spread, into the air.

Many other things did not change, including the fourteen-day quarantine requirement for those who have traveled from out-of-state. The governor said state officials believe there is some room for adjusting this going forward.

This all comes with the specter of Labor Day and potential large gatherings, as well as schools reopening to some in-person instruction.

Lujan Grisham encouraged New Mexicans to be more careful than they were on the 4th of July and Memorial Day.

“Our caution did not work. We were turning away people at parks and lakes,” she said. “Folks were trying to camp, there were large gatherings, folks were not wearing masks, people were coming from out-of-state.”

The state will introduce even more risk when it comes to opening schools.

The state also began to roll out some of its criteria for allowing schools to open to in-person instruction on September 8.

Public Education Department Secretary Ryan Stewart said the top priority would be safety for those who would be in schools.

“We have to be able to ensure the health and safety of every single student and every single staff member and educator who comes into a building when we start bringing students back to campus,” he said.

To do so, school districts and schools would need to meet strict criteria and have plans approved by the Public Education Department to allow students in schools for a hybrid model.

Part of this was meeting statewide gating criteria—which the state has met in recent days—but also for the counties in which the districts reside to meet low levels of spread.

The state will monitor on a 14-day rolling average counties with fewer than 8 daily cases per 100,000 and with a test positivity rate of 5 percent or lower to see which counties can have in-person instruction.

“We have to be able to say to every educator, to every student who comes in that we’re only opening schools where we’ve gotten to the point where the likelihood of somebody walking into the school with COVID has been reduced and the likelihood that this disease is spreading in any particular community has been reduced to the point where we can do that safely,” Stewart said.

As for the plans, Stewart said about one-third of charter schools have already received approval, with others close to getting approval. A little less than half of school districts have done so, also with a few that are close to getting final approval.

Scrase said the state would also have adjustments for counties with very low populations so that a single case or two cases wouldn’t automatically put those counties out of compliance.

Scrase also said that they are in a better place than states like Georgia, Mississippi and Indiana, which reported large outbreaks after reopening schools.

“If they had had our gating criteria and used them, they never would have opened schools the way they did,” Scrase said.

Still, he was optimistic.

“Let’s make New Mexico the safest school in the country for kids to go back to school,” he said.

Modeling update, plus a look to flu season

Scrase was also positive with the overall trends, which included updates on gating criteria from earlier this week, in the state.

Still, he said, “Overall the news is great.”

New Mexico has among the lowest positivity rate, or the percentage of positive tests to total tests conducted, in the nation and by far the best in the region.

And the spread rate was “stable.”

“It’s below one, which means each person who has COVID is infecting less than one person,” Scrase said.

Because of the positive trends, he encouraged anyone who has put off routine health care appointments to get those done before flu season, when experts fear COVID-19 will have another resurgence.

“If you’ve put off thoser preventive checkups, health screens, mammograms, maybe checking your cholesterol if that’s something your doctor does every year… please make that call,” Scrase said.

Scrase said they hoped to have more data on what to expect from this year’s flu season from countries in the southern hemisphere, where winter is coming to an end soon.

Flu season peaks over the winter, likely because of more indoor activities.

But, he encouraged as many people as possible to get flu vaccines.

The article was published at State outlines further reopening, begins plans for some in-person learning.