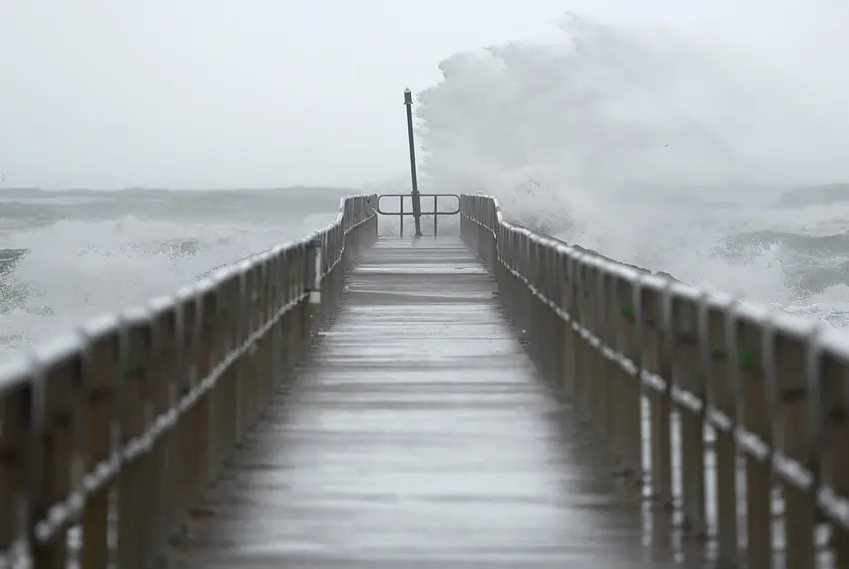 Nearly 500,000 customers in coastal counties were still without power Tuesday morning. Debris littered roadways across the region. But emergency officials had no reports of fatalities or major property damage.

If it’s your property, you’re going to call it major damage,” Matagorda County Constable Ricky Bort said. But overall, when you look at the community, I think we fared well.”

Nicholas made landfall as a Category 1 hurricane in Matagorda County. While the National Weather Service initially reported Tuesday morning that a Galveston weather station recorded more than a foot of rain from Nicholas, that amount was later revised down. The coastal areas of Texas around Galveston saw closer to between 6 and 9 inches of rain, a League City meteorologist told The Texas Tribune.

Meanwhile, Harris County, which includes Houston, saw between 3 and 6 inches of rain, according to a NWS late-morning update. In Deer Park, 9.85 inches of rain were recorded, a NWS notice said.

The damage in Galveston was largely limited to debris and flooding in parts of town that normally flood, Galveston Mayor Craig Brown told the Daily News.

“What caught us a little by surprise was the speed of the winds,” Brown said. “They were a little heavier with more force than we thought.”

The storm was more of a wind event than a rain event in Houston, although the wind damage was limited, Harris County Judge Lina Hidalgo said during a Tuesday morning press conference. Harris County has not received any reports of fatalities or injuries from the storm, Hidalgo said.

We don’t see anything major, but there is some debris out on the road,” Hidalgo said. “We are grateful the impacts were not worse.”

Still, emergency officials cautioned residents against venturing outside before the cleanup is done.

“We have debris and trees across the road and live electric wires down,” Brazoria County spokesperson Sharon Trowler said. “We’re just encouraging people to stay inside until things kind of clear up.”

Nicholas has weakened significantly since it made landfall overnight. The storm’s maximum sustained winds fell to 45 mph as of 10 a.m. — down from 60 mph a few hours earlier. The National Weather Service expects to downgrade Nicholas from a tropical storm to a tropical depression by Tuesday night.

Still, the storm is considered life-threatening, with storm surge and tropical storm warnings still in effect along some areas of the Texas coast and in parts of central and southern Louisiana. Nicholas was 10 miles southeast of Houston as of 10 a.m., the National Weather Service said.

Some river flooding and up to 10 inches of rainfall are expected across the South from Louisiana to the western Florida panhandle through Thursday — with some areas of Louisiana projected to get up to 20 inches of rain.