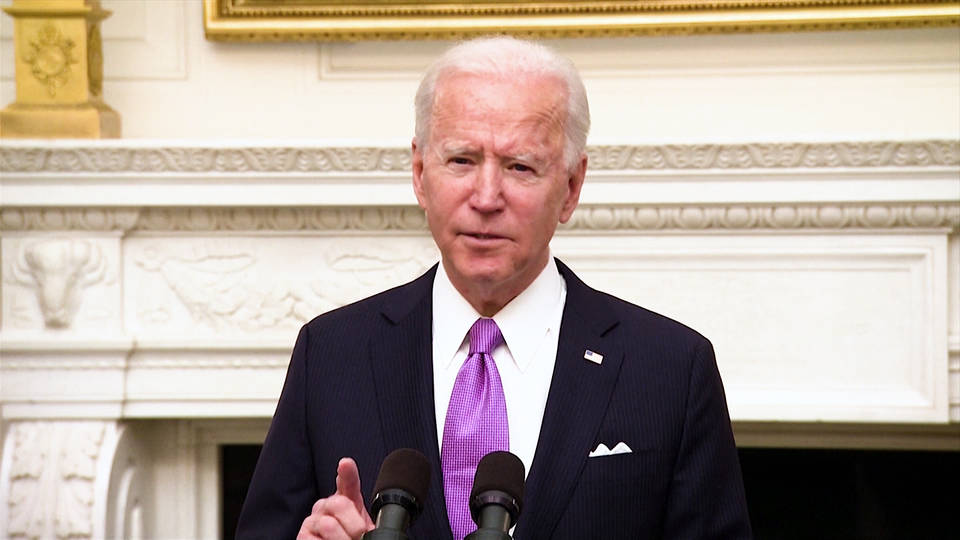 Two for one: How Biden’s plan to cut child poverty could boost student learning

Jodi Rosenbaum works at an elementary school in Arlington, Virginia, where she helps to patch America’s social safety net.

She organizes food drives, helps families access benefits, and distributes coats in the winter. It’s a job she sees as essential to the school’s success, particularly as students’ families struggle to make ends meet during the pandemic.

“We know that in order for a student to be able to focus and to do their best, they need to have their basic needs met,” said Rosenbaum, who works for the nonprofit Communities In Schools.

That’s why Rosenbaum is also keen on efforts to reduce child poverty directly, like a recent proposal by President Joe Biden to expand public benefits for families with children. The plan would cut child poverty substantially, estimates show, improving the well-being of millions of children.

Biden’s proposal is no sure thing, particularly since it’s attached to a stimulus proposal that has already drawn Republican opposition. The child benefits expansion would cost roughly $120 billion, or several times what the federal government spends on Title I for schools. But the idea appeals to a wide swath of educators, researchers, and advocates.

“Reducing childhood poverty is a good thing to do in its own right, and I think it’s going to help these kids do better in school and beyond,” said Michael Petrilli, president of the Fordham Institute, a center-right education think tank. “We should do it.”

“Something that’s exciting is that this will affect children across many dimensions of their lives,” said Diane Schanzenbach, a Northwestern University economist who studies education and poverty. “Not only will this help children get enough to eat and shore up their other needs, that also means that they will do better in schools.”

Biden’s plan, mirroring a previous proposal constructed by several Congressional Democrats, would use the tax code to send additional resources to families with children. It would raise the existing child tax credit from $2,000 to $3,600 for every child under 6, and raise it to $3,000 for children between ages 6 and 17. The benefit would also be expanded to reach the lowest income families, who are now — paradoxically — excluded because of how the program is structured.

Biden’s proposal is for a temporary, emergency boost to address families’ growing needs during the pandemic. But many hope, if enacted as part of another stimulus package, it will ultimately be made permanent.

“I’m very happy to have it in this bill even though it’s temporary. Because I think once people see the benefit of it, it will stand the test of time,” said Michael Bennet, a Democratic Senator from Colorado who has championed efforts to expand the child tax credit for years.

Permanent child benefits of that kind, estimates show, would cut the country’s child poverty rate from over 13% — roughly 10 million kids — to 7.5%. For Black and Hispanic children, poverty rates would fall from over 20% to around 11%. The federal poverty line is set at an annual income of $26,500 for a family of four.

Expanding the child tax credit has drawn broad support from progressives — concerned about child poverty — as well as some conservatives, interested in policies that encourage and support families with children. (Other conservatives have argued that the idea is too costly or would disincentivize work.)

Reducing child poverty could, in turn, come with substantial benefits to schools and to student learning.

Already, studies of existing tax credit benefits programs for families have shown that they increase students’ test scores and likelihood of finishing high school and college.

Other kinds of benefits matter, too. Native American students whose families received annual cash payments of $4,000 were more likely to regularly attend school and to graduate high school, and less likely to be convicted of a crime, another study found.

In research published just this week, high school students from low-income families scored slightly worse on the SAT when they took the test near the end of a food-stamps benefit cycle. And another recent paper found that New York City children whose families received housing vouchers subsequently scored better on math and reading exams.

Academic benefits from these programs are not dramatic, but they rival efforts to improve schools directly, like reducing class sizes or improving teacher quality.

“In my mind, the most important education reform this country could undertake would be to lift children out of poverty,” said Bennet, who was previously the superintendent of the Denver Public Schools.

“It’s long been known that if we can do things outside of school to reduce childhood poverty, that can help students do better when they are in school,” said Petrilli. “Over the years, that insight has been sometimes used to make excuses for schools or to imply that if you’re poor you can’t learn. I’m certainly not saying that.”

“There are great schools out there that do an amazing job helping poor kids learn at high levels,” he said. “Certainly people in those schools would say too that they would do even better and the kids would be even better off if they were not struggling with poverty.”

The comments reflect how the discourse around poverty and schools has shifted in recent years in some circles, where discussing out-of-school factors was previously taboo because it might indicate low expectations for low-income children and the schools that serve them.

Ultimately, it’s not clear whether a new child benefit will win approval from Congress or how exactly it will be structured. Republicans and some centrist Democrats have already balked at the overall price tag of Biden’s $1.9 trillion stimulus proposal.

And others argue that child benefits should not be funneled through the tax system, as initially proposed, but sent out as monthly checks, making it simpler for the government to administer and for families to access. The Washington Post reported last week that Congressional Democrats are mulling a bill to move in that direction and make the benefit permanent.

Rosenbaum, of Communities In Schools, says it’s critical that any future benefit programs are easy to navigate. “For many of our families, taxes are complicated or something they may not even be filing,” she said. “That would be a really difficult way.”

The article was originally posted at Two for one: How Biden’s plan to cut child poverty could boost student learning