Home » Wildfire Smoke Is Here to Stay. Here’s How to Clean the Air Inside Your Home. 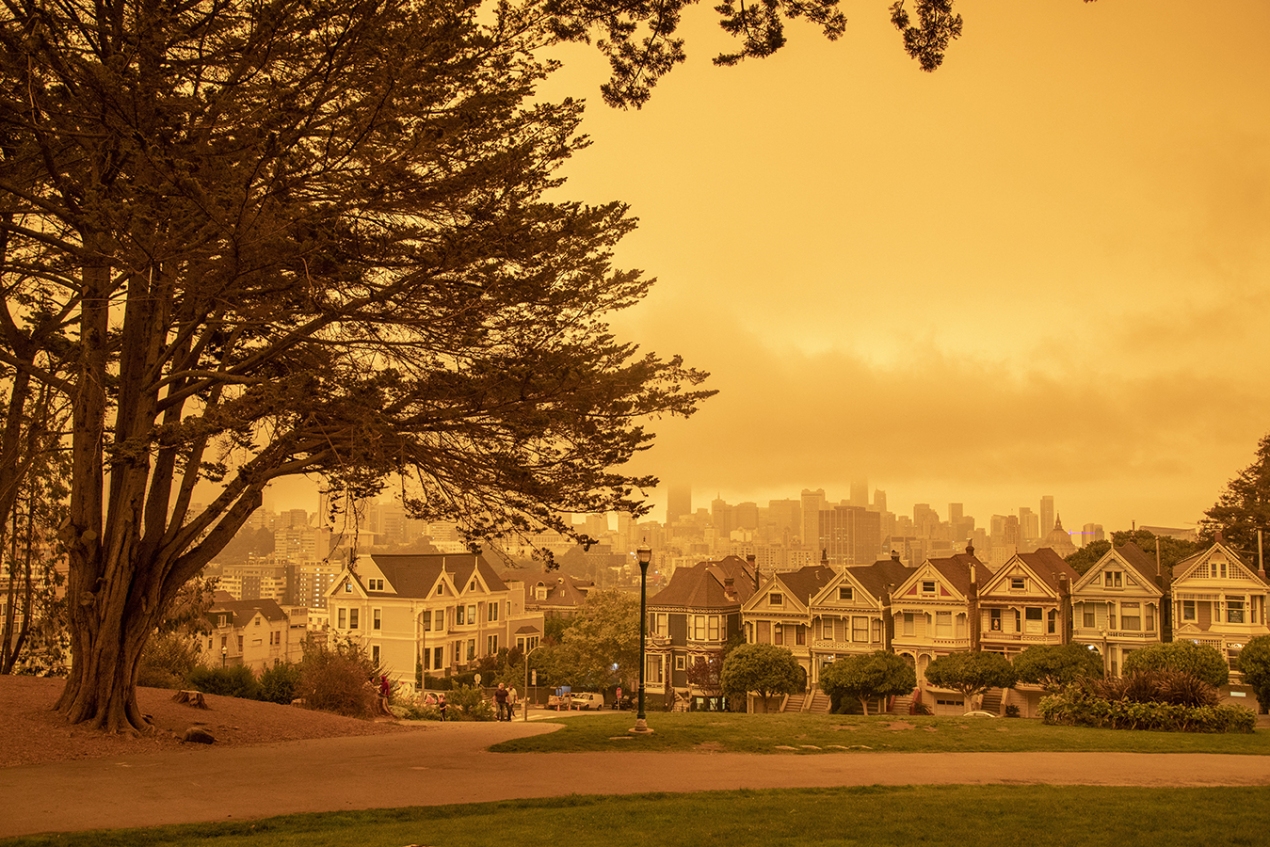 Wildfire Smoke Is Here to Stay. Here’s How to Clean the Air Inside Your Home.

The fierce wildfires that broke out across much of the western United States this summer, spreading smoke across hundreds of miles, continue to pose a serious health hazard to millions.

More are expected this fall. That’s a major health concern because microscopic particles in wildfire smoke, carried by the wind, can penetrate deep into your lungs and travel into your bloodstream. One study linked wildfire smoke exposure to a twofold increase in the rate of asthma and a 40% rise in strokes and heart attacks. Other research tied smoke to hospital admissions, ER visits and premature deaths.

The standard advice is to stay inside when heavy smoke is in the air. But the smoke can get into your house or apartment. So you might want to consider investing in equipment to clean the air inside your home, especially with climate change likely to continue escalating the scope and intensity of the fires.

“I think we have fires enough now that people should think of this as something they want to buy,” says Deborah Bennett, a professor of public health at the University of California-Davis. “Even if they only turn it on during the fires, there’s going to be plenty of times when they’re going to have it turned on.”

There are many options for cleaning the air in your home, depending on your circumstances and — of course — your budget.

If you have an HVAC system, it likely recirculates air that’s inside the house rather than drawing in air from outside. But if you have an air conditioner with a “fresh air” system that brings in outside air, you should turn off the fresh air setting on heavy smoke days. If you don’t know how, seek professional advice.

And be sure to close all doors and windows; otherwise, your efforts will be in vain.

You can convert your HVAC unit or furnace into a better air-cleaning system by installing a higher-efficiency filter capable of catching a large proportion — though it won’t get 100% — of the tiny smoke particles.

To cope with wildfire smoke, many public health and air quality experts recommend what’s known as a MERV 13 filter. MERV, or “minimum efficiency reporting value,” is a scale from 1 to 20 that rates a filter’s ability to capture particles. MERV 1 is the lowest rating, indicating the least impact on air quality, while filters rated MERV 17 or higher are used in hospital operating rooms and clean rooms.

You can buy MERV 13 filters at large stores such as Costco, the Home Depot and Lowe’s or online from multiple vendors. A MERV 13 should cost around $20, or substantially less if you buy packages of them.

Before you install a new filter, check first with an HVAC professional to make sure your system can accommodate it. The more efficient the filter, the more it reduces airflow, diminishing the cooling capacity of an air conditioner and requiring more energy to run the heater.

If you don’t have central air, or you have it and want to augment your system’s ability to clear the air, consider buying a portable air cleaner with a high-efficiency particulate air, or HEPA, filter, which can remove almost all particles of the tiny size found in smoke.

“If you have an appropriately sized air cleaner with a true HEPA filter and you put it in a room and close the doors and windows, you have clean air really fast,” says Sarah Coefield, an air quality specialist with the Missoula City-County Health Department in Montana, which has had its share of wildfire smoke in recent years.

If you have kids, or share the home with other people, you should ideally have one air cleaner for each bedroom. Alternatively, you may need to put everyone in one room at night during a smoke emergency.

Portable HEPA air cleaners cost anywhere from under $100 to over $1,000, depending in part on the number of square feet they can clean effectively. To clean a room, you can get a perfectly good one for under $200.

All air cleaning devices sold in California must be certified by the California Air Resources Board, which posts a list of air cleaners it has certified. You might also want to look at Consumer Reports’ list of best and worst air cleaners and at a review of those selected by The New York Times’ product review website, Wirecutter.

Public health experts warn that you should avoid devices that are sold as air cleaners but actually emit ozone, the main component of smog. The air resources board also publishes a list of ozone-emitting devices.

Gina Spadafori, a resident of West Sacramento, has both a central HVAC system with an extra-thick filter and a portable HEPA air cleaner she keeps in her bedroom. Spadafori, 63, has serious asthma and has long been concerned about the air quality in her house.

In recent years, she has endured numerous days of hazardous wildfire smoke and that has changed the way she uses her HVAC. “I probably use the fan-only setting more than I have in the past to just filter the air rather than heating or cooling it,” she says.

On bad air days, she turns the portable air cleaner on an hour before she goes to bed and closes the door so it will “super-clean that air” and she’ll get a good night’s sleep. “It’s just sort of a second line of defense,” she says.

There is a lower-cost option: Make your own air purifier by attaching a high-efficiency filter to an electric box fan. You can get a suitable fan for around $30 and the filters for around $20 — or cheaper in bulk.

The website montanawildfiresmoke.org publishes a how-to guide for building such a contraption. The Environmental Protection Agency has an FAQ on box fan air cleaners with instructions for building them.

The EPA recommends using only box fans built in 2012 or later, because earlier models could overheat and cause a fire.

Lab testing has clearly shown such do-it-yourself devices are safe, though they may heat up the room and produce more noise than a portable HEPA cleaner, according to the EPA.

For those who can’t even afford to make an air cleaner from a house fan, nonprofits and local government agencies have provided help. People who don’t have a lot of money are likely to live in older, leakier housing that lets more smoke in. They are also more likely to have chronic illness and thus be in greater need of clean air — yet less able to afford it.

But these efforts are tiny compared with the gaping need, said Cilimburg, who thinks the federal and state governments, hospitals and insurers should step in. She envisions a day when medical staffers at a clinic will tell a patient, “‘Oh, look, given x, y or z, you should just take one of these HEPA filters home with you.’”

This article was originally posted on Wildfire Smoke Is Here to Stay. Here’s How to Clean the Air Inside Your Home.