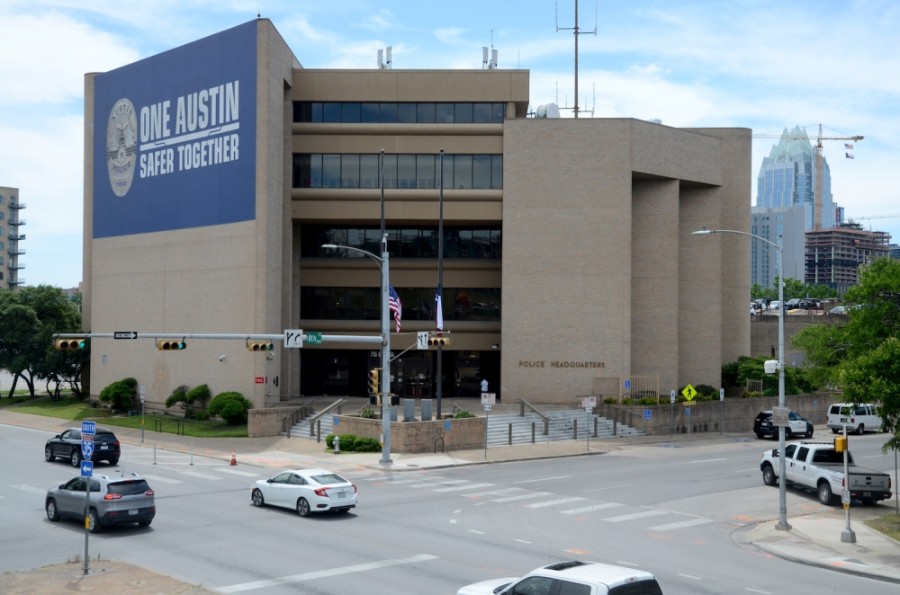 Austin police officers were following orders from leadership and using commonly accepted tactics when they used force against protesters, according to defense attorneys representing eight of 19 indicted over the 2020 protests over racial injustice.

“The decision to impact these people or beanbags was ordered or otherwise authorized by the highest levels of APD command,” defense attorney Doug O’Connell said at a Monday news conference. “These aren’t a few rogue officers doing what they wanted to do.”

A Travis County jury has charged each of the eight officers with two counts of aggravated assault, which is a first degree felony when committed by law enforcement, O’Connell confirmed. The charge is punishable by five to 99 years in prison, or a fine of up to $10,000.

Most of the cases against the eight involve actions officers took when they were ordered to clear the portion of the Interstate 35 bridge near downtown Austin and remove protesters from the highway, O’Connell said. He and attorney Ken Ervin represent all eight Austin Police Department officers.

Those eight officers reported to Travis County jail, where they were fingerprinted, photographed and released on a $1 cash deposit bond after their attorneys received information about their pending arrests per arrest warrant affidavits. The first court date has been set for March 7, but attorneys believe the trials could be up to a year away. O’Connell said it was too soon to tell if they would be tried separately or together.

O’Connell and Ervin said they expect the indictments to be returned and made available to the public on Tuesday. The attorneys said the officers have not seen the indictments but received a summary of the evidence for an indictment from the district attorney’s office.

The names of the 11 other officers indicted have not been made public. Under state law, prosecutors must keep an indictment confidential until officers are arrested.

The Austin indictments are among the highest tied to a single city’s police force in connection with the 2020 protests so far, according to The Associated Press.

The charges stem from crowd control measures used during the May 2020 protests in Austin. Thousands protested for over a week after the police killings of George Floyd in Minneapolis and Michael Ramos in Austin. The officer involved in Floyd’s death, Derek Chauvin, was found guilty of murder. The APD officer who fired on Ramos, Christopher Taylor, has been charged with murder and is awaiting trial.

Central to the indictments is the use of bean bag rounds, or small cloth baggies filled with #9 lead shot and fired from a 12-gauge shotgun. The bean bag rounds, which police consider a “less-lethal” weapon, wounded several demonstrators.

Brian Manley, then the Austin police chief, announced in 2020 that police officers would stop using the weapon in crowd situations. In 2021, Manley retired from the department following months of criticism over the handling of the protests and the department’s actions in the April 24, 2020, shooting of Ramos.

At a Thursday news conference, Austin Chief of Police Joseph Chacon, who took the job after Manley left, said that at times the 2020 protesters became riotous and violent.

“As a department, we asked these officers to work under the most chaotic of circumstances in May of 2020 and to make split-second decisions to protect all participants,” he said. “The size, scope and tenor of the crowds was underestimated by management. Officers were prepared for hundreds, when instead they faced thousands.”

But Chacon said the bean bag weapons used were defective.

“Additionally the weapons provided to our officers did not perform in all instances in the manner anticipated. APD recognized this and now prohibits the use of less-lethal munitions in crowd control situations. I’m not aware of any conduct that given the circumstances that the officers were working under would rise to the level of a criminal violation of these officers,” Chacon said last week.

A spokesperson for Berry, who is running for Texas House District 19, provided some detail on how the bean bag shots were faulty.

“These bean bags were old, and they were a bit hardened. And because there hadn’t been any other riots to use them that they had been sitting in boxes for too long,” said Craig Murphy, Berry’s spokesperson. “Nothing that the officers would have had any knowledge of.”

The city of Austin has faced at least 14 lawsuits because of serious injuries involving the use of this particular weapon against protesters, three of which have resulted in settlements.

On Thursday, the city announced an $8 million settlement with Justin Howell — the highest amount ever awarded in an excessive force case involving an Austin police officer. Howell, then a 20-year-old Texas State University student, had a fractured skull and brain damage as a result of the bean bag rounds, which Austin police have said were aimed at a nearby man that threw a water bottle.

The city also approved on Thursday a $2 million settlement with Anthony Evans, who police fired at as he walked away from the demonstration. Evans’ jaw was fractured. And in a separate settlement earlier this month, 21-year-old Arianna Chavez received $150,000 from the city.

Law enforcement officials have defended the use of force during the protests, saying it was warranted amid the chaos.

The attorneys said all but one of eight officers they represent faced injuries, after protesters threw water bottles, rocks and exploding fireworks. They also pointed to damaged police cars.

Cities and communities across Texas continue to grapple with the actions police took against protesters in 2020. Earlier this month, the Dallas County district attorney’s office issued warrants for two Dallas police officers’ arrest for use of force during racial justice protests.