Home » Charles Everett will join the Memphis-Shelby County school board 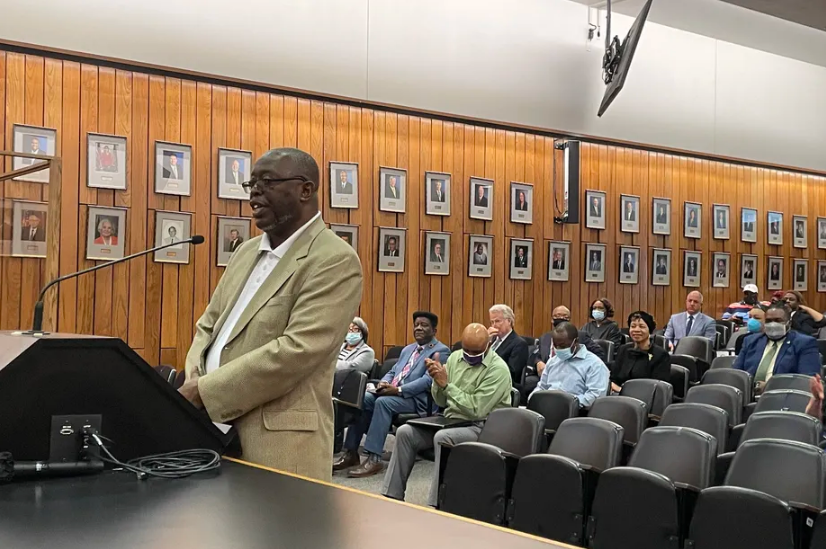 Charles Everett will join the Memphis-Shelby County school board

The Shelby County Commission chose Everett to temporarily fill the District 6 seat that became vacant after Shante Avant resigned last month. Avant, who had represented neighborhoods across South Memphis, Riverside, Westwood, and Whitehaven on the board since 2014, moved out of the district and launched a campaign to represent Cordova on the County Commission.

In his remarks following commissioners’ vote on Monday, Everett pledged to raise the academic bar at Tennessee’s largest school district. Everett has said his top priority on the board will be improving academic performance because schools are the “bedrock” of the community.

But, Everett said, he can’t do the work alone, calling on District 6 and all of Memphis for help.

“Our future is not promised if we cannot lift our children up,” Everett said to a standing ovation at the County Commission meeting. “It’s not a one-man job, it’s not a 100-man job: It’s every man and woman’s job in our community to make sure we get our children and our system on the right path.”

Everett, one of seven candidates to apply for the spot, will serve until the appointment expires following the Aug. 4 general election, when voters will elect Avant’s successor.

Juliette Eskridge, a caseworker at Memphis-Shelby County Schools’ G.W. Carver College and Career Academy, withdrew her application for the appointment and has not pulled a petition to run in August.

Voters will recognize several names on the August ballot: Many of the candidates for the temporary appointment, including Everett, have thrown their hat into the race. David Page, Jr., who did not apply for the appointment, has also filed to run for the seat.

During candidate interviews, Everett touted his nearly four-decade career at FedEx and his volunteer work in the community, including his involvement with various PTAs — such as the United Shelby County Council and Tennessee PTA — and co-founding Uplift Westwood Community Development Corporation, which aims to empower, enable, and support residents and revitalize the neighborhood.

In a Facebook post before the vote, Everett said, “My work with students, teachers, families and the community, not only in Westwood, but across Shelby County and the state of Tennessee is unparalleled.”

He added, “My working relationship with the current school board members and school district administration is key in being effective and getting policies and programs implemented for the betterment of our students.”

Everett’s top priority of boosting academic achievement and innovation stems from his career at FedEx, where he first noticed many Memphis-Shelby County Schools graduates did not appear to be prepared for life beyond high school.

While Everett recognized the toll the pandemic has taken on student learning over the last two years and said Memphis-Shelby County Schools’ most recent assessment scores do not represent a full picture of student learning, the new school board member wants to see the district make drastic improvements within three years.

That focus on academic achievement and Everett’s decades of dedication to his community are what made him stand out from other applicants, commissioners said. In the third and final round of voting, the contest narrowed to Everett and Williams.

“You’re everything we hope for in public service,” said Commissioner Mark Billingsley to Everett.

Dannette Stokes, president of Memphis’ United Education Association, one of the district’s two teachers unions, said she was pleased with Everett’s appointment, calling Everett a dedicated professional who has a spirit of collaboration and seems to “bring a lot of people with him.”

“I can see myself reaching out to him and him being receptive to me,” Stokes said. “That’s what’s important, because as the speaker of the association for teachers, I need to be able to reach him and communicate with him.”