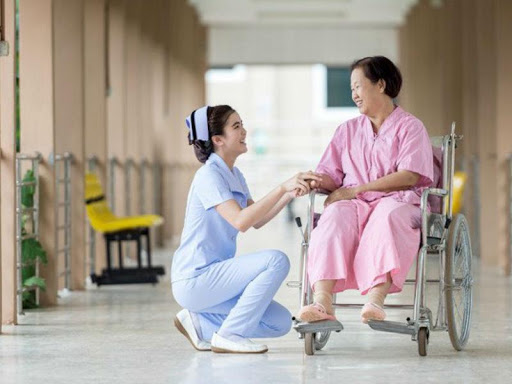 Long before the novel coronavirus made its surprise appearance, the nation’s nursing homes were struggling to obey basic infection prevention protocols designed to halt the spread of viruses and bacteria they battle daily.

Government health inspectors have cited more nursing homes for failing to ensure that all workers follow those prevention and control rules than for any other type of violation, according to a Kaiser Health News analysis of federal records.

In all, 9,697 nursing homes, or 63%, were cited for one or more infection-control deficiencies during the past two regular inspection periods, which go as far back as 2016 for some facilities, the analysis showed. It also found violations were more common at homes with fewer nurses and aides than at facilities with higher staffing levels.

Even among nursing homes crowned with the maximum government rating of five stars for overall quality, 4 in 10 have been cited for an infection-control lapse. Those include the Life Care Center of Kirkland, Washington, a Seattle suburb, where  five people who had lived at the facility have died.

Inspection reports from around the country show many errors are rudimentary, such as workers not washing their hands as they moved to the next patient, or failing to don masks, gloves and gowns when in the rooms of contagious patients in isolation.

“It’s all these little things that are part of infection-control practices that when they are added up can create an environment for an infection outbreak,” said Patricia Hunter, the Washington State Long-Term Care Ombuds, who addresses complaints from residents and families and pushes for improvements in facilities.

In recent years, the federal government has been ramping up the standards for nursing homes, but inspectors remain frustrated by the prevalence of sloppy or nonexistent handwashing. “We have got to do better on handwashing,” Evan Shulman, the director for the nursing home division of the Centers for Medicare & Medicaid Services, told an association of nursing home directors in 2018.

While citations are rampant across the industry, health inspectors have classified all but 1% of violations as minor and not warranting fines, the KHN analysis found. A single low-level citation usually has limited impact on the overall star rating, the only metric most consumers examine.

The coronavirus has demonstrated its potential lethality among the old and frail in Kirkland, but the infections that nursing homes already battle with mixed success — influenza and antibiotic-resistant bacteria like methicillin-resistant Staphylococcus aureus (MRSA) — can be equally fatal. As many as 3.8 million infections occur in nursing homes each year, killing nearly 388,000 residents.

Dr. David Gifford, the chief medical officer for the American Health Care Association, the primary nursing home trade group, told reporters Monday that these facilities were ready to deal with coronavirus infections through the prevention plans they have in place. “We prepare for seasonal influenza every year — it’s very similar to that,” he said.

“We are reinforcing the information for basic procedures for how to prevent the spread,” he added, such as keeping infected residents away from others and having sick employees stay home.

Yet the same industry deficits that have hampered past infection-control efforts are in play with the coronavirus. Nursing homes experience frequent staff turnover, and new or temporary workers are less likely to be familiar with a facility’s protocols. Also, inspectors have found that these homes have had difficulty making sure that potentially infected workers stay home, a problem compounded by the low pay and limited time-off benefits many receive.

During a norovirus outbreak in 2017 at another Washington state nursing home, for instance, at least six infected employees returned to work earlier than they were supposed to. Inspectors discovered the virus ultimately spread to 32 employees and 43 residents — more than 40% of those living in the home, according to an inspection report.

Even if nursing homes are successful in getting infected workers to take days off, they may run into trouble finding replacements. Dr. David Nace, director of long-term care and flu programs at the University of Pittsburgh Department of Medicine, said staffing issues are compounded by a national shortage of health care workers. “Facilities may be faced with the issue of closure if they don’t have the staffing,” he said.

KHN’s analysis found that 55% of homes with the most nurses and aides — which CMS awards five stars for staffing on its Nursing Home Compare website — had been cited for infection-control violations in the past three years, while 66% of homes with the fewest staff — garnering only one star — were cited for the same type of failing. The staffing stars make up one component of the overall rating.

“So many times, when there aren’t enough staff, the aides and nurses are literally trying to do 50 things at once, running from person to person,” said Lori Smetanka, executive director of the National Consumer Voice for Quality Long-Term Care, a nonprofit based in Washington, D.C. “That’s when things fall through the cracks, like handwashing, which is the most useful thing to do to prevent infections.”

More sparsely staffed nursing homes were also cited more often: among homes that broke infection rules, one-star facilities averaged 1.5 deficiencies while five-star facilities averaged 1.3 deficiencies. But out of more than 13,000 citations for infection-control lapses, regulators classified only 108 as serious harms or threats to patients. That finding echoed the results of a similar investigation KHN conducted in 2017. “It shows how ineffectual the enforcement situation is,” said Toby Edelman, a senior policy attorney at the Center for Medicare Advocacy.

One such violation was cited last April at the Kirkland nursing home after inspectors there observed a registered nurse treating a patient whose feet were touching the floor, even though one heel had a pressure sore that the resident’s daughter said she feared was infected. “It was unhygienic,” the daughter told inspectors.

Inspectors also watched another nursing home employee work in the room of a patient with pneumonia without wearing a mask, gown and gloves as required by a sign outside the room. They noted in their report that the facility had experienced two outbreaks of influenza that year, affecting at least 17 residents and seven staff members all told. Inspectors labeled the violations they observed as low level because they caused “minimal harm or potential for actual harm.” The nursing home pledged to reeducate staff on procedures and investigators found no problems when they revisited two months later.

Life Care Center, in an upscale, wooded neighborhood less than a mile from Lake Washington’s popular Juanita Beach Park, said in a statement released Monday that it is screening workers before they start work and after and has suspended visits and new admissions.

“We are also following infection control recommendations, including proper hand-washing techniques and wearing masks, gowns and gloves when caring for any symptomatic patients,” the statement said. The facility declined to discuss its previous citation.

Seema Verma, the CMS administrator, said during a press briefing at the White House Tuesday night that her agency is sending inspectors to the nursing home, as well as a hospital and dialysis center that treated coronavirus patients, to see if federal health and safety regulations were followed.

Hunter, the Washington state ombud, said that during her recent visits to 14 nursing homes in three Northwestern states, she observed that aides were generally good about using hand sanitizer but rarely washed residents’ hands. Not every resident room had a sink, she said. “I haven’t seen one resident have their hands washed during lunchtime or dinnertime,” she said.

While some nursing homes are making concerted efforts, “there are nursing homes that are really dirty and there are concerns that they’re not getting the job done,” Hunter added.” The trouble is when you don’t have enough workers, or you don’t have a stable workforce that’s trained to follow your protocol, that’s a weakness in the system.”

In 2016, CMS updated and expanded its infection-control rules, requiring among other things that each facility appoint one person to be in charge of infection control. CMS required the employee in that position, known as an infection preventionist, to complete specialized training and work at the facility either part time or full time. The Trump administration has proposed eliminating the on-site requirement.

Instead, CMS proposed the preventionist be someone who has spent “sufficient time” at the facility to oversee its infection-control efforts. It has asked the public for advice on how to define sufficient.

“We believe this is an appropriate standard,” the agency wrote in its proposed rule, issued last July. “However, we are also concerned that there could be a substantial variance in how LTC [long-term care] facilities interpret this requirement.”

Published in Health and Right side appearance