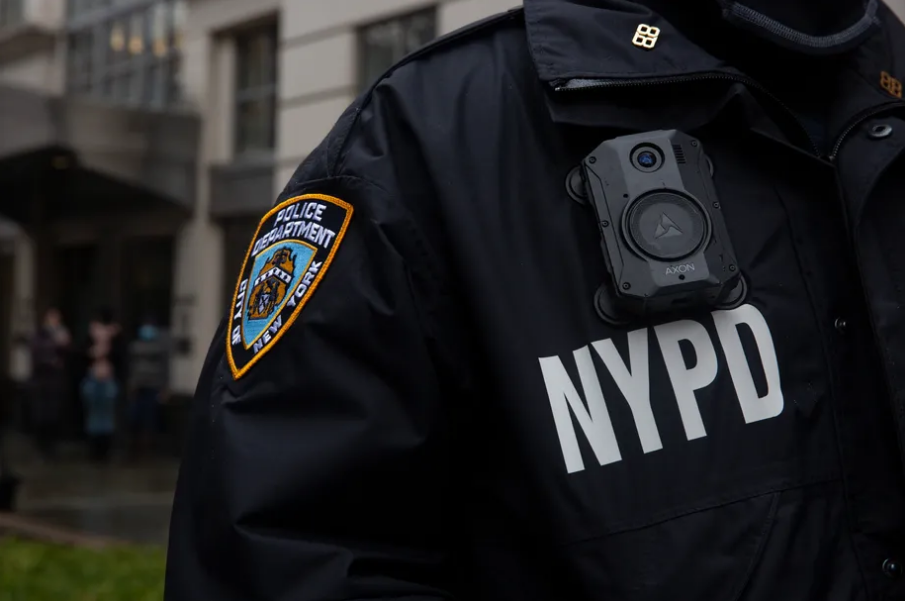 Divisions among domestic violence advocates in New York City about what role, if any, police should have in addressing domestic and gender-based violence have been playing out for years against the backdrop of the larger defund the police movement.

At one end: organizations with deep relationships with the New York Police Department and other city law enforcement bodies have argued that the NYPD has an essential role to play in ensuring survivors’ safety.

On the other end, grassroots organizers urged investing some of the NYPD’s $10 billion-plus annual budget into resources like housing and income security for survivors.

Late last month, some of these tensions spilled out into the open at a City Council hearing chaired by Astoria representative Tiffany Cabán, who became a star in the defund movement when she came within just 55 votes of becoming Queens district attorney in 2019.

At the hearing, Cabán and allies called out ways they contend New York City’s law enforcement-centric approach often acts as a barrier to survivors who seek support but may have reasons to avoid the police — including immigration status, past negative interactions with law enforcement, or a history of incarceration.

“What’s clear is that the number of people who experience gender-based, intimate partner and domestic violence dwarfs those who access victim and survivor services,” said Cabán.

At issue in the hearing was a resolution sponsored by Cabán and Councilmember Mercedes Narcisse (D-Brooklyn) in support of a state bill, sponsored by Sen. Zellnor Myrie (D-Brooklyn) and Assemblymember Demond Meeks (D-Rochester), that would get rid of a requirement that crime victims cooperate with law enforcement in order to access financial compensation.

Currently, to access financial compensation from New York State, crime victims must report the crime to police within a week, with some exceptions, and continue to cooperate with police and the local district attorney’s office. Narcisse and Cabán argued that this prevents many gender-based violence survivors, who may be fearful of working with police, from claiming benefits.

“Unfortunately, this is yet another segment of our criminal justice system where social inequities rears its ugly head,” Narcisse said at the hearing.

Gender-based and domestic violence organizations have been pushing to end the link between law enforcement cooperation and survivor assistance.

“It’s a huge barrier to get resources and to get actual support,” said Theodora Ranelli, an organizer with Project Hajara, a gender-based and domestic violence organization serving the Muslim community in Queens. “Most domestic violence survivors don’t call the police or report their abuse. So that’s leaving out a lot of people that need resources.”

Barriers to Resources for Survivors

Many survivors Ranelli works with don’t call police, she said, because in their experience they’re often unfairly targeted for arrest because of xenophobia, racism and misogyny. Ranelli says some immigrant community members also associate law enforcement in their home countries with dictatorships.

Sanctuary for Families, which had a representative at the hearing and regularly partners with the NYPD, also support efforts to remove the law enforcement cooperation barrier. “You should not have to show police involvement to show that you are a victim of gender-based violence,” said Judy Harris Kruger, executive director of Sanctuary for Families.

Whether or not more police make survivors safer is a separate issue from whether survivors should be required to cooperate with police to access the Victim’s Compensation Fund, she contends.

“I believe they have a role regarding victims’ safety,” Kluger said in an interview after the hearing, speaking of the NYPD. “There are situations where the police need to respond and intervene. Because as far as I’m concerned, victims’ safety is paramount.”

Cabán and many of the organizers in attendance argued that rather than investing in policing, making sure investments are made in resources like housing, child care and transportation would go a long way towards helping survivors, many of whom are financially reliant on their abusers, which is a significant barrier to leaving.

“Every dollar that we are putting into police means that’s it’s one dollar that we’re not putting into all of these other areas that we know would directly and immediately serve survivors,” Cabán told The Fuller Project and THE CITY.

An analysis conducted by Janie Williams, an organizer at Survived and Punished NY, a group that works with incarcerated survivors of gender-based and domestic violence, found that the $7.8 million in overtime pay in 2020 for the police precinct with the most overtime in New York City could fund the housing, child care, mental health and transportation needs of 140 survivors for a year.

“The money that we take in investing in these carceral systems of abuse and violence — that’s the NYPD, jails, prisons, we can funnel that money into actually listening to survivors about what they need,” said Williams.

At the hearing, the Anti-Violence Project, an organization dedicated to helping LGBTQ and HIV-positive survivors of violence, was among groups that pointed out ways people with marginalized identities are often re-victimized once they encounter police.

“Many LGBTQ survivors, especially the ones of color, do not report violence or seek support from law enforcement,” said Alethia Ramos, a member of the Anti-Violence Project, at the hearing. “Because when we do we often face dismissive or negative attitudes or more violence including homophobia and transphobia.”

Cabán also pointed out during the hearing that many LGBTQ+ survivors in New York City end up being the ones arrested when they call for help.

One factor is New York State’s mandatory arrest law, which generally requires police officers to take into custody anyone who commits domestic violence crimes — even if the person who made the call does not want there to be an arrest. Not only can this deter survivors who fear becoming incarcerated themselves from calling police, but it can also scare survivors who rely on their partners financially and cannot afford for them to become incarcerated.

Jared Trujilo, policy counsel with the New York Civil Liberties Union and a former Legal Aid public defender in New York City’s domestic violence courts, says that in practice NYPD officers end up arresting the person being abused along with or instead of the initial aggressor.

“You see many cases when there’s cross-complaints and they’ll arrest everybody,” said Trujilo. “But a lot of times, who they decide to arrest is really just kind of based upon a whim.”

Meanwhile, WARM, a domestic violence resource organization whose name stands for We All Really Matter, touted the strength of their relationship with the police.

“One of the things we did during the pandemic was start this partnership with the NYPD when everybody else was running from them,” shared Stephanie McGraw, CEO of WARM and a self-identified Black survivor of domestic violence, at the hearing. “We knew the importance of Black and brown women getting services.”

One point of contention at the hearing was the locations of the city’s Family Justice Centers, run by the Mayor’s Office to End Domestic and Gender-Based Violence. Three of the five borough offices — in Brooklyn, Manhattan and The Bronx — are located in the same buildings as district attorneys.

A 2016 report produced by the City Council recommended that the FJCs rebrand and expand their offices into community-based locations to improve access for survivors who wish to avoid the “criminal legal system” and minimize the impression that working with the criminal system is a requirement to access support services.

“Family Justice Centers are extremely scary and inaccessible,” said Ranelli, of Project Hajara. “It’s right by the courthouse. There’s a lot of police presence. You have to go through a metal detector to get inside, and it’s just not comfortable…. And when somebody needs immediate support, people often need space for healing that is comfortable.”

In her hearing testimony, Commissioner Cecile Noel, a de Blasio appointee who heads the Mayor’s Office to End Gender and Domestic Violence (ENDGBV), acknowledged that problem.

“We absolutely understand that co-location in these spaces can have a chilling effect for survivors,” said Noel. “And we have explored in every way possible ways of making survivors feel more comfortable accessing our services in that space.”

How Will Adams Address this Divide?

For Trujilo, the commissioner’s testimony was welcome. “She was making a lot of points,” he said, “that our side frankly has been making for a very long time.”

Yet Mayor Eric Adams has yet to show signs of taking the office seriously by making his own appointment to the post. Adams touted a public safety plan that does not even mention gender-based or domestic violence.

“What I see from him, he kind of sees the world in this binary way of you are either an abuser or you’re a victim and there’s no gray or nothing in between,” said Trujilo. “He also doesn’t recognize, which is kind of surprising because of his career as a cop…that a lot of the public doesn’t like cops.”

City Council Speaker Adrienne Adams (D-Queens) told The Fuller Project and THE CITY that she intends to keep survivors’ needs in mind as she examines the budget.

“During this budget process and beyond, the Council will examine ways we can continue and enhance City support for all survivors of violence, including domestic and gender-based violence,” wrote Speaker Adams in a statement. “Part of keeping New Yorkers safe is ensuring survivors can access the healing and recovery they deserve.”

Cabán still worries that survivors will be left out in the cold.

“One thing that was really really clear,” Cabán said following the hearing, “was that even before budget cuts we weren’t deeply investing in the things that were going to reduce harm.”