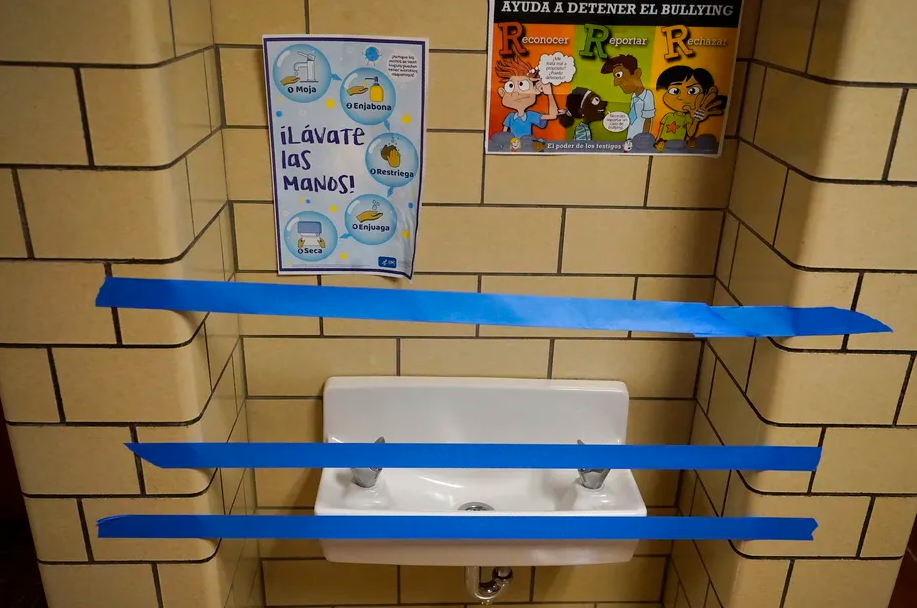 By Dale Mezzacappa .Chalkbeat on February 21, 2022

A sampling of Philadelphia public schools found that nearly all buildings tested had lead in at least some of their drinking water, a result that represents just the “tip of the iceberg,” according to two environmental groups and the Black Church Center for Justice and Equality.

In a new report, the groups, PennPIRG Education Fund and the PennEnvironment Research & Policy Center, said that 98% of schools tested had at least one outlet with tainted water, and 61% of the 1,932 outlets tested had lead levels that exceeded city requirements.

Lead ingestion, through water or paint chips, can stunt the intellectual growth of children.

School district officials immediately disputed the findings, which were based on self-reported samples from 65 of more than 200 district buildings.

“The data and report issued today by PennPIRG is not an accurate reflection of the water quality that students and staff in our District are accessing each and every day,” district spokesperson Monica Lewis said in a statement.

Lewis said that water safety is regulated by the city and that the district launched a safe water testing program in 2016. The district regularly tests water quality and shuts down stations where lead contamination exceeds 10 parts per billion, or ppb, her statement said.

According to the PennPIRG report, the highest lead reading was at an outlet in Duckrey Elementary School in North Philadelphia – 8768 ppb. Other schools with problems include Longstreth Elementary School, where 49 out of 56 outlets showed high lead levels. At two elementary schools, Bethune and Moffet, 90% of the outlets had high contamination rates.

Along with the report, the groups created an interactive web page where parents and community members can find test results for their schools.

“Schools should be safe places where our kids go to learn, achieve, and grow up to be productive citizens in society,” said PennEnvironment Research & Policy Center executive director David Masur. “Instead, our study shows the pervasive threat of lead in drinking water faces Philadelphia kids when they enter our school buildings. It’s time for district officials to address this threat once and for all.”

The report said that the district could fix the problem using 1% of the money it received from the American Rescue Plan.

All 269 district-owned buildings were sampled once through 2017, and all water outlets that did not meet city standards were turned off, Lewis said in her statement A second cycle of sampling began in April 2019, but was paused when buildings were closed for more than a year due to the pandemic. Testing resumed in April 2021, when some buildings started to reopen, and a five-year cycle to inspect outlets in all buildings is still underway.

The district’s statement said that more than 1,320 hydration stations have been installed so far, with a goal of having one for each 100 students, per floor.

“These purified drinking sources are tested and have consistently shown lead levels which are safer than that required by city regulations,” the statement said.

“The District has had prior conversations with PennPIRG to address their concerns, and is deeply disappointed by their mischaracterization of water quality in our District buildings.”

This article was originally posted on High lead levels in many drinking water outlets in Philly school buildings, report finds