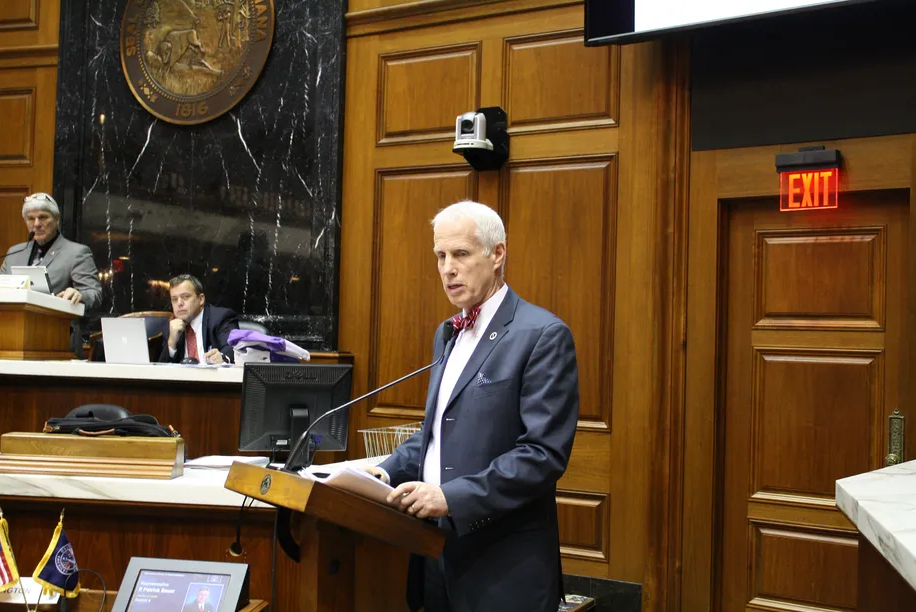 By Aleksandra Appleton .Chalkbeat on February 28, 2022

An Indiana lawmaker is under fire for a speech that seemed to imply that a lack of “respect for learning” was to blame for low test scores among Indianapolis’ Black students.

“I would suggest that part of the problem is — and there’s a number of things — poverty impacts that for sure, having respect for learning, there’s a lot of things that come into play,” Behning said. “But one of the things that clearly comes into play is our standards are still too wide.”

Behning, who is the chair of the House Education Committee, clarified his remarks Thursday after they drew criticism on Twitter and from Black education advocates.

“There are a variety of factors that affect student performance, including poverty, emphasis on education at home and school environment, and these are not limited to any one race or community,” Behning’s statement said. “That’s the sentiment behind my remarks yesterday. I’ve spent my career working to support and raise up all students, especially those who are most vulnerable.”

Sen. Eddie Melton (D-Gary), who sits on the Senate education committee, countered Behning’s comments in a statement, saying that structural factors like poverty, housing instability, and lack of access to food play the biggest role in determining student performance.

“So many Indiana communities with a large Black population have also experienced repeated attacks — stemming from racism — on public education and funding over the past decade,” Melton’s statement said. “To imply that Black students don’t care about learning is not only disrespectful but asinine, and it ignores the systemic problems that continue to plague communities of color.”

Behning’s remarks came in response to a question about how his bill — House Bill 1251 — would affect state academic standards.

HB 1251 is an omnibus bill that, among many things, would allow schools to hire adjunct teachers. It also would ask the State Board of Education to consult with colleges and industries to identify skills that students need to be successful after high school, and then streamline high school standards to better align with those skills.

Narrowing the standards would allow teachers to spend more time on creating engaging learning, Behning said, rather than trying to teach the breadth of the standards.

“How do we focus those so that we have students that are able to master reading?” Behning said.

Referencing again the number of Black students who did not pass the statewide assessment, Behning said, “I would guess that a significant number of those kids don’t have mastery of reading.”

Behning said 30 out of 1,000 Black students at Indianapolis Public Schools passed both the language arts and math sections of ILEARN, a figure presumably based on the results of the 2021 assessment that showed Black students had a 3.1% pass rate.

In total, 128 of 4,085 Black students at IPS passed both sections of ILEARN, according to state data.