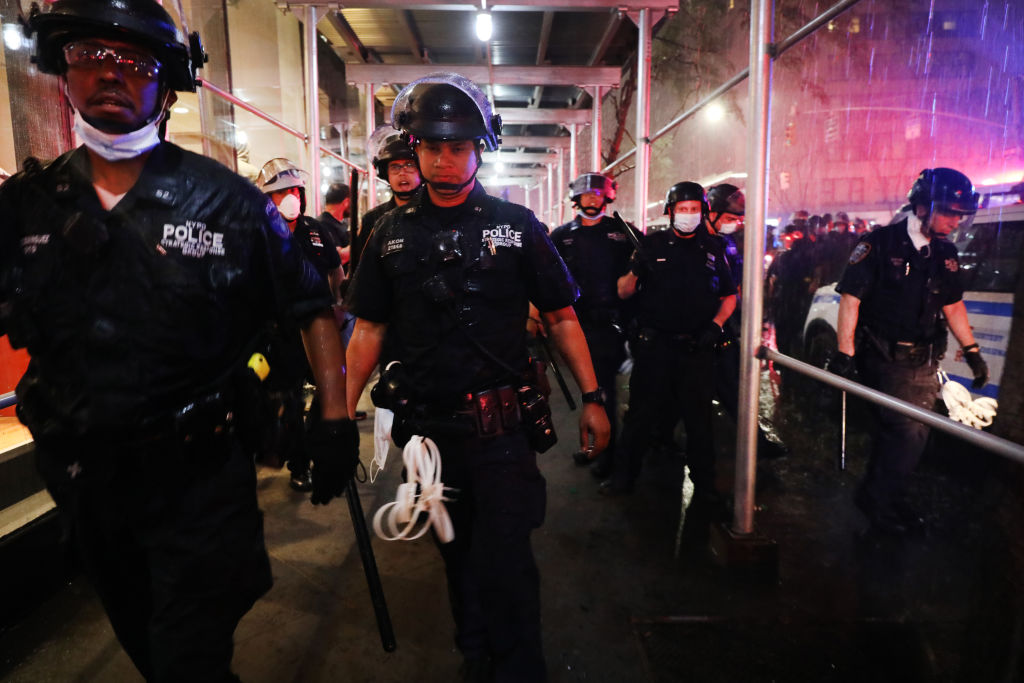 By Aaricka Washington on February 2, 2021

Hoping to improve policing on campus, Indianapolis Public Schools is analyzing how its police operate and seeking to decrease suspensions and expulsions, improve school culture, and nurture students’ well-being.

“The goal is to have a more service-centered, more culture-uplifting police department to shift away from this antiquated view of what policing in schools should be,” IPS General Counsel Ahmed Young told Chalkbeat.

Young, who is also chief of external affairs, presented an update on the study to the school board Thursday.

The policing study includes surveying students and creating focus groups on perceptions of police, student experience with police, and opinions on the benefits of having the department. Researchers with Indiana University’s Public Policy Institute, which is leading the focus groups, will also cover racial equity.

Administrators will present recommendations to the board in two to three months.

According to a Chalkbeat analysis, Indiana school police are 2.5 times as likely to arrest Black students as white students. State data from 2019-20 shows that Black IPS students received out-of-school suspensions at a much higher rate than did white students. IPS students also received out-of-school suspensions nearly twice as high as the state average. In the same school year, IPS had 36 school-related arrests.

The IPS police department provides safety and security for all schools and buildings. IPS officers can arrest students. Officers focus on de-escalation tactics, according to the district.

The department has shrunk in recent years and now has 40 sworn police officers.

“We want to make sure that our Black and brown children are not being disciplined more severely than others for the same type of activities, right?” she asked.

Young said he agreed with that sentiment but that the district still needs to continue to evaluate and correct things.

“I think there is a mindset shift that is taking place, and we need to push that further and faster,” he said.

Moore then asked about educating students about their civil rights.

“Are we going to do any training for our children about how to properly advocate for themselves so they can speak for themselves and still be able to maneuver and work their way throughout the school district?” Moore said.

The district’s review follows a summer of nationwide protests against police brutality. In June, Superintendent Aleesia Johnson said the district was expanding anti-racism training and would analyze its police department’s role in schools, after Minneapolis Public Schools and other districts eliminated their own police departments.

The district board approved a racial equity policy and its Black Lives Matter Resolution in June. The policy calls for expanding “ongoing efforts to identify and address racial disparities and disportionalities in school suspensions, expulsions and academic outcomes.”

The resolution pledged the district would be “restructuring the IPS Police department to reduce the number of officers in schools, implementing a revised continuum of force policy to minimize the incidence of use of force, and auditing all practices to identify and reduce racial disparities and prioritize student safety.”

The policing study is the second in five years. The district shelved a previous study done under then-Superintendent Lewis Ferebee because of a change in leadership.