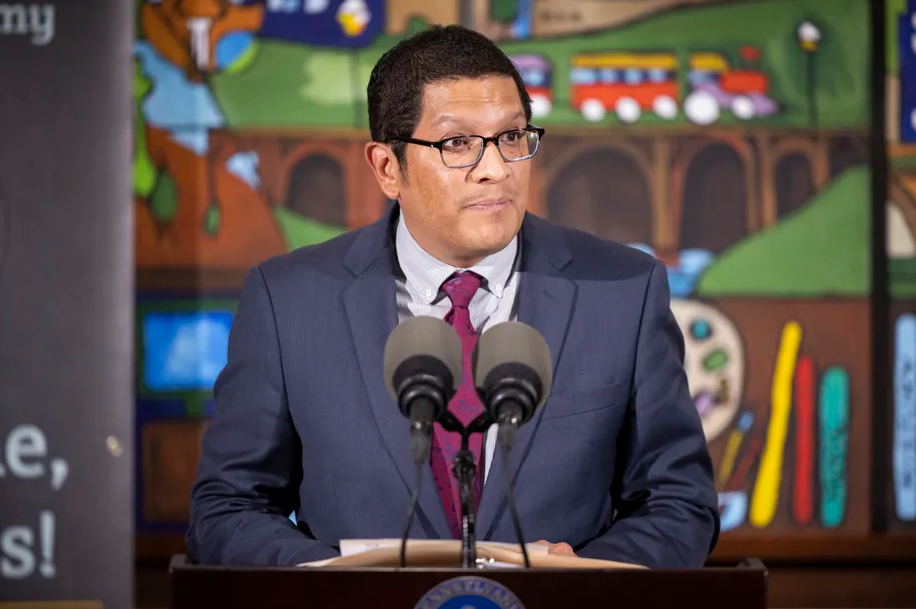 Once considered as a solid contender to be Philadelphia’s first Latino superintendent, Noe Ortega will step down next week as Pennsylvania’s education secretary, Gov. Tom Wolf announced Friday.

Ortega has led the department since 2020, when Wolf nominated Ortega to lead the agency; the state Senate confirmed him in 2021. He previously served as the department’s deputy secretary.

“It has been a tremendous honor to lead the department of education during an unprecedented moment in the history of the commonwealth and I am extremely proud of the accomplishments made and the resiliency demonstrated by the [state education department] team throughout my tenure,” Ortega said in a Friday statement.

Before joining the department in 2017, Ortega spent eight years at the University of Michigan, where he held several roles, including assistant director at the National Center for Institutional Diversity and managing director for the National Forum on Higher Education for the Public Good. Before that, he spent nearly a decade working in financial aid and enrollment management at public and private universities in Texas.

Ortega has backed greater financial support for public schools. He testified in January at the state’s fair-funding trial in Harrisburg that Pennsylvania cannot reach its goals for post-secondary enrollment and completion without investing more in K-12 education. He also noted that according to data collected under the federal Every Student Succeeds Act, the percentage of “highly effective” teachers declines in school districts as the percentages of Black, Latino, and economically disadvantaged students increase.

“His successful efforts to diversify our educator workforce and improve opportunities for students to obtain postsecondary education opportunities will undoubtedly continue to impact our learners for years to come,” Wolf said in the Friday statement.

When Philadelphia started its search for a new superintendent late last year, members of the city’s growing Latino community included Ortega’s name as a potential candidate. Julio Nuñez, an assistant principal at Sheridan Elementary, said that a Latino leader who embraces their identity and understands families’ struggles would validate students. “When students in the district see this in a leader, they feel seen,” he said.

Ortega replaced Pedro Rivera, a Philadelphia native, as the state’s education secretary in 2020.

Eric Hagarty will serve as acting secretary starting April 29. Hagarty currently serves as the governor’s deputy chief of staff, and has been responsible for implementing Wolf’s priorities and policies relating to education.