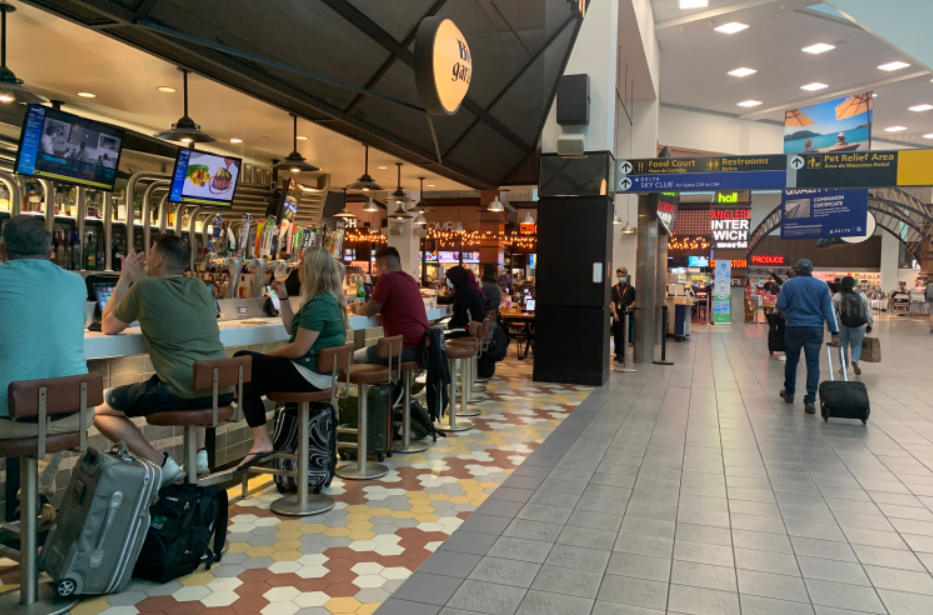 The Port Authority of New York and New Jersey has pledged to ground sky-high prices on concessions at the region’s three major airports after a review by its own inspector general.

The audit — spurred by an August 2021 story in THE CITY that highlighted high-flying costs at LaGuardia, JFK and Newark airports — found that 25 customers paid “totally indefensible” prices of more than $23 or $27 for airport beers, according to the Port Authority.

“Nobody should have to fork over such an exorbitant amount for a beer,” said Kevin O’Toole, the Port Authority chairperson.

The review by the agency’s inspector general, released Thursday, determined that the Port Authority’s 2020 pricing guidelines, which allowed airport businesses to charge up to 10% more than “street pricing,” were “too vague” and didn’t precisely spell out how much airport concessionaires could charge.

The agency has now revised its 35-page manual to set clearer pricing policies for concessionaires.

“I mean, it is a lot of words to say, ‘Please don’t rip people off because maybe we actually enforce the rules this time,’” Jason Rabinowitz, who called out the $27.85 price of a Sam Adams Summer Ale Draught in a 2021 tweet, told THE CITY.

Port Authority officials said the revised guidelines offer “clear, specific and detailed steps” on how concessionaires must adhere to the street pricing policy.

“It also redoubles the emphasis on including lower-priced value items at every concessionaire,” said Rick Cotton, the Port Authority’s executive director.

The guidelines were previously revised after the Port Authority board voted in 2018 to increase the minimum wage for tens of thousands of airport workers to $19 an hour by next year.

But travelers who last year called out high-priced airport spuds and suds — including  a $10.90 order of fries at Newark Liberty Airport — said they’re skeptical that the new guidelines will be enforced.

“Look, man, I live in New York City, I don’t expect enforcement of anything ever,” said Cooper Lund, who came across the pricey 23-ounce Sam Adams last year at a Biergarten outlet at LaGuardia. “The only way you can get any type of enforcement is by yelling loud enough online.”

The audit flagged OTG, which operates restaurants and stores at the three major area airports, for erroneously adding a surcharge on top of what the Port Authority described as “an inflated beer price.”

The company, which has airport concessions in 10 cities, including Washington D.C., Chicago, Toronto and Orlando, blamed a clerical error for 25 customers being incorrectly charged.

“As soon as this information was presented to us, we immediately contacted each customer and refunded the entire check of their ordrin addition to fixing the error on our end,” an OTG representative said in a statement. “The seasonal beer ran through the summer in over 130 restaurants and bars that we operate across the country and this one location is the only place it was keyed in error.”

The spokesperson added that OTG has taken “clear and decisive actions to prevent this from happening again.”

But Lund said the high prices at the airport extend well beyond what customers pay for drinks.

“They’re using the outlier of the $27 beer as a way to smooth over that everything was overpriced across the board,” Lund told THE CITY. “And that’s the problem.”

THE CITY last year reported that bags of potato chips and bottles of lemonade, soda and water that are sold inside LaGuardia and JFK terminals are priced well beyond 10% higher than what stores near the airports charge.

“They need to be transparent with the public,” said Lund, who noted that he paid $12 for a pint of beer at LaGuardia prior to a February flight to New Orleans.

The Brooklyn man said he’s still waiting for OTG to make good on its “beers on us” pledge after he initially tweeted out a photo of a menu from an airport Biergarten.

“I flew out of LaGuardia and [direct messaged] them — I’m not going to turn down an offer for a free beer,” Lund said. “But I never heard back.”