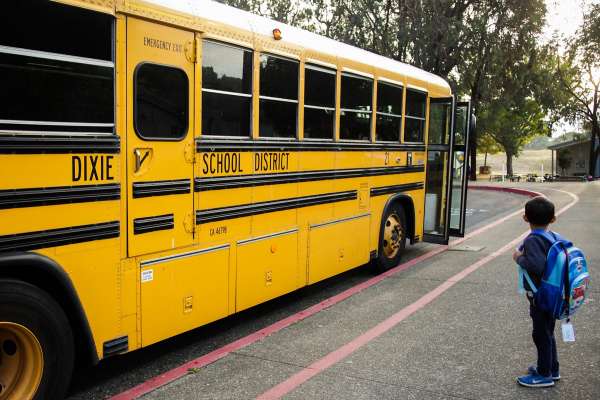 With only days until students return, Chicago wonders: What’s next?

Throughout a tense week, as Chicago Public School officials and union leaders met privately and traded barbs publicly over negotiations to reopen school buildings, one thread was consistent from both sides: A deal was within reach.

But with less than 72 hours left until Chicago is supposed to reopen schools to its largest number of students yet, there’s no agreement — a reality that leaves parents, students and educators wringing their hands about what Monday could bring. A school day? A strike? Something in between?

The district has not backed off from insisting that in-person school for elementary students will start Monday, a scenario that looks increasingly unlikely. There appears to be agreement on a substantial list of issues, but the remaining sticking points — including the number of work-from-home accommodations granted — won’t be easily resolved.

With a deal still elusive, Chicago school officials and union leaders redoubled their efforts Friday to appeal to public opinion after two fairly quiet days with fewer public appearances. Friday morning, district officials hosted a virtual roundtable with Chicago physicians who strongly backed the district’s safety plan and argued against delaying the planned elementary school reopening until employees can be vaccinated. Some stressed they are sending their own children back and reassuring patients they can do the same safely.

The union organized a 7 a.m. press conference to highlight lingering gaps between its position and the district over staffing — notably how many teachers should get accommodations to continue working from home and why. An elementary school teacher and a school clerk — each of whom are living with loved ones with cancer — described the agony of asking for an accommodation and not having it granted.

“My family member has cancer, and my (ADA) accommodations are still pending,” said Deanna Myron, a school clerk who has been asked to report to work two days a week and has been docked pay for refusing (she works remotely the other days). “This anxiety is real, but this virus is real as well.”

Jose Frausto, a computer science teacher at Tonti Elementary, said he had been denied a child care accommodation — those were the least likely to get granted in the first reopening wave, according to December data — and had refiled his request to flag that his child has a medical condition. He put a link tracker on the file, and claimed it had not been opened. Other educators on the call described similar red tape in the process.

Asked the bargaining schedule for Friday and the weekend, Stacy Davis Gates, the vice president of the Chicago Teachers Union, said “we’re going to bargain until we get an agreement” but offered no additional details.

However, a chart shared with union members on Thursday night, along with a bargaining update from the district earlier in the week, gives a sense of lingering areas of dispute over two key issues: how many educators will receive work-from-home accommodations and what metrics will be used to decide when the district reverts back to remote learning.

The district has said it will grant accommodations to educators and support staff who themselves have medical conditions or are primary caregivers to someone with increased risk of severe illness. It has granted limited child care accommodations. But the union is pushing to expand the number of work-from-home permissions — including for staff members who live with immunocompromised family members —a request the district says could impact efforts to staff buildings.

The two sides are also at odds over what testing positivity rate should be used to revert the entire district to remote learning: the union wants school closed if the city hits a 3% coronavirus positivity rate, while the district wants to use the test positivity rate of its own surveillance testing.

What may happen, and when, is unclear. The two sides have come to some significant initial agreements, according to the union’s Thursday chart and district reports, including on school-level safety committees to enforce public health rules, ventilation measures, and the need for additional protective equipment.

Compared to the plans it shared in July, when Chicago geared up to reopen schools the first time, Chicago Public Schools’ latest counterproposal has significantly stronger safety measures for schools, including additional surveillance testing for staff and for some students.

A recent ruling by a judge in Cook County over a teachers labor dispute in the nearby suburb of Cicero could also impact what happens next. In Cicero, where teachers have also refused to go into buildings despite a mandate to return, a judge rejected a request by the district to rule the labor action was “illegal,” and force teachers to return to the classroom. That sends the effort back to labor court, which could take months.

In the absence of a weekend deal, the union has said teachers will continue to work remotely. If the district threatens disciplinary action, such as locking out teachers from remote classrooms and docking pay, teachers have said they will strike.

The better scenario for students is a deal, but even with one, Monday could be a stretch. Teachers already have taken to social media to show pictures of their classrooms untouched since last spring when campuses across the state shuttered abruptly.

Whatever happens, the lingering uncertainty has left many parents confused and angry. On Friday, multiple groups circulated flyers touting multiple efforts to have their voices heard. A proposed student sickout Monday intends to show solidarity for teachers and in favor of continuing remote learning. A pro-reopening group is encouraging like-minded families to meet for socially distanced snowballs and sledding on Sunday on the city’s Near West Side.

The participants at the district’s physician roundtable strongly endorsed the district safety plan, saying that it replicates or even goes beyond prevention strategies that have kept staff in the clinics and hospitals where they work safe. They spoke about national and international studies that have shown that schools are not a driver of coronavirus transmission. In fact, said Dr. Daniel Johnson, a pediatric infectious disease specialist at the University of Chicago, the data have clearly shown that they are one of the safest places for children: “Going to school reduces the risk of a child getting COVID. Schools are controlled environments.”

As of Jan. 23, the district is reporting 40 employee and five student coronavirus cases in its schools.

The doctors said that while vaccinating educators is an important step, it is not necessary to ensure a safe reopening of school buildings. They noted that some school employees likely will decline to get the shot.

“Getting children in class is vital and paramount, and we can do it in a safe way now,” said Dr. Tomitra Latimer, a physician at Lurie Children’s Hospital and pediatrics professor at Northwestern University. “I am not a proponent of waiting. We would be waiting too long.”

This article was originally published on With only days until students return, Chicago wonders: What’s next?