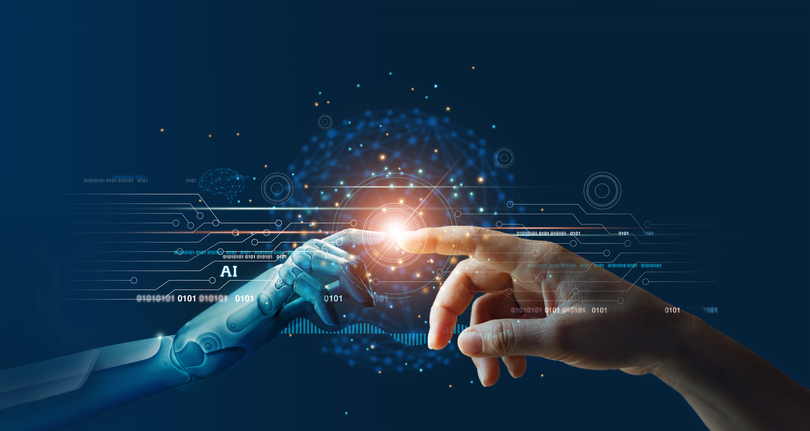 When the term artificial intelligence, or AI, pops up in conversation, it usually garners a mental image of vengeful computer robots threatening to take over the world.

A basic definition of AI and its modern implications, however, exist outside this extreme perception.

English mathematician and computer scientist Alan Turing is often credited with developing the concept of artificial intelligence back in 1950.

In his paper, “Computing Machinery and Intelligence,” Turing hypothesized the simultaneously mind boggling and bone-chilling question, can machines think? He explored this theory in his famous “Turing Test,” originally named “The Imitation Game.” During the game, a human evaluator tries to determine which player-Player A or Player B- is the computer and which is the human.

Turing’s paper was foundational in that it countered all prior objections to the notion of autonomous thinking machines, laying the groundwork for future research. 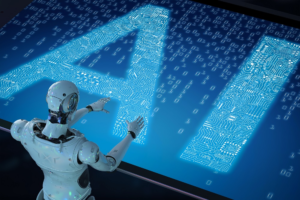 The past few years have witnessed major advancements in AI that impact your daily life. Some of these every day developments include mobile check deposits, Amazon’s Alexa, Snapchat filters, and voice-to-text features.

AI specialists only see these advancements expanding in the future. Stanford Computer Science Professor Fei-Fei Li said, “As a technologist, I see how AI and the fourth industrial revolution will impact every aspect of people’s lives.”

While many of the advancements and research stemming from AI seem to offer endless possibilities, there are potential risks that could arise if artificial intelligence is not controlled. Below is a list discussing some of the potential benefits and risks underlying continued AI developments.

Artificial intelligence has the power to dramatically change the medical field. AI algorithms will be able to first analyze patient data to reach a diagnosis and then customize treatment based on a patient’s genome, environment, and lifestyle. AI has already been integrated into cancer and cardiac treatment as computers are able to decipher patterns in CT scans, MRIs, and echocardiograms that the human eye often misses. Along with assisting doctors in diagnosis and treatment developments, AI robots will also be able to aid surgeons by making more precise incisions. 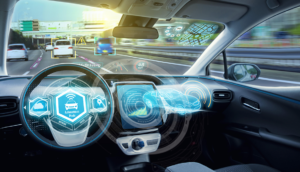 The sci-fi tale of autonomous cars has been a reality for the past two years with the world’s first autonomous taxis on the road in Tokyo. Likewise, there are driverless, lightweight trains operating in Germany, France, and Italy. According to a Forbes article, AI transportation has the potential to reduce the number of accidents on the road, decrease traffic, and lessen carbon emissions. With the transportation sector contributing 28% of the United States’ total carbon emissions, scientists and AI specialists are working towards creating eco-friendly autonomous vehicles.

According to a study conducted by the University of Maryland, hackers attack every 39 seconds, averaging 2,244 times per day. PCybersecurity is of the utmost importance in today’s digital world. AI algorithms are collecting data on millions of cyber incidents and using this information to scan computers for new viruses and malicious programs.  By understanding previous cases of malware, AI algorithms can recognize potential threats,  preventing data breaches and theft. One of the major benefits of using AI to detect a cybersecurity threat is its prompt response time, as artificial intelligence algorithms scanning for suspicious activity can respond almost immediately to any threats detected.

While the massive amount of data that AI collects allows algorithms to achieve the above cybersecurity protection, there is also a potential dark side to allowing computers to collect and know so much, as data in the wrong hands can lead to abuse of power. Every search, like, and purchase you make online is already being stored and analyzed to provide you with the next, highly curated post and product on your feed. Facial recognition software, for example, while convenient in the moment of unlocking your iPhone, has raised ethical concerns. Industry specialists and lawyers have discussed setting limits on what data these machines should be allowed to collect and analyze. Currently, there are no laws outlining any regulations on the use of artificial intelligence and what user data can and cannot be collected. 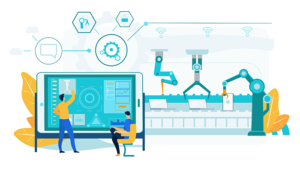 Probably the most immediate threat of artificial intelligence is job automation. As AI becomes increasingly adept at reading and analyzing different data sets, many employees with repetitive tasks are at risk of being replaced by machines. According to a two-year study conducted by McKinsey Global Institute, up to 30% of the world’s current workforce could be replaced with artificial intelligence by 2030. The report also estimated that automation will displace between 400 and 800 million jobs by 2030. It is also important to note, however, that AI specialists also predict that the roll out of these new algorithms and technologies will eventually lead to new job creation. History has taught us this lesson. As the industrial revolution led to the automation of many factory jobs, a need for humans to complete other tasks, such as ensuring the machines ran smoothly, developed over time. So, while the initial impact of AI may lead to a replacement of workers within certain industries, the long term effect could be a creation of new sectors and more jobs.

Artificial intelligence has already been integrated in our daily lives and will continue to impact the world in countless ways.

Although many of AI’s advancements provide society with convenience, increased safety, and exponential accuracy, there are ramifications that need to be considered.

“AI is likely to be either the best or worst thing to happen to humanity,” said Stephen Hawking.

The Herald
More from TechnologyMore posts in Technology »