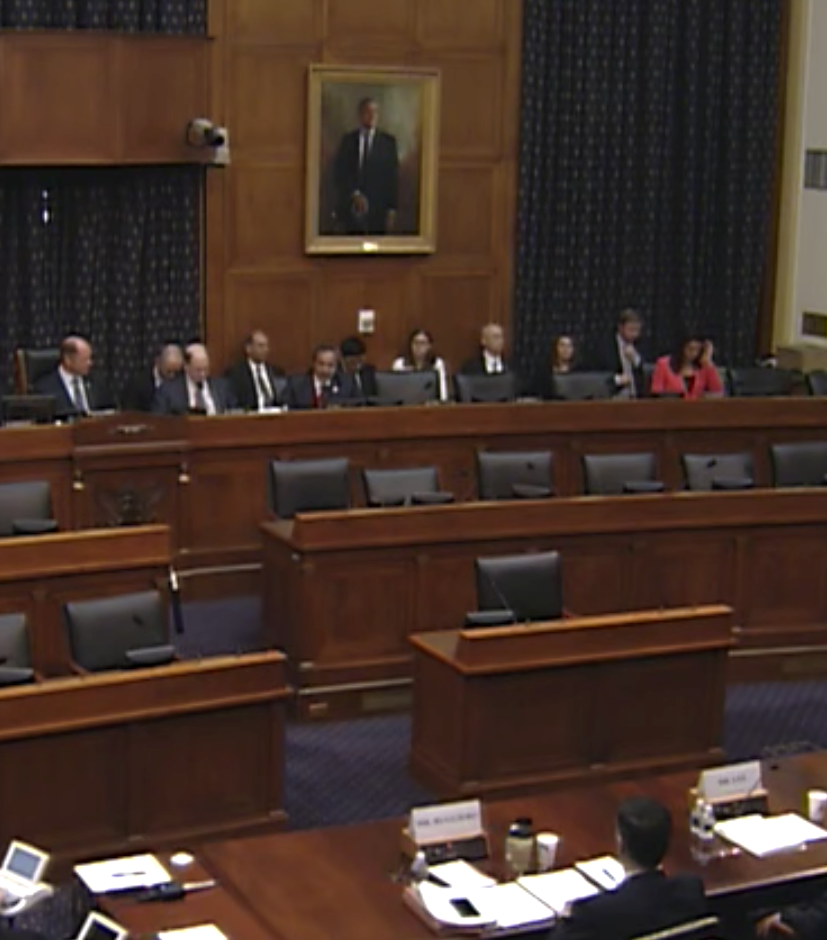 Congress continues its virtual antitrust hearing, grilling CEOs of the world’s largest tech conglomerate.  Mark Zuckerberg of Facebook, Tim Cook of Apple, Jeff Bezos of Amazon, and Sundar Pichai of Alphabet all have prepared statements in response to questions they will face in relation to their current business practices and implications for fair rivalry.

In a discussion today led by The House Judiciary Antitrust Subcommittee, for the first time the executives will stand together as they attempt to highlight just how their services have benefited the livelihoods of American workers and consumers alike.

Even so, the influence of these giants is beyond breadth, as emphasized by Committee Chair David Cicilline (D-RI).    In his opening statement. Cicilline remarks that the danger of the firms’ ability “to dictate terms, call the shots, up-end entire sectors and inspire fear, represent the powers of a private government.”

“As gatekeepers of the digital economy these platforms enjoy the power to pick winners and losers to shake down small businesses and enrich themselves while choking off competitors.”

After the leaders are sworn in following a one hour delay for the hearing to commence, the CEO’s deliver their opening remarks, and are subject to initial cross-examinations by committee members, as illustrated below.

CEO Jeff Bezos begins his remarks by referencing the very business climate that has enabled Amazon to thrive: “The trust customers put in us every day has allowed Amazon to create more jobs in the United States over the past decade, than any other company.”

Bezos’ words are a token to the opening statement he released yesterday. In favor of Amazon receiving scrutiny, he recounted: “We should scrutinize all large institutions, whether they’re companies, government agencies, or non-profits. Our responsibility is to make sure we pass such scrutiny with flying colors.”

In cross-examination, Congresswoman Pramila Japayal (D-WA) asks Bezos as to whether Amazon has ever utilized seller-specific data in determining business decisions. Having answered the question vaguely and without a definitive “yes or no,” Japayal revealed that her concerns for Amazon posing a competitive risk for sellers using the platform have not dissipated.

Facebook CEO Mark Zuckerberg first addresses the hearing with a warning against a restriction of US firms in an age of global competition. While Facebook believes in “upholding democratic tradition” in a “competitive marketplace,” the company cannot ensure that their “values will win out” if significant restrictions are placed upon them.

After all, Zuckerberg’s beliefs towards acquisitions, a primary concern of the hearing today, are grounded in Facebook’s innovation. “Acquisitions bring together different companies’ complementary strengths,” Zuckerberg expressed in a statement made yesterday.

So far, Zuckerberg has only been addressed once in cross-examination in a point of error by Congressman Jim Sensenbrenner (R-WI), referring to an incident that occured on the social media platform Twitter, which is not owned under the Facebook conglomerate.

In his opening statement, Apple CEO Tim Cook transparently communicates a point that he recognizes is currently of dispute:

Unsurprisingly, the concerns against Apple’s App store commission were immediately brought back to Cook’s attention. Congressman Hank Johnson (D-GA) suggested that Apple constructed rules “as they go” when it comes to the App store, insinuating that Apple could raise its commercial profit percentage from 30% to 50% if the firm saw fit. Cook stoutly disagreed with the aforementioned claim.

CEO Sundar Pichai of Alphabet, the powerhouse firm to subsidiary Google and Android mobile operating system, delivers his opening remarks in defense of the immense benefits that the company’s innovation has produced.

Pichai praises the competition that has made Android technology extremely accessible to consumers. Integration of the technology into mobile operating systems has enabled “billions of consumers” to “afford cutting-edge smartphones, some for less than $50.”

This innovative optimism is seemingly short-lived. In the first cross-examination, Committee Chair Cicilline denotes that a massive “conflict of interest” exists between Google’s mass-housing of public information in relation to its business structure, which sells advertisements to incentivize consumers to stay on Google-owned websites.

In response, Pichai downplays the number of ads that are retrieved in response to Google searches, claiming that oftentimes no ads are shown at all.

Subsequently, Congressman Matt Gaetz (R-FL) insinuates Google’s “millions upon millions of dollars from the Chinese military.” Pichai quickly identified the claim as false, reiterating that Alphabet’s work in China was anything but acting against the interests of the United States.

At the end of the 2nd hour

Two hours into the hearing, negative assertions have been flung towards the four executives with much deflection. To the avail of the Antitrust Committee, the claims have not yet cracked the leaders of the tech conglomerates, although insinuations have certainly raised eyebrows. For now, the hearing continues.

The above are reflective of the initial cross-examinations made virtually at the Antitrust Congress Hearing held on June 29, 2020.