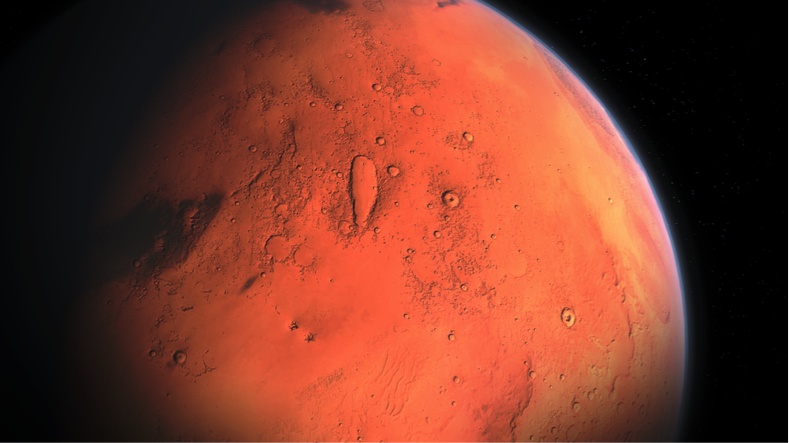 Airbus-France will fund the assembly of a massive satellite designed to collect Martian rock samples. The Earth Return Orbiter (ERO) will be the first satellite to capture and transport rock samples from Mars back to Earth, enabling scientists to best confirm if life has ever existed on the red planet.

Weighing 6.5 tons, the craft will utilize a combination of electric and chemical propulsion to complete its journey to Mars and back. Solar panels measuring 120 ft (39m) will be attached to both sides of the satellite, propelling the hefty ion-powered engine across space.

In conversation with BBC News, Dr. David Parker, Director of Human and Robotic Exploration at the European Space Agency (ESA), commented on the difficulty of managing such an interdisciplinary mission: “This is not just twice as difficult as any typical Mars mission; it’s twice squared – when you think about the complexity involved.”

“This satellite that Airbus will build – I like to call it ‘the first interplanetary cargo ship’ because that’s what it will be doing. It’s designed to carry cargo between Mars and Earth,” Parker elaborated.

As of current, the launch of the ERO is set for 2026. The most impressive aspect of the crafts’ mission is that, while hovering over Mars’ orbit, it will strategically align itself with NASA’s Perseverance rover to collect rock samples launched towards the ERO in a container-like structure. Re-entry capsules from the ERO will then transfer Perseverance’s rock samples back to Earth for scientists to study.

The announcement of the ERO was delivered at a joint meeting between NASA and ESA just ahead of the NASA rover launch this past week. NASA’s Perseverance rover began its journey towards Mars on Thursday, with a mission to collect data from the 40km-wide crater Jezero. The rover, which is a car-sized robotic vehicle, will search for evidence of past life on the red planet.

Scientists postulate from satellite imagery that Jezero’s bowl contained water over a billion years ago. As such, the promising location may provide evidence of signs of life preserved on the crater’s surface.

The rocket transporting Perseverance is the last of three spacecrafts launched in the month of July with a trajectory towards Mars. Both China and the United Arab Emirates have sent satellites towards Mars in the past weeks, with all three crafts meant to touchdown in February 2021.

Published in Science and Technology