Please ensure Javascript is enabled for purposes of website accessibility After boycotting his own advisory group, Carranza returns — slamming Cuomo in the process - THE CHICAGO HERALD Press "Enter" to skip to content

Home » After boycotting his own advisory group, Carranza returns — slamming Cuomo in the process 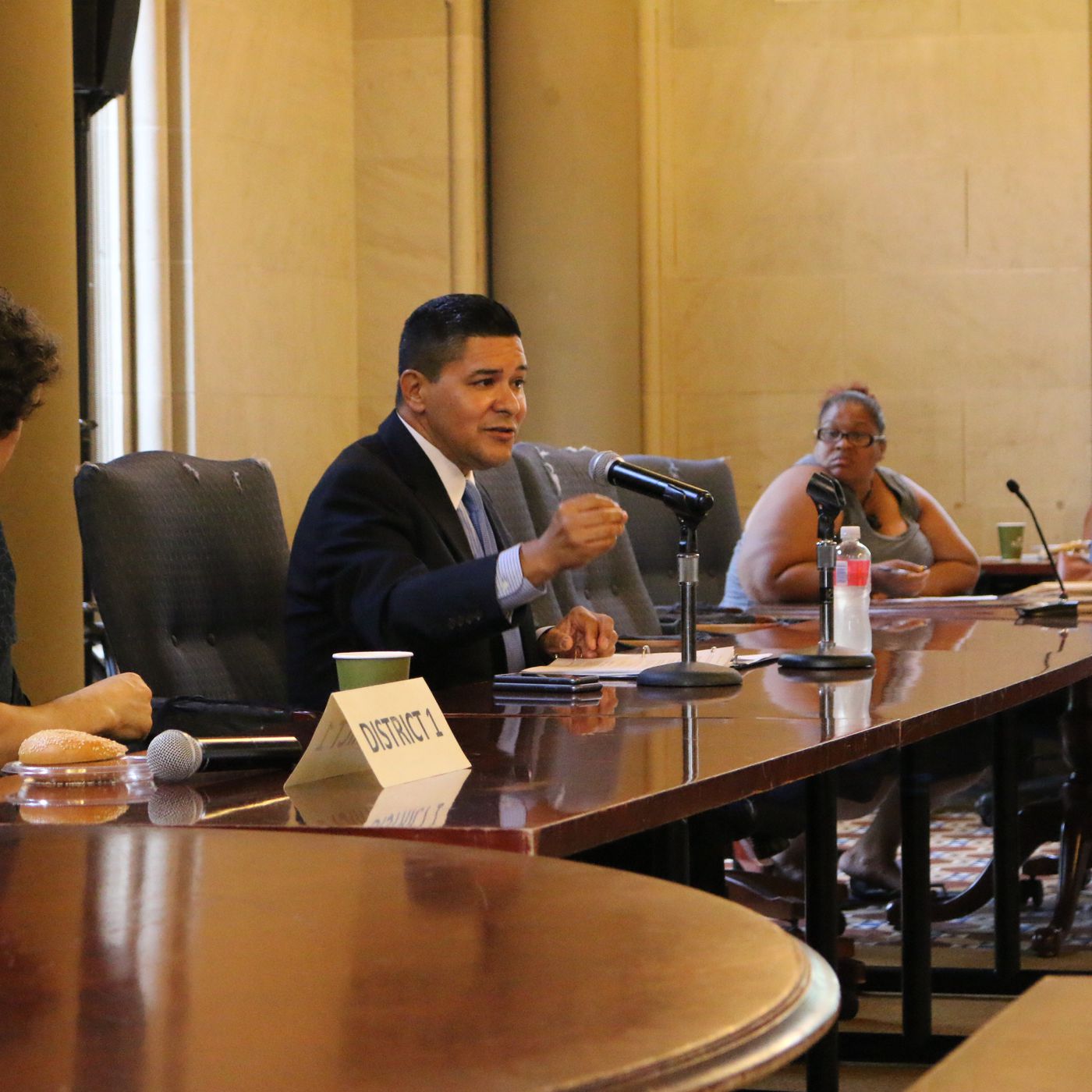 After boycotting his own advisory group, Carranza returns — slamming Cuomo in the process

Carranza had stopped attending the monthly meetings last November, amid a bitter internal battle over whether a recent election for the group’s leadership was legitimate. A committee tasked with investigating the matter found the complaints “without merit,” prompting the chancellor to come back to the group created as a conduit between parents and the schools chief.

“You are a body of parents that advises me, and if you didn’t have your act together, I’m not going to be part of that conversation,” Carranza told the group Thursday. “Now that it’s resolved, I’m thrilled to be back here.”

The chancellor also outlined some of his priorities for the year. Here are some of the highlights.

Carranza to Cuomo: Your school funding proposal had ‘no basis in reality’

Just a day after Cuomo’s State of the State address, Carranza slammed the governor for his repeated arguments that school districts need to do a better job of funneling money to high-need schools, saying it “has no basis in reality.”

“It sounds great — motherhood and apple pie — until we saw his plan,” Carranza said, an apparent reference to Cuomo’s previous proposals for approving school budgets and for creating an entirely new funding formula. On Wednesday, Cuomo officials said the state should “require” that state education funding go to the neediest schools, though they haven’t provided details.

New York City already funnels more money to high-need schools, and Carranza emphasized that Cuomo should instead pour more money into “foundation aid,” a state funding stream that directs more money to high-need districts, including New York City. Activists and some city leaders have said the state has never fully funded the formula and still owes the city more than $1 billion. Carranza added that he hopes “the governor and his team will work with us.” Cuomo’s formal budget proposal is expected later this month.

Carranza said he is eager to find ways to address massive discrepancies in parent association fundraising and wants to collaborate with parents to find a solution. Some schools with wealthy parents raise thousands of dollars per student, funding a slew of enrichment activities, while many others raise substantially less or no money at all.

“We have schools in New York City that have a whole other funding system in play,” he said. “The privileged get even more privileged and the poor get even more poor […] That’s something I think we could make a lot of headway on.”

Still, addressing those disparities will be politically contentious, especially if a solution involves diverting money from wealthier parent groups to fund poorer ones, or setting a cap on the amount of money they can spend.

After failing to get traction last legislative session on a plan to overhaul admissions to eight specialized high schools, Carranza pledged to continue lobbying in Albany, albeit with a slightly different approach.

Instead of pushing to overhaul the state law that mandates admission to specialized schools be determined on the basis of a single test, Carranza appeared to back a new strategy to repeal the law entirely, which would give the city control over admissions.

“I know people say it’s a fool’s errand,” Carranza said. “I want the legislature to get out of the school board business.”

It’s unclear if Carranza and Mayor Bill de Blasio will have any more success this session pushing to automatically admit the top 7% of students across city middle schools, a move that would significantly increase racial integration at the coveted schools.

Carranza’s comments sparked at least one observer to point out the city could change the admissions policies at five of the eight specialized schools with no change in state law, but have chosen not to.

A second look at small schools

Carranza said he plans to discuss what to do when schools get so small that they struggle to offer AP classes, sports teams, and other activities.

“One of the public conversations we have to have this year is how small is too small and what are we going to do about it?” Carranza said.

Under Mayor Michael Bloomberg, city officials closed many low-performing large high schools and created small ones in their place, a strategy that research has shown produced academic benefits — though some small schools continued to struggle.

The de Blasio administration has closed or merged some schools, often citing enrollment issues, though there have not been any new closures on Carranza’s watch.

The article was published at After boycotting his own advisory group, Carranza returns — slamming Cuomo in the process.