Please ensure Javascript is enabled for purposes of website accessibility Analysis: Dennis Bonnen gave Texas legislators a reason to distrust their leaders, too - THE CHICAGO HERALD Press "Enter" to skip to content 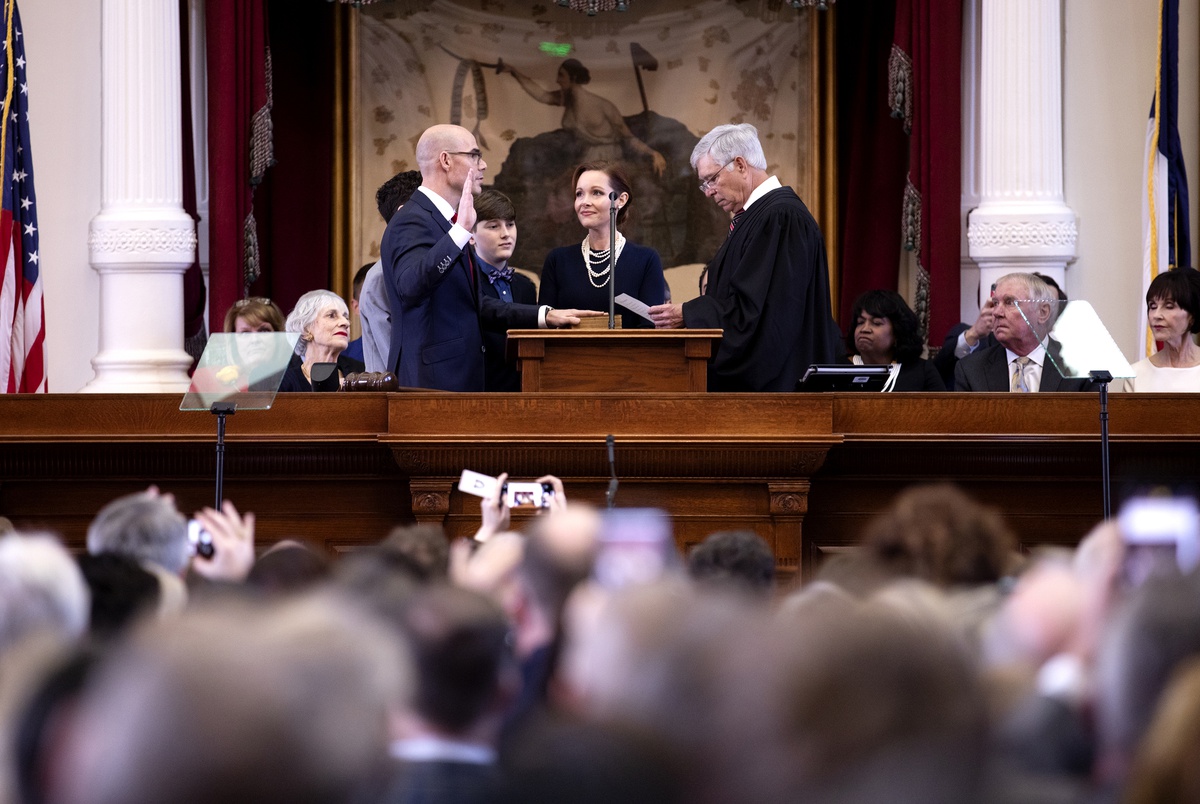 Analysis: Dennis Bonnen gave Texas legislators a reason to distrust their leaders, too

Within a few blocks of the Texas Capitol, the metamorphosis of Dennis Bonnen from hero to goat has been the lead topic for weeks, ahead of the president, the Cowboys — everything but the Houston Astros.

Outside of that 12- or 15-block area, most Texans don’t know who Dennis Bonnen is, and many aren’t quite sure just what the speaker of the Texas House does, or why it matters.

The Texas Tribune thanks its sponsors. Become one.

But don’t mistake Bonnen’s sudden decision not to seek another term for small news: His fall opens one of the top posts in state government less than a year after he rose to power, destabilizing the Texas House and recharging differences among Texas conservatives at the beginning of an important election year. Democrats, already hopeful after unexpectedly strong results in 2018, hope to take control of the House in 2020, and Bonnen’s troubles give them a lot to talk about. And for Republican officials who were set to crow about legislative successes in school funding and property taxes, it’s a distraction — a case where voters who’ve been tuned to draining swamps far away now have a state government swamp to add to their list.

Bonnen’s scandal had everything but sex and a dead body: a clandestine meeting, an illicit recording, political treachery, betrayal, attempts to cover it all up, an official investigation, and lots and lots of lying.

In the end, Bonnen and his acolyte in this, state Rep. Dustin Burrows of Lubbock, got caught selling out their colleagues, local governments and ultimately the House itself — and then persistently dissembling about it until the proof, in the form of a secret recording, came out a week ago.

Bonnen, a member of the House for a quarter-century, is one of the most effective operators in that 150-member body, often found in big debates and important back rooms, putting deals together and blowing them up, gathering the skills and relationships that lifted him into the top job 10 months ago, after a short, last-minute campaign for speaker.

He was the first new speaker in a decade. He replaced Joe Straus of San Antonio, a respected establishment Republican who nevertheless often found himself at odds with Gov. Greg Abbott and Lt. Gov. Dan Patrick. For the House, Bonnen offered a chance to reset those relationships, a do-over for a party looking for some wins.

He, Abbott and Patrick started the session holding hands, promising serious work on school finance, property taxes and Hurricane Harvey recovery. They were implicitly promising not to burn another legislative session — as they did in 2017 — arguing over something like the “bathroom bill” that dominated the earlier conversation. Their voters weren’t happy and said so, in the way voters do, in the 2018 elections. The Republicans won, but not by their customary margins, and they came back in January of this year promising better results.

In their terms, they got them, spending billions more on education, putting laws in place they hope will limit future local property tax increases, and so on.

Some groups, like Empower Texans, headed by a provocative political operator named Michael Quinn Sullivan, were unimpressed with the session, railing about the high spending and what they saw as a missed opportunity to cut property taxes. They were vocal, but they were also emasculated, cut out of the political conversation by officials they had always supported.

And then, still in the glow of their legislative victories, Bonnen and Burrows met with Sullivan. They said they wanted to avoid internecine fighting in the 2020 elections but added that they wouldn’t mind if some of their fellow Republicans — they had a list — didn’t make it back to the House. Bonnen said Sullivan’s employees could get news media floor access to the House “if we can work this out.” He and Burrows made it clear they were out to get local governments — Bonnen was still on that bandwagon this week, in a series of tweets directing his ire at big cities and away from smaller ones — in ways that pitted legislators against local officials right before an important election.

And until the recordings were out for everyone to hear, Bonnen and Burrows lied to members and to the public about what had happened and about what they said. That’s a violation of one of the oldest laws in politics — you know, the one about cover-ups.

They violated the trust of fellow legislators in the meeting, and then in what they said about the meeting before the proof — Sullivan’s recording — was offered.

Outside of that bubble around the Texas Capitol, the details of this will quickly melt away. But the smell of it could linger through the next elections. And the next speaker, whomever that turns out to be, will lead a House where trust in leadership has been terribly shaken — something people inside the bubble now have in common with the people on the outside.

The article was published at Analysis: Dennis Bonnen gave Texas legislators a reason to distrust their leaders, too.