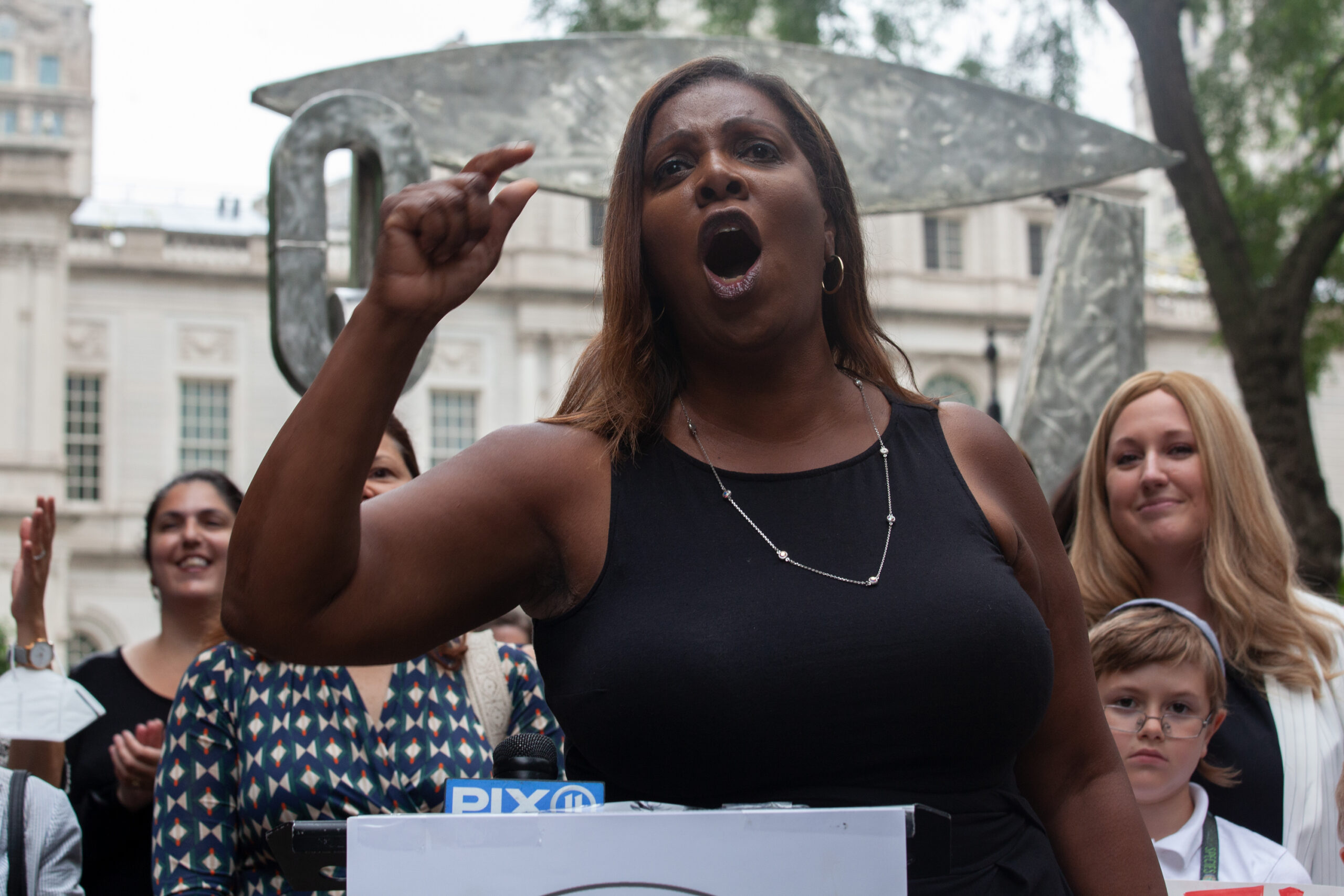 “The goal is whatever they can get as soon as possible,” said one source.

James, who was elected as the state’s top lawyer in 2018, is already filming a campaign ad, according to one source with knowledge of the plan, and an announcement on her run is imminent, two people said.

Delaney Kempner, a spokesperson for James, said in an emailed statement that she “has made a decision regarding the governor’s race. She will be announcing it in the coming days.”

If elected, James would be the first Black woman to lead any state in the union.

Hochul, a Buffalo native and lieutenant governor to her predecessor, Andrew Cuomo, immediately announced her intention to seek a full term when she assumed office in late August.

With no heir apparent waiting in the wings following Cuomo’s resignation after a report from James’ office found he had sexually harassed several women, the race is anyone’s game.

“Things were clearly thrown into turmoil. People had to react quickly to the facts on the ground,” said Neal Kwatra, a longtime Democratic strategist. “To her credit, frankly, Kathy has really hit the ground running and taken large advantage of the bully pulpit.”

A Siena College Research Institute poll released last week tested a four-way matchup among Democrats and found Hochul in the lead with 39%, James getting the support of 20% of her party’s voters, de Blasio with 10% and Williams with 8%, leaving more than a fifth of Democrats still undecided and up for grabs.

The last time there was a Democratic gubernatorial primary in New York, nearly 58% of the roughly 1.6 million votes cast in the 2018 race between then-governor Andrew Cuomo and actress Cynthia Nixon came from the five boroughs, according to state Board of Election records analyzed by THE CITY.

Voters in Brooklyn — James’ home turf, where she’s known as Tish — cast the most votes of any county in New York that year, accounting for nearly 20% of the overall Democratic primary vote. Meanwhile, Manhattan voters made up roughly 16% of the turnout.

Cuomo, whose campaign warchest of about $18 million could wield him some political influence, has accused James of using her office’s investigation into his conduct as a pretext to elbow him out of the way for her own shot at the state’s top job.

She’s denied abusing the power of her office, citing the independent lawyers charged with investigating Cuomo.

A James run for governor would also set off a scramble among other elected officials for the attorney general’s slot. As THE CITY recently reported, Brooklyn DA Eric Gonzalez, Queens DA Melinda Katz and state Sen. Michael Gianaris (D-Queens) are among the likely contenders to try to become the state’s top prosecutor.

“Tish spawns a domino effect of different people running for office,” said Christina Greer, a Fordham University political science professor. “It really does open up an opportunity for people in lower offices across the city to run. She helps so many other people, consciously and subconsciously.”