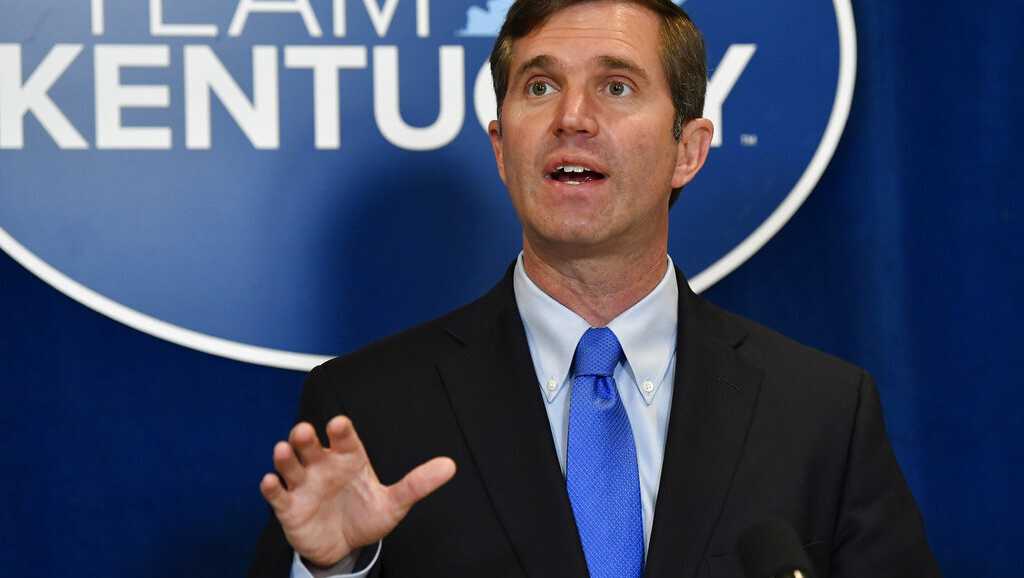 By Steve Bittenbender on September 7, 2021

Kentucky Gov. Andy Beshear announced over the weekend the state General Assembly will return to Frankfort on Tuesday morning and begin a special session focusing primarily on COVID-19 regulations.

The Democratic governor’s call for the session comes two weeks after the state Supreme Court ruled laws the Republican-led legislature passed earlier this year to curb his powers were constitutional.

“Now, that burden will fall in large part on the General Assembly,” Beshear told reporters. “They’ll have to carry much of that weight to confront unpopular choices and to make decisions that balance many things, including the lives and the possible deaths of our citizens.”

Since the ruling, the governor and legislative leaders have held talks to determine how the special session will be handled. According to the National Conference of State Legislatures, Kentucky is one of 14 states where only the governor can call lawmakers into a special session.

In a statement issued after Beshear’s announcement, House Speaker David Osborne, R-Prospect, said there was not yet an agreement on “specific language” lawmakers will consider and the discussions between the legislative leaders and administration were continuing.

In those discussions, though, they agreed it was in the state’s best interests to go ahead and convene.

“The proposals provided to the administration are the culmination of 18 months of research, discussion and input from groups and individuals directly engaged in responding to this pandemic,” the speaker said. “Members of the House remain committed to acting on behalf of their constituents in an effective and efficient manner.”

Kentucky currently is experiencing all-time highs in both caseloads and hospitalizations. The 5,111 new cases reported by the governor Friday marked the fourth-highest one-day total for the state. In addition, health leaders and other officials have expressed concern the current surge in cases is pushing health care resources to the brink.

Lawmakers will have a limited agenda before them that’s set by the governor’s proclamation, which he signed Saturday. The 10 subjects listed included a call to extend the COVID-19 state of emergency until Jan. 15, when lawmakers are expected to convene for the start of the 2022 session.

He is also asking lawmakers to approve extending orders issued by him and by state agencies related to the pandemic. Under the legislation passed earlier this year and upheld by the state’s top court, the governor’s orders are allowed to run for only 30 days, with any extension needing legislative approval.

Several of those orders would no longer be considered in effect since lawmakers passed a resolution establishing timeframes for them near the end of the session earlier this year.

Beshear also wants lawmakers to give him guidelines that would allow him to implement a mask mandate for indoor settings. He issued one last month for schools and daycares across the state but rescinded it after the Supreme Court ruling. Still, a similar order is in place through the state Board of Education for public schools and the Cabinet for Health and Family Services for daycare centers.

The governor said he realizes he’s not likely to get everything he wants from lawmakers. He told reporters, though, that maintaining the ability to issue mask mandates was a key item for him and credited previous mask mandates for limiting the impact of previous surges.

“That kept our emergency rooms and our hospitals from overflowing and being overrun before, but we’re already to that stage now,” he said Saturday. “So, I think that it’s necessary. If they won’t consider providing that authority in general, my hope is that they will consider a threshold to where they will provide me that authority.”

In addition, lawmakers will consider giving schools more flexibility regarding non-traditional instruction (NTI) or virtual learning. While used extensively throughout the first year of the pandemic, lawmakers limited schools to just 10 NTI days this year. That measure also only lets districts implement NTI on a district-wide level and not by school or class.

However, during the first month of classes, nearly 20% of the state’s 171 public school districts have had to shut down due to some combination of student or teacher and staff COVID-19 cases or quarantines. Not every district, though, switched to NTI during those closures.

“As the governor has said, the General Assembly now bears the responsibility for the decisions they make,” Kentucky Commissioner of Education Jason Glass said. “I hope legislators follow the public health science, as the Kentucky Board of Education has done. Staff at the Kentucky Department of Education are reviewing legislative proposals and will continue to advocate for additional flexibility for our districts so that as many students as possible can remain safe, healthy and in the classroom.”

Often throughout the nearly 18-month pandemic, the relationship between the governor’s office and the legislature has been strained. Many GOP lawmakers have been critical of measures Beshear implemented, including orders requiring masks, social distancing and capacity restrictions.

Kentucky’s Supreme Court ruled in November 2020 that Beshear had the authority under state law to issue his COVID-19 orders. That decision, however, provided a guide for lawmakers to restrict those powers during the last session.

The session will not be limited to just COVID-19 matters. Beshear has also asked to extend a state of emergency in Nicholas County, where flash flooding a month ago caused extensive damage in Carlisle.

The governor issued a state of emergency Aug. 3 for the communities affected but asks for 30 more days to ensure businesses and residents get the resources they need. A request for a federal declaration remains under review.

There’s also a call to give Kentucky’s Cabinet for Economic Development the ability to offer incentives for business projects with a minimum investment of $2 billion. Beshear mentioned that there are five such projects considering the state, and any of those would serve as the largest development ever in the state.

The governor identified Glendale, a rural unincorporated community in southern Hardin County roughly 45 minutes from Louisville, as a possible location for some of those projects. For about 20 years, the state has marketed a roughly 1,500-acre greenfield site near its Interstate 65 exit as a site for a major manufacturing facility.

Beshear said he expects lawmakers to get through the agenda in five days. However, it may need to go a day or two longer depending on how the “good faith” negotiations