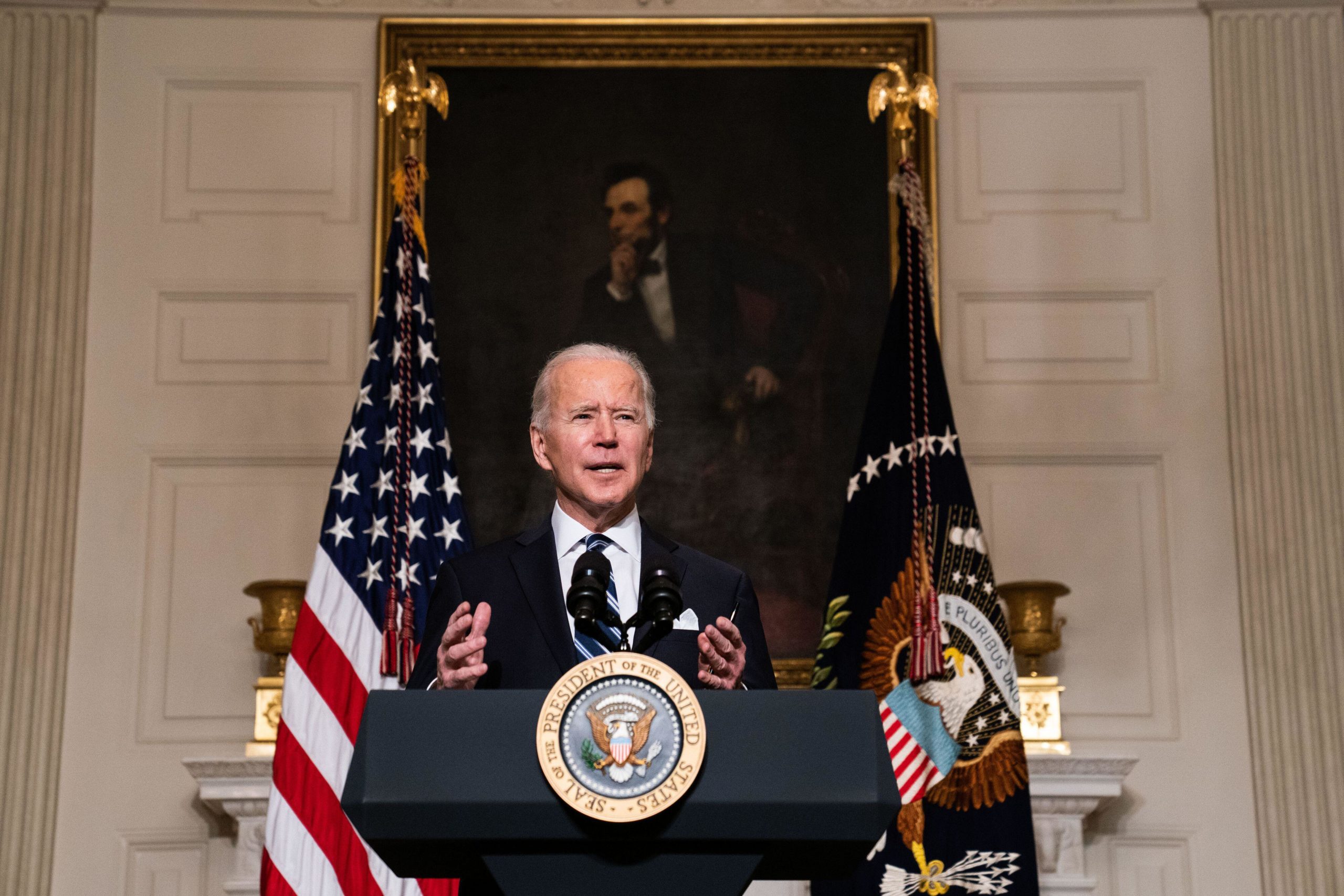 President Joe Biden announced sweeping new COVID-19 vaccine mandates that will force millions of unvaccinated Americans to receive the vaccine, undergo weekly testing or lose their jobs, flipping on a promise the president made in 2020 that he would enact no such mandate.

Biden rolled out the list of stringent new rules via executive orders and federal regulatory changes Thursday, most notably requiring that all private employers with 100 or more employees ensure that their employees are vaccinated or get tested weekly.

The White House estimates this rule, which will be enforced by the Department of Labor’s Occupational Safety and Health Administration (OSHA), will impact more than 80 million Americans.

The new mandates also require that all federal employees and contractors get vaccinated, with no testing opt-out option.

Biden lambasted Americans who have not yet been vaccinated in a speech Thursday, repeatedly saying the vaccine is safe and that “confusion and misinformation” are preventing Americans from taking the vaccine.

“It’s going to take some time,” Biden said, adding that all of Thursday’s changes would affect roughly 100 million Americans. “Many of us are frustrated with the nearly 80 million Americans who are not yet vaccinated even though the vaccine is safe, effective and free.

“We’ve been patient, but our patience is wearing thin,” Biden said, adding that he understands the anger people have at those who are not yet vaccinated.

Biden blamed unvaccinated Americans for the continuation of the pandemic, and did not address side effects and health concerns some Americans have. Biden’s new rules also put requirements on privately owned spaces.

“The president’s plan calls on entertainment venues like sports arenas, large concert halls, and other venues where large groups of people gather to require that their patrons be vaccinated or show a negative test for entry,” the White House said.

Biden’s speech came shortly after the White House released “a six-pronged, comprehensive national strategy” to combat the spread of COVID-19. The lengthy plan addresses a range of COVID-related issues, including requiring vaccination for health care workers employed at most facilities that receive Medicaid or Medicare funds.

“This is the pandemic of the unvaccinated,” Biden said. “To make matters worse, there are elected officials actively working to undermine the fight against COVID-19.”

After the announcement, Biden took fire from critics, who call the COVID-19 plan a gross abuse of federal power, violating the rights of employers and individuals to make their own medical decision and raising questions about a potential legal challenge.

“He doesn’t have the power to mandate this,” U.S. Rep. Thomas Massie, R-Ky, said on Twitter. “If government could mandate the vaccine for federal employees & contractors, it would require a vote of Congress. It’s medical tyranny. People will remember those who did this to them & who did not speak out.”

Critics also pointed out that Biden pledged that he would not enact a vaccine mandate less than a year ago.

“I don’t think it should be mandatory,” Biden said at a press conference in Delaware in December, referring to the COVID-19 vaccine. “I wouldn’t demand it be mandatory.”

White House Press Secretary Jen Psaki said in July the mandate was “not the role of the federal government; that is the role that institutions, private-sector entities, and others may take.”

“To clarify: There will be no nationwide mandate,” Walensky said in July. “I was referring to mandates by private institutions and portions of the federal government. There will be no federal mandate.”

Some businesses already have stated their plan to refuse compliance.

“The Daily Wire has well over 100 employees,” said Jeremy Boreing, co-founder of the right-leaning news site, the Daily Wire. “We will not enforce Joe Biden’s unconstitutional and tyrannical vaccine mandate. We will use every tool at our disposal, including legal action, to resist this overreach.”

U.S. Rep. Warren Davidson, R-Ohio, has already introduced relevant legislation, one of likely many legislative pushbacks to be examined in the coming weeks.

“​​My Vaccine Passport Prevention Act is designed to protect Americans from exactly this sort of overreach and violation of privacy,” Davidson said. “We need to hold a vote and get my colleagues on the record: Do they agree that the Constitution still protects privacy?”

Some critics have said Biden’s changes take freedom from Americans to evaluate the risks for themselves given their own health conditions or concerns.

“President Biden continues to undermine confidence in safe and effective vaccines. He is using fear, control, and mandates – and failing to put science first,” said U.S. Rep. Cathy McMorris Rodgers, R-Wash. “He hasn’t even nominated a FDA commissioner. This pandemic will never end if the American people aren’t trusted or given the information they need to asses risks and make the best decisions for themselves and their families. Perhaps to the authoritarian Biden-Harris administration, that’s exactly the point so they can hold onto their pandemic powers forever.”

“It’s unacceptable and not the American way,” she added.