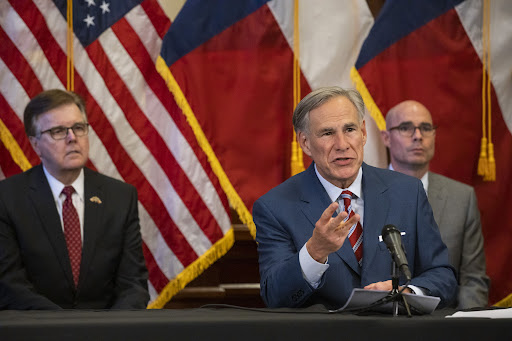 Early signs point to another Republican-dominated election cycle in Texas

Gov. Greg Abbott’s popularity with Texas voters has faded over the last two years, but remains strong among Republican voters, the latest UT/TT Poll found. Overall, more people (48%) disapprove of his performance than not (43%). But 79% of Republican voters approve, and that’s the group he has to worry about first.

It might be the only group of voters he has to really worry about at all. Democrats haven’t won a statewide race since 1994. They came close in 2018 behind the pitched contest for U.S. Senate between Republican incumbent Ted Cruz and Democrat Beto O’Rourke. But 2020 reestablished the GOP dominance in Texas: Donald Trump won by 5.6 percentage points, U.S. Sen. John Cornyn won by almost 10 percentage points and Republicans fended off well-financed Democratic efforts to gain power in the Texas Legislature.

The bigger threat for Republicans might be in March. And judging from the polling, the folks at the top of the GOP ticket aren’t in terrible trouble.

The campaigns are only beginning, but the primary season will be a short one, unless redistricting and voting law fights in the courts delay the election.

As it stands, candidates have to register to run before Dec. 13 — just five weeks from now. And early voting in the March 1 primary starts on Valentine’s Day. If you were working in a political campaign, staring at a calendar, that’s not much time, and weeks of it will be lost — for political purposes — to the holiday season. It’s not a lot of time to raise money, get a candidate’s name and ideas known to voters, turn those voters out and win a race.

That’s trouble for candidates of all parties, especially those of non-incumbents without big campaign bank accounts.

Abbott, who had a campaign account balance of $55 million at mid-year, had a solid lead over his Republican primary challengers in that recent poll. His opponents have more ground to make up and have much less money to do it with. More than half of the GOP voters (56%) said they’d vote for Abbott in a primary held now. Former Texas GOP Chair Allen West was second — with only 13%. Former state Sen. Don Huffines mustered only 7%.

Lt. Gov. Dan Patrick’s reelection number matched the governor’s. And Republican Attorney General Ken Paxton, who’s been wrestling with an indictment on securities fraud charges for most of his tenure in that job, and with allegations from former top aides that he used the office for the benefit of a political donor, remains well ahead of his primary challengers, with 48% of Republican voters saying he’s their choice. Land Commissioner George P. Bush (16%), state Rep. Matt Krause (3%) and former Texas Supreme Court Justice Eva Guzman (2%) have a long climb ahead and a short time to get it done.

The most talked about Democrat in that field, O’Rourke, hasn’t said he will run. It’s widely assumed, and Abbott has even run some advertising attacking him, but he remains undeclared. The two Democrats who want to challenge Patrick — Mike Collier, a businessman who ran against Patrick in 2018, and political consultant and pundit Matthew Dowd — haven’t moved most Democratic voters to choose: 67% said they haven’t thought enough about that race to have an opinion. That’s an even bigger crowd in the Democratic race for AG: 72% haven’t got a preference between former Galveston Mayor Joe Jaworski and Dallas lawyer Lee Merritt.

Democrats came closest to statewide victories in 2018, when that Cruz-O’Rourke Senate race was the talk of politics and voters drawn to that fight changed the look of the state’s electorate. They did better in congressional and legislative races, too — benefiting from a voting practice that’s no longer in place.

At the time, Texas still had straight-ticket voting — where voters could, with a single vote, choose all of the candidates from their party of choice. The swell of support for O’Rourke wasn’t enough to get him or other statewide Democrats over the top, but it tightened up a lot of the races. The vote for the Democratic at the top swamped some Republicans in down-ballot races and scared a number of them at the top of the ballot.

If O’Rourke or anyone else makes the top race close in 2022, it might not have the same effect. The UT/TT Poll had Abbott beating O’Rourke in a hypothetical race by 9 percentage points, which would look more like that Cornyn race last year. And even a close race at the top, without straight-ticket voting in place, might not threaten candidates at the bottom of the ballot like it did in 2018.