Please ensure Javascript is enabled for purposes of website accessibility Feds propose clearing 900,000 acres of brush in California and Nevada - THE CHICAGO HERALD Press "Enter" to skip to content 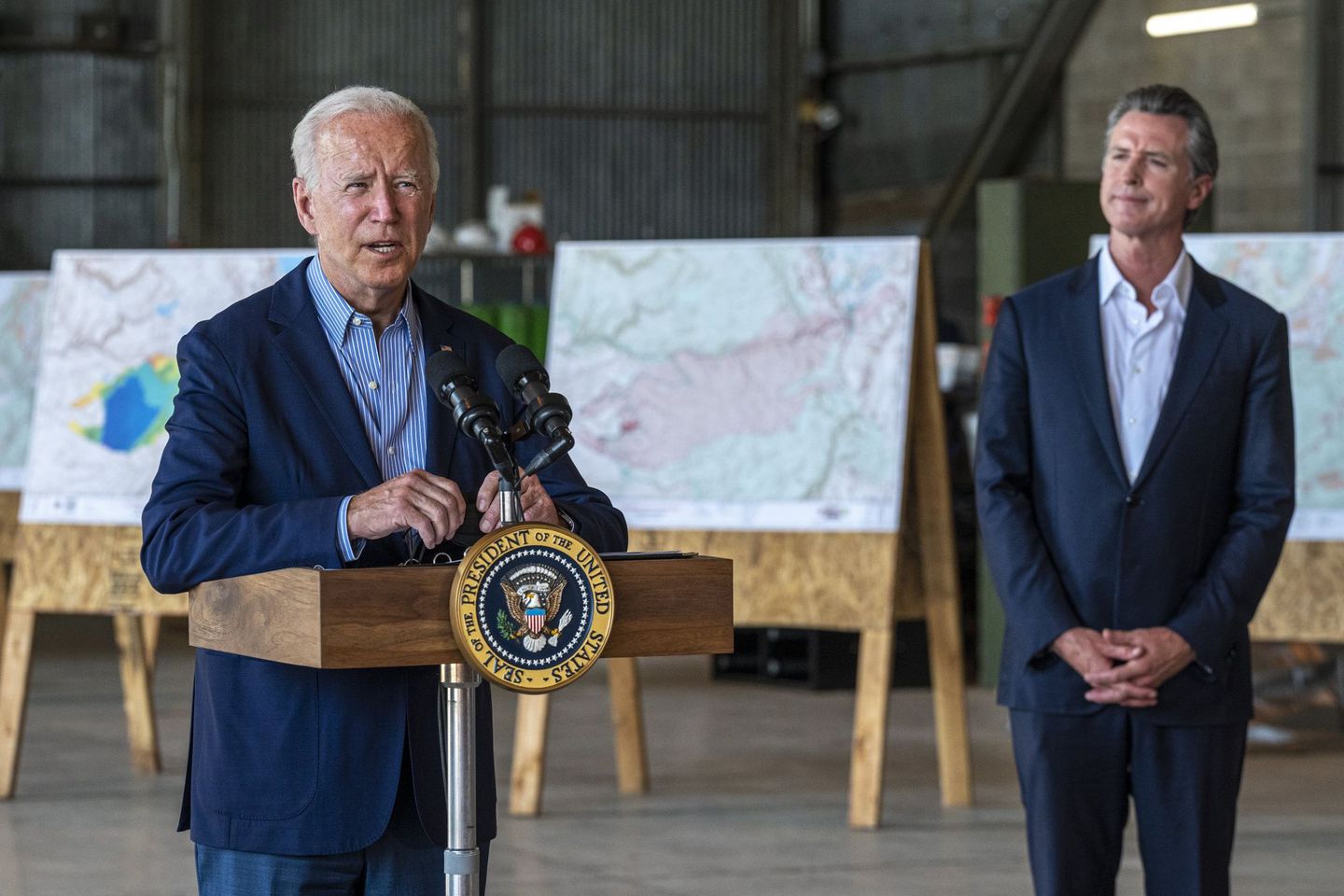 Feds propose clearing 900,000 acres of brush in California and Nevada

After heated criticism from California Gov. Gavin Newsom and others, the federal Bureau of Land Management (BLM) is proposing a large step to clear out overgrowth in western forests.

BLM announced Tuesday it’s requesting public feedback on a plan that would see 900,000 acres of fuel cleared from forest on federal land in California and southwest Nevada.

“Wildfires have had catastrophic effects on communities and surrounding public land resources,” said BLM California State Director Karen Mouritsen. “This initiative is designed to reduce the intensity, severity, and spread of wildfire in and around communities, supporting community infrastructure and surrounding lands by reducing hazardous fuels.”

The last two fire seasons have devastated California’s forests. According to CalFire data, wildfires scorched 3,083,507 acres so far in 2021 between federal and state ground.

Newsom has increasingly grown more urgent in his tone regarding the federal government’s policy of monitoring new fires on federal land instead of taking action to extinguish them before the small fires are given a chance to grow.

“The Newsom Administration applauds the Bureau of Land Management’s proposal to expedite fuel removal in federally-managed forests in California. We thank the Biden Administration for their collaboration to address catastrophic wildfires, improve the health of our forests, and combat climate change,” a spokesperson from Newsom’s office told The Center Square. “At the state level, California is building on successful fuels management strategies, including a historic $1.5 billion investment in wildfire and forest resilience.”

BLM will be accepting public comments through December 29, 2021 via the project website by email: [email protected].

Jonathan Wood, vice president of law and policy at the Property and Environment Research Center (PERC), said the ambitious plan to speed up fuel reduction is urgently needed but predicted the government could end up hampering its best intentions.

“Catastrophic wildfires have ravaged the West in recent years, threatening communities, destroying habitats, and polluting the air and water,” Wood said. “For the proposed project to deliver on its promise, however, BLM will need to avoid the bureaucratic obstacles and litigation that have too often blocked forest restoration where it is needed most.”

PERC, which advocates for “free market environmentalism,” suggests the federal government needs to allow for partnership with logging companies and loosen regulations around clearing brush that would make the massive projects more feasible. They also suggest limiting threats of litigation over issues such as endangering native species, excluding planned burns from state emissions limits, and opening timber markets for export.

This article was originally posted on Feds propose clearing 900,000 acres of brush in California and Nevada