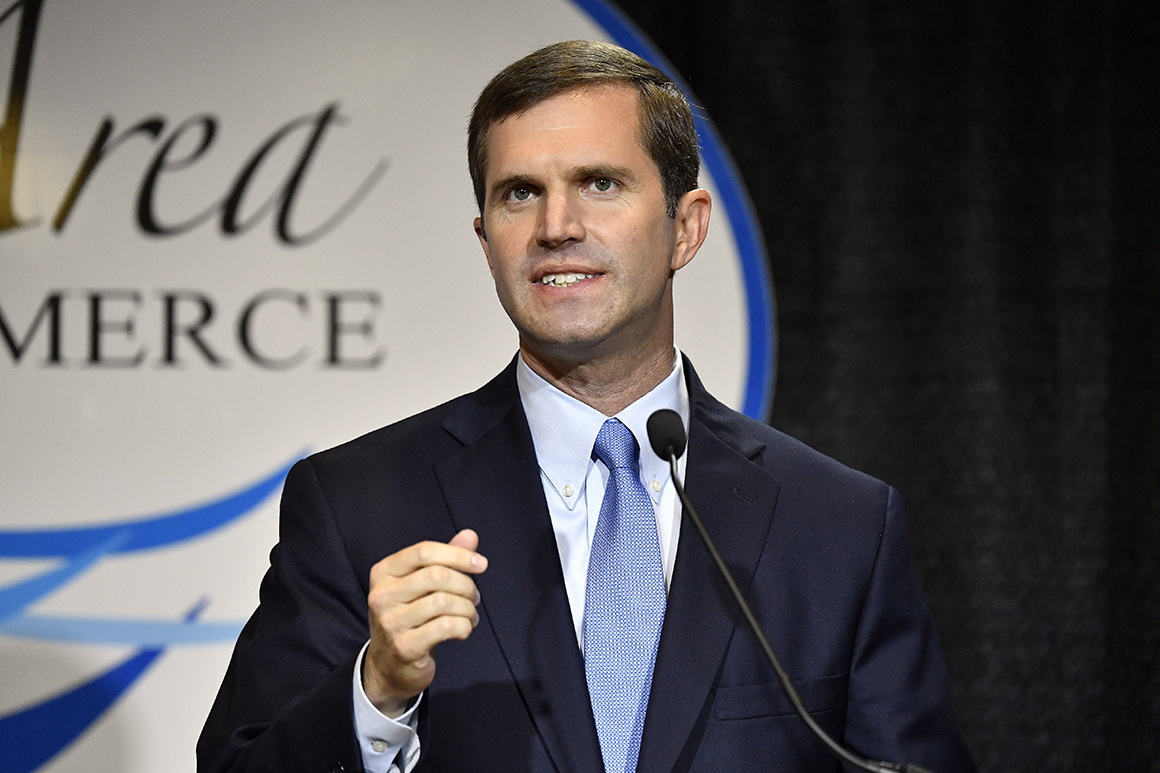 The Kentucky General Assembly wrapped up a three-day special session dealing with COVID-19 issues late last week. However, the tensions between the Republican-led legislature and Gov. Andy Beshear were by no means healed by the time the gavels were put down.

If it wasn’t evident in some of the lawmakers’ comments, then it was confirmed by Beshear’s remarks during his press conference.

Among the key issues lawmakers resolved during the session were nullifying statewide mask mandates in public schools and daycares and allowing schools 20 days of remote instruction to deal with large-scale student absences as well as teacher and staff shortages resulting from COVID-19 cases and quarantines.

The governor was critical of the legislature’s decision to leave any mask mandate decision to counties or school districts.

He said he had been willing to make the “tough calls” since the emergency started in March 2020. Beshear said he would have implemented a statewide indoor mask mandate if he had the power as the state endures a spike in cases that have stretched health care resources thin. Less than 100 intensive care unit beds were available as of Friday, according to the state.

The lawmakers, he said, showed over the session they weren’t willing to do that.

“What did they do? They punted on first down,” Beshear said. “When you’re in charge, it means you’ve got to make the decision. This one was to push the decision to others.”

To continue with the sports analogies, Republican lawmakers saw Beshear as a ball hog on the basketball court who kept taking all the shots.

State Sen. Danny Carroll, R-Benton, said on the Senate floor the pandemic could have been a legacy-making event for the governor.

“That legacy being that you pulled this state together during the worst crisis that this generation will face,” Carroll said. “Gov. Beshear, from day one, you locked this legislature out of that process. The most frustrating time that I and many of my colleagues have had during their time serving the people. Not being able to participate in any decisions. Not having any input when it is our responsibility to represent the people in our districts.”

Lawmakers passed four bills and a resolution during the session. All but one of the bills were related to the COVID-19 emergency. That legislation dealt with providing incentives to companies targeting the state for potential large-scale economic development projects.

Beshear vetoed two bills Thursday evening, and lawmakers stayed in their chambers while waiting for the governor’s decision. They then voted to override those vetoes to enact the measures into law.

The session was necessary after the Kentucky Supreme Court ruled unanimously last month that lawmakers had the right to pass laws that curbed the governor’s executive powers. Those laws limited the scope of Beshear’s orders and also allowed businesses and other establishments to work around capacity or seating limits if they could still maintain state or federal social distancing guidelines.

After the court’s decision, the Beshear Administration negotiated with lawmakers over the past couple of weeks to determine how to keep some existing orders – like one allowing out-of-state licensed health care providers to work in Kentucky hospitals – in place. That led to the resolution extending the state of emergency but only some of the governor’s orders that were still in place.

House Speaker David Osborne made it clear that the resolution to extend some of the emergency orders was by no means an endorsement of how Beshear has managed the crisis.

“In fact, members reviewed each individual order and directive issued by the administration and chose not to include a large percentage,” Osborne said. “These are common-sense steps and should not be controversial.”

Not everyone saw it that way, though. Republican lawmakers said they received criticism for extending the state of emergency and limiting the governor’s powers.

Others went public with their remarks.

“We wish we were wrong about such dystopia when hinting long ago of the tyranny in all layers of government,” the Libertarian Party of Kentucky tweeted on Friday. “As continually shown by Democrats, and @KYGOP more recently in Frankfort bending over on command for the governor, we are the ONLY party defending your rights and freedom.”

Discord even lingered within the Republican caucus, which holds 73 of the 100 House seats and 29 of the 38 Senate seats.

Some members pushed amendments to bills that would not let local officials implement mask orders and keep employers from implementing their own vaccine requirements.

On Wednesday, the bill covering educational issues related to COVID-19 was stalled in the House Education Committee after failing to get enough yes votes. Committee members opposed it on both sides. Some argued it took away too many protections, while others claimed the bill did not go far enough to prevent further mandates.

It would pass hours later during a special called committee hearing after a House GOP caucus meeting. After that brief session, state Rep. Kim Banta, R-Ft. Mitchell, was asked by reporters how the caucus meetings were going.

“Let’s just say it kinda looks like a dysfunctional Thanksgiving meal,” she said.