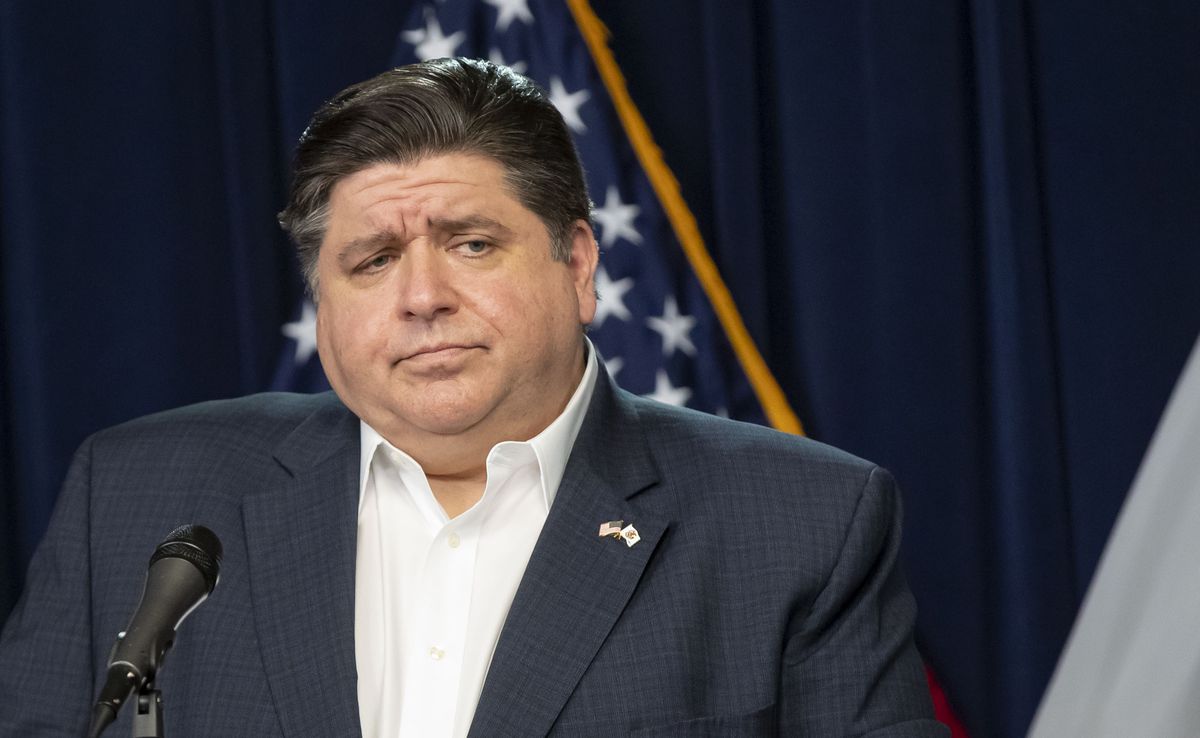 Pritzker has been overseas since earlier this month. After visiting London meeting with officials and potential investors, he then traveled to Glasgow, Scotland.

On Monday, he took part in a news conference with other governors to touted Illinois’ recent extensive changes to the energy landscape. Those changes include discontinuing coal-fired plants by 2045 and expanding incentives to attract electric vehicle manufacturing and adaptation.

“We know there is more to do and we will be hard at work at that,” Pritzker said in his opening remarks.

“We have the largest nuclear fleet in the entire United States and it provides low-cost power to the ratepayer and it preserves Illinois’ bridge to a zero-carbon future,” Pritzker said.

“For those old-style systems to become cost-competitive, we have to find a solution to any nuclear waste before there’s an expansion, I believe,” Inslee said.

The group of governors, who were all Democrats, were asked about a bipartisan approach.

Pritzker said some Republicans in Illinois signed on to recent policies when focused on job creation.

“This is about economic development as much as it is about saving our planet,” Pritzker said. “That’s I think one important thing that we all ought to be saying as we are moving forward with our plans to meeting these goals in the very short term.”

Pritzker had company overseas. Some of his senior staff joined him for the trip. Pritzker’s office has yet to respond to questions about how much taxpayer money was budgeted for the trip.

Other state officials also traveled to the climate conference. House Speaker Emanuel “Chris” Welch, D-Hillside, and Senate President Don Harmon, D-Oak Park, were with the governor for part of the trip.

“Our trip to the United Kingdom to promote Illinois and our status as a climate leader and the place to invest in electric vehicles has been amazing,” Welch said in a post. “There’s only one more thing to say, ‘London here’s to you.’”

Harmon’s Facebook page posted the same photograph with the message “Cheers to a great trip to London promoting Illinois as a climate leader and one of the best places in the US to bring electric vehicle manufacturing.”

When asked what was budgeted for the trip, Welch’s office said no staff from the Speaker’s office attended and Welch paid for the trip on his “personal card.”

“He did not fly with the governor,” a Welch spokesperson said.

The Office of the Senate President said Harmon did not spend any public money on the trip. A political fund covered the costs of Harmon’s trip, his office said.