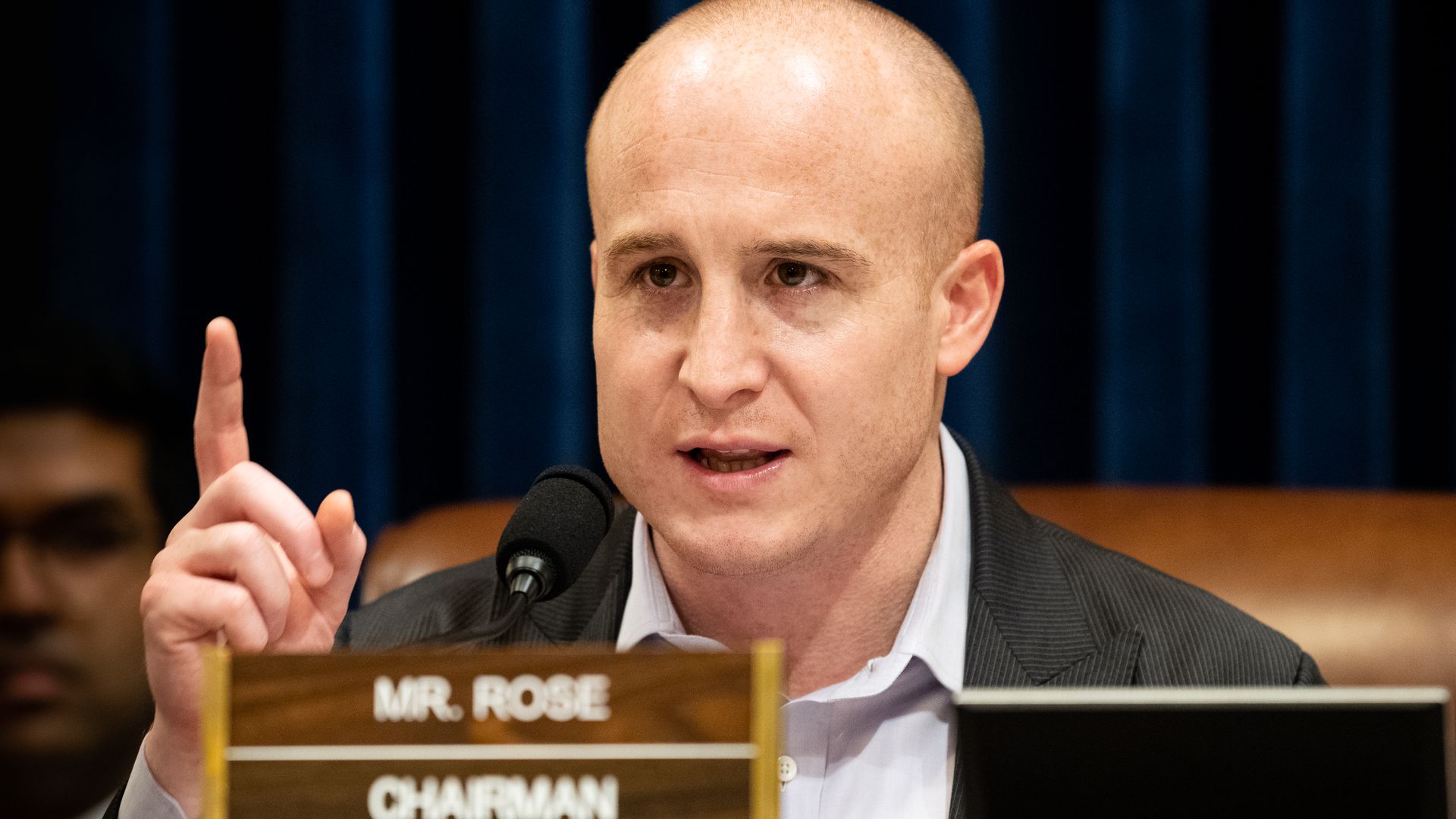 “I saw that picture of our congressman throwing out a pitch at a Little League game. Congressman: That’s what a bicep looks like and that’s what a tricep is supposed to look like,” said Oddo, flexing. “Go get some!”

With political partisanship in the United States reaching fever pitch, the banter-filled working relationship between Rose — a freshman Democrat who unseated Oddo’s Republican colleague — and Oddo, the dean of Staten Island’s GOP delegation, is a peculiar one.

Oddo is not a big fan of Trump, who has endorsed Malliotakis. Rose, meanwhile, told THE CITY his and Oddo’s bond stems from a shared commitment to delivering dividends for a borough they say is too often ignored by the government.

“We have far too many problems on our hands right now to allow for partisan affiliation to get in the way of getting something done,” Rose said in a recent phone interview. “It’s certainly been one of the greatest privileges of my time in Congress to have had the opportunity to work with a leader as tremendous as Jimmy.”

The two politicians have co-sponsored a town hall event, dole out joint statements and often team up on local issues, such as saving the Staten Island Yankees — a minor-league baseball team in danger of being cut — and pushing the U.S. Army to award contracts faster for a long-delayed 5.3-mile seawall meant to protect the borough from storms.

The duo also helped the nonprofit AHRC New York City find a South Shore site for a new school for students with intellectual and other developmental disabilities.

Rose conceded that he’s received pushback at some of his bipartisan efforts — such as meeting with Trump with the bipartisan House Problem Solvers Caucus — from some of his more progressive constituents.

Oddo declined to be interviewed for this story, but told THE CITY in a statement: “It’s odd to me that anyone would be curious as to my decades old approach of partnering with folks who want to stand shoulder to shoulder with me to fight for this community.”

“My mindset of ‘us against the world’ has never wavered,” Oddo added. “And working with our current congressman is no different.”

But some things are different this year. In 2018, Oddo joined every Staten Island Republican elected official in a show of force to support then-GOP Rep. Dan Donovan for reelection. He lost to Rose.

This time, Oddo is taking a different tack with the Rose-Malliotakis contest. “At this time, I do not expect to endorse anyone or get involved in the race,” Oddo told THE CITY.

Meanwhile, Oddo —who says he won’t be seeking higher office when his term is up at the end of 2021 — has occasionally chided Malliotakis for taking credit on political victories he believes she wasn’t a part of.

Last month, Oddo roasted Malliotakis as a credit hog after she tweeted about previously securing $151 million in state funding for the Staten Island seawall, and blaming Rose for delays in getting the project built.

Commenting on the credit flap, Malliotakis spokesman Rob Ryan said, “The facts are clearly laid-out in a December, 2016 letter to Governor Cuomo and in a Staten Island Advance article from January, 2017; they speak for themselves.”

Staten Islanders have only sent a Democratic representative to Washington twice in the last 30 years. And both RealClearPolitics and Cook Political Report rate the race for New York’s 11th Congressional District, which includes a portion of southern Brooklyn, as a “toss up.”

Republican strategists said that despite being out-fundraised — the latest records show Rose has $4.3 million on hand to Malliotakis’ $956,000 — she still has a strong chance to win if Trump’s poll numbers pick up.

Also key, they said, is hammering Rose on hot-button issues, such as Malliotakis’ effort to tie him to the movement to defund police departments.

Rose, who fashions himself a moderate Democrat and whose Army-green campaign signs are a nod to his military service, has come out against defunding the police.

One strategist said that in a tight race local support can make a difference — even without the backing of a major leader who gets along with the competition.

“It’s never really too late to try and patch things up in her backyard with local electeds and local Republicans and the Republican base — the grassroots so to say,” said a Staten Island-based GOP strategist who worked on NY-11 races in the past three election cycles and requested anonymity to speak candidly.

While Malliotakis has notched the backing of the local Republican Party, getting endorsements from area elected officials has proved a bigger challenge. As the race heats up, some holdouts are coming around.

When asked by THE CITY if he’d endorse Malliotakis, City Councilmember Joe Borelli (R-Staten Island), who didn’t attend her primary victory celebration, replied simply: “I will.”