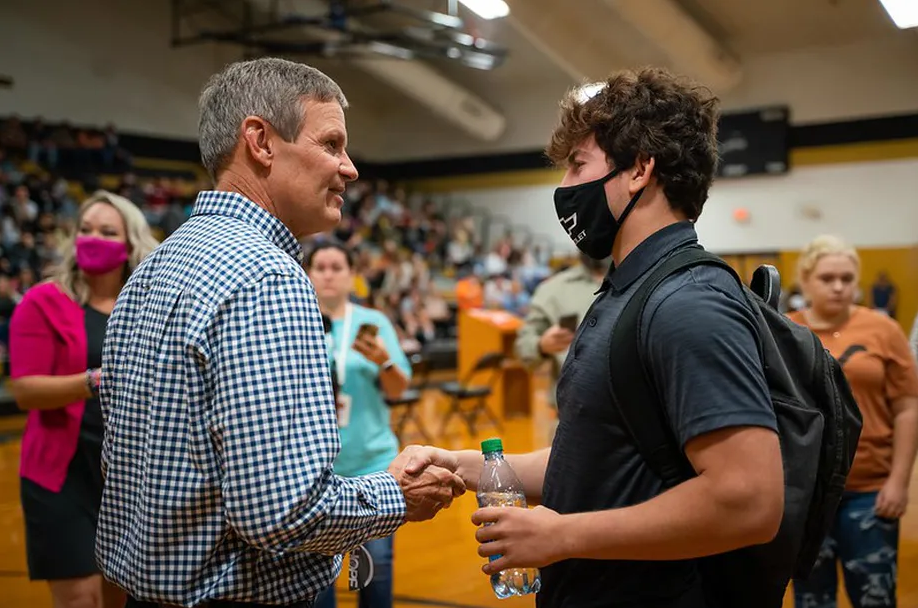 Gov. Bill Lee said Thursday he’ll extend his executive order allowing parents to opt their children out of following local school mask mandates that protect them against the coronavirus.

The 30-day extension will come despite rulings by three federal judges blocking his Aug. 16 executive order, which is due to expire on Oct. 5.

Speaking with reporters in Dickson, west of Nashville, the governor said he’s disappointed by the rulings, but pleased that Attorney General Herbert Slatery Lee is appealing two of those cases.

The judges in Memphis, Nashville, and Knoxville sided with some parents who said the governor’s order violates federal law by creating unsafe learning environments for students with disabilities who are more at risk of severe illness from COVID. Those orders still stand and are blocking the governor’s order from being implemented in Shelby, Williamson, and Knox counties.

But Lee sided with parents who feel just as strongly that their children should not wear masks in class.

“Parents know best what is best for their children and should have the last word on health and welfare issues for children,” he said.

Tennessee leads the nation in COVID-related school closures so far this school year, according to a study released last week by the Centers for Disease Control and Prevention. More than 500 schools across the state have closed for at least one day due to the virus. But Tennessee also was one of the first states to kick off the academic year, increasing opportunities for exposure to the highly contagious delta variant since late July.

Asked whether universal masking in classrooms could help school buildings remain open, Lee emphasized the importance of getting shots that shield people against the virus.

“The best defense we have against this pandemic … is vaccination,” he said. “We’ll continue to say that.”

School-age children under 12 aren’t eligible for the vaccines yet, but federal approval to vaccinate children ages 5-11 is expected in the next month.

The governor and his staff promised that COVID and K-12 schools won’t be on the agenda for a special legislative session called for Oct. 18 to address funding and oversight for Ford Motor Co.’s planned electric vehicle manufacturing complex in West Tennessee, announced just this week.

“We have much to decide and much to confirm about that deal, so we need to stay focused,” said Lee, calling Ford’s arrival a “transformational economic moment in our state’s history.”

While Lee was in Dickson, dozens of Memphis parents, grandparents, and students were trying to meet with Lee at the Capitol to voice concerns about COVID safety in school buildings.

“Our message to the governor is to give us options so that more students can take virtual classes during this pandemic,” said Bridget Bradley, a grandmother who organized the trip.

New state rules require in-person instruction this year, except when individual students must temporarily isolate or quarantine due to the virus. The state also is granting seven-day waivers for some schools to close, usually in response to staffing problems.

But Bradley said “kids are terrified to go to school” because the virus continues to spread.

Leaders of Bradley’s group, called Concerned Parents 901, met with one of the governor’s staff members. The group also spoke with Rep. Vincent Dixie, a Nashville lawmaker who chairs the House Democratic caucus.

“I don’t think the governor is hearing us,” Bradley said. “If he can give certain people options to not wear a mask in school, surely he can give people with sick children options to take virtual classes.”