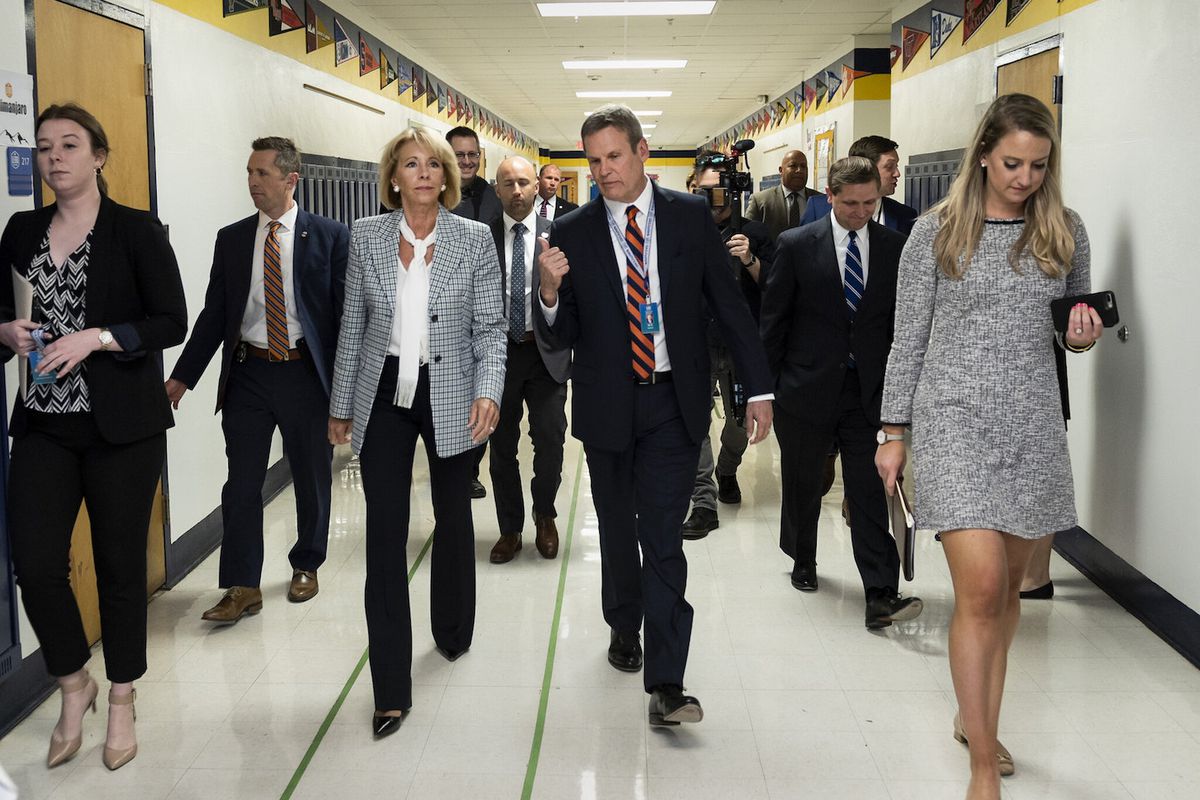 Eve Carney, the state’s chief districts and schools officer, told superintendents in a Monday conference call that Tennessee expects to submit its application this week to receive an estimated $260 million in federal CARES funding.

Carney said following the guidelines “is one of the assurances that we as a state sign and agree to in order to accept these funds.”

The decision means students in the state’s 200-plus private schools could receive more support than they expected from Tennessee’s share, while high-poverty public school districts would get less money.

It also comes amid pushback from public school advocates who say the federal guidance runs counter to congressional intent for disbursing the aid, which was set aside to cover short-term needs created by COVID-19 disruptions to schooling.

The CARES Act instructed that money be distributed in the “same manner” as under the federal Title I program that supports students from low-income families. Last month, Tennessee announced district-by-district allocations based on that formula, which includes a provision for sharing services with private schools based on their share of low-income students in a given community.

But on April 30, DeVos instructed districts to distribute CARES money to support students in private schools based on their total enrollments — not just on the number of low-income students they serve. The money cannot go directly to private schools but must pay for services for their students, such as after-school programs, tutoring, or counseling.

The interpretation could effectively shift tens of millions of dollars to aid private schools across Tennessee.

The state education department declined to estimate just how much, but told leaders for Shelby County Schools to expect about $12 million less for its traditional public schools under the guidance, according to school finance director Toni Williams. The Memphis district, which serves a large population of impoverished students, is asking Shelby County Commission for $86 million more next year to deal with COVID-19 disruptions and capital needs.

Tennessee Education Commissioner Penny Schwinn has not publicly commented on the controversy.

The state’s office for the Education Trust, which advocates for equitable education, issued a statement on Monday opposing the federal interpretation. Its leaders say the money should be distributed to help students who are “most in need.”

“COVID-19 is having a disparate impact on students of color, and those living in poverty, and schools and districts will need to provide the necessary interventions for their learning loss and social and emotional needs when they return,” the Tennessee organization said.

The relief money is for needs the pandemic has elevated, such as new technology for remote learning, sanitizing buildings, mental health services, and summer and after-school programs to make up for learning gaps.

All of those needs don’t just fall to public school students, said Sarah Wilson, executive director of the Tennessee Association of Independent Schools.

“These guidelines are different from the past because this pandemic affected all schools,” Wilson said of the need for new computers, teacher training, and safety protocols. “This is a funding source to make sure all students are served.”

Her comments echo the U.S. Department of Education’s argument in support of the guidance.

Wilson said she does not expect every private school to seek the support.

“[Districts] have been consulting with independent schools to see how much our schools need. I’ve heard from a few who do not plan to apply,” she said.

State leaders say they will delve deeper on CARES funding this week in several conference calls with superintendents. Once the state’s application is submitted, each district will have to apply with the state to receive their portion. The department’s goal is to distribute the funds across Tennessee by June 30.

The article was published at Tennessee will follow DeVos guidance to reroute more coronavirus relief to private schools.