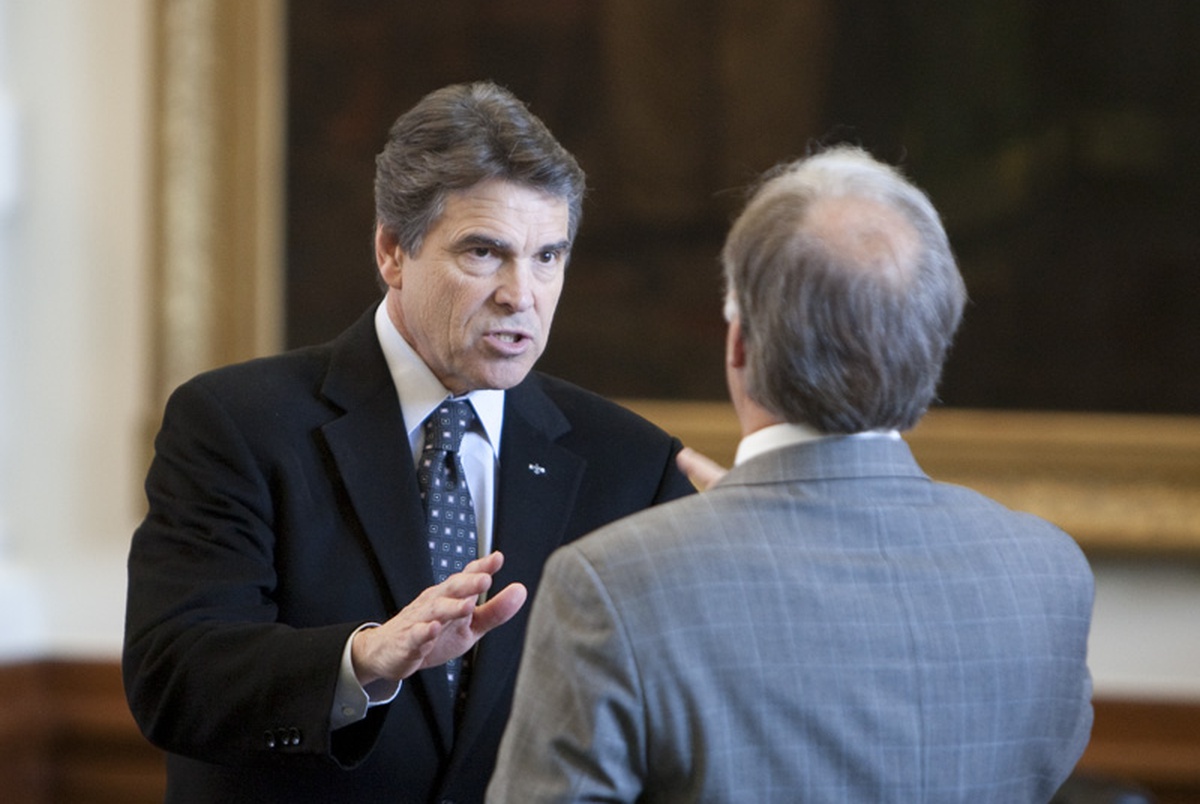 Gov. Rick Perry has unsuccessfully tried to get a meeting with President Barack Obama, who will be visiting Texas today, to discuss the federal government’s denial of a wildfire disaster declaration in Texas. But how do this year’s natural disasters in Texas stack up against others in the country?

Since November, 9,600 Texas wildfires have charred 2.4 million acres across the state. As of Monday, the Texas Forest Service was battling seven major wildfires. One of the largest so far, in Rock House, has burned 315,000 acres and 24 homes.

“That may not seem like a lot in the grand scheme of things,” said state Rep. Pete Gallego, D-Alpine. “But to those 24 families that lost their homes, that’s pretty significant.”

Add damaging thunderstorms, and Texas has run up a good-sized natural disaster tab this year.

“So all and all, the state, with inclusion of Dallas-Fort Worth area, has probably had a quarter-billion dollars in storm damage,” said Mark Hanna, a spokesman for the the Insurance Council of Texas. “When we’re talking about wildfires, we’re probably talking an equivalent number because the Possum Kingdom fire alone was $150 million in damage.”

Even with that half-billion dollars in damage, President Barack Obama and the Federal Emergency Management Agency have denied Texas a disaster declaration. FEMA officials said the agency has already recently given Texas more than 20 fire management grants, which reimburse firefighting expenses.

Some politicians have questioned whether the president is playing politics with disaster relief, given the testy relationship between Perry and the president. Perry has said he hopes politics aren’t involved.

Others wonder if the severity of tornadoes and floods in the south — with their far more significant consequences in property damage and deaths — has pushed Texas to the back of the line. Damage estimates from a series of late April storms that swept across the south have reached $5 billion. Gallego said less damage doesn’t equal less pain in Texas.

“There’s been tornadoes, there’s been flooding, there’s been all sorts of issues, and I’m sure the federal government resources are tested and strained in those kind of things,” Gallego said. “But, again, to someone sitting in Fort Davis, Texas; or Marfa, Texas; or Alpine, Texas, they’re looking at the house they no longer have and wondering where their tax dollars going and why aren’t they getting the benefit of the bargain.”

FEMA said it is continuing to monitor the situation in Texas. Additional fires could lead to additional grant money or the disaster declaration that the governor has been seeking.

Texas Tribune donors or members may be quoted or mentioned in our stories, or may be the subject of them. For a complete list of contributors, click here.

The article was published at Wildfire Politics Grip State as Disasters Strike Elsewhere.