Please ensure Javascript is enabled for purposes of website accessibility All New Jersey students will be back in-person next school year, Gov. Phil Murphy says - THE CHICAGO HERALD Press "Enter" to skip to content

Home » All New Jersey students will be back in-person next school year, Gov. Phil Murphy says 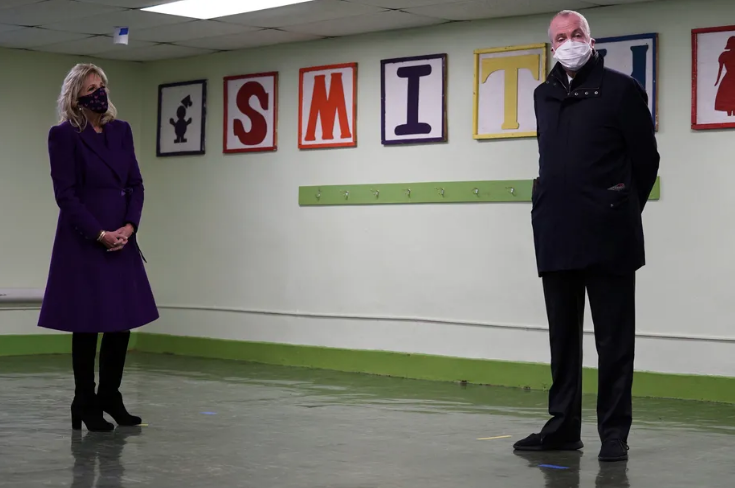 All New Jersey students will be back in-person next school year, Gov. Phil Murphy says

New Jersey students must return to school in-person five days a week next school year and families won’t have the option to keep them at home for remote instruction, Gov. Phil Murphy announced on Monday.

“We are facing a much different world than one year ago when we had to begin planning for this school year,” Murphy said at a news conference in Trenton.

Health metrics are “trending decisively in the right direction,” as the latest data showed 3.7 million people in the state are fully vaccinated, the governor said. The state aims to have 4.7 million residents vaccinated by the end of June.

Last week, a day after the Pfizer-BioNTech vaccine was authorized for children ages 12-15, the state FEMA site at New Jersey Institute of Technology in Newark began taking walk-in appointments for anyone over the age of 12.

Murphy said his executive order allowing schools to offer a remote option will expire at the end of the current school year. He also said the indoor mask mandate is still in effect but did not specify what guidance on masks and social distancing would be in place for the fall.

Newark began offering in-person instruction last month, after more than a year of remote instruction. A handful of the district’s schools have allowed students to return full-time, five days a week, while most of the 65 buildings are operating under a hybrid schedule.

Murphy’s announcement “only heightens our excitement for instruction in the fall,” said Valerie Merritt, the district’s communications director. “We are looking forward to a great school year.”

Newark teacher’s union president John Abeigon said he was “more than fine” with the news of school returning to full-time in-person learning.

The announcement follows last week’s call from Randi Weingarten, head of the American Federation of Teachers, a national teacher’s union, to reopen schools for full-time in-person instruction next school year.

Summer educational programming and camps were not part of the initial executive order and won’t be affected, the release from the governor’s office stated.

This article was originally posted on All New Jersey students will be back in-person next school year, Gov. Phil Murphy says