Home » Gov. Jared Polis just signed Colorado’s next budget into law. Here’s what it does for education. 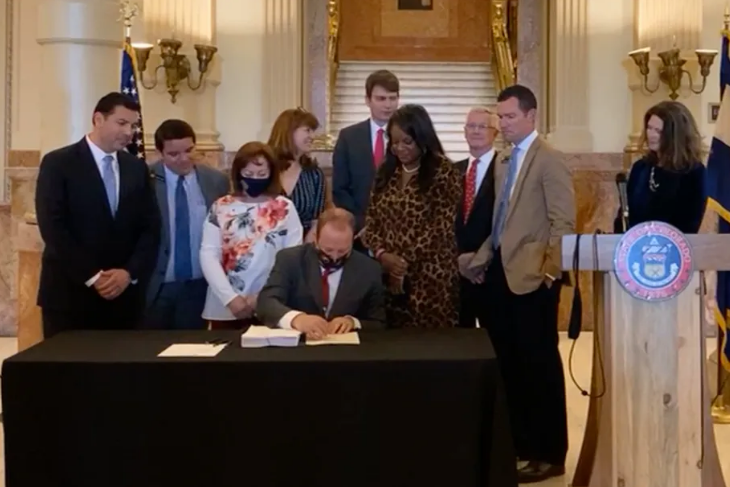 Gov. Jared Polis just signed Colorado’s next budget into law. Here’s what it does for education.

After a hard year, Colorado schools and universities will get a big boost in the budget Gov. Jared Polis signed into law Monday.

The $34.1 billion budget for the fiscal year that starts July 1 represents a nearly 11% increase from this year’s budget, which involved deep cuts made at the height of COVID restrictions. The state economy turned out to fare much better than feared, and lawmakers could roll forward savings from this year to bolster next fiscal year’s budget.

The budget includes an $800 million state stimulus plan called Colorado Comeback, as well as new funding for Medicaid, transportation needs, and the state pension system on which retired school employees rely. It also creates a 13.5% reserve, nearly double the previous reserve, a recognition that Colorado’s economy isn’t out of the woods yet.

Significantly, the 2021-22 budget restores cuts made to both K-12 and higher education and provides new money to programs that support students who need more help.

“There is so much good in this budget that will help Colorado recover, that will prioritize communities that were disproportionately impacted by the pandemic, and set Colorado onto a more fiscally sustainable future,” state Sen. Dominick Moreno, chair of the Joint Budget Committee, said at the signing.

Here’s a look at what next year’s budget does for schools, colleges, and universities.

The budget almost doubles higher education spending by restoring $494 million that was cut last year. That money shores up the operating budgets of Colorado’s public colleges and universities. Tuition increases are capped at 3%, with the exception of the University of Northern Colorado, which can raise tuition 7%.

The budget also includes another $100.3 million to help students who come from low-income families and who are first-generation college students, who were more likely to have deferred college or dropped out due to the economic pressures of the pandemic. Of that, about $41.8 million will go toward retention and recruitment efforts, $40 million will be distributed through a new funding formula that takes into account how well higher ed institutions are serving students, and the rest will be distributed as grants, financial aid, and scholarships.

The budget also includes $125,000 for the Colorado Department of Higher Education to hire a chief equity officer to work on breaking down barriers for students who traditionally have not attended or graduated from college at the same rate as students from middle-class backgrounds.

The 2021-22 budget withholds $572 million from K-12 schools to meet other priorities, despite a constitutional requirement that education spending increase every year by population and inflation. This makes the annual withholding the same as it was in 2019-20. The withholding, known as the budget stabilization factor, has been in place since the Great Recession.

Lawmakers had been steadily reducing the withholding — and increasing education spending — but the budget stabilization factor surged to $1.2 billion last year. Democrats in the legislature said reducing the factor even more this year would not be responsible in light of future economic uncertainty.

The budget also allows the School Finance Act, which passed the state Senate today and heads now to the House, to allocate an extra $77 million for students deemed to be at risk, meaning they are learning English or come from low-income families.

The budget leaves more than $480 million in the state education fund as a reserve.

State funding will be supplemented over the next several years by federal coronavirus relief packages.

Lawmakers dedicated $160 million to the Building Excellent Schools Today or BEST program, which supports improvements to school buildings in cash-strapped districts. The pandemic put more attention on the poor physical condition of many Colorado school buildings, particularly ventilation. The money allows the state to maintain a matching grant program for districts.

The budget sets aside $7.2 million to fund grant programs that were cut last year. Those would fund social workers and other behavioral health professionals, dropout prevention programs aimed at ninth graders, programs that encourage more students of color to enroll in advanced courses, and subsidies for Advanced Placement exam fees, among others.

The budget sets aside $13.4 million for the development of a teacher recruitment toolkit. Even before the pandemic, districts struggled to hire enough teachers, especially in rural areas and in specialities like math, science, and special education. The money will also support the educator loan forgiveness program that was put on hold last year.

This article was originally posted on Gov. Jared Polis just signed Colorado’s next budget into law. Here’s what it does for education.