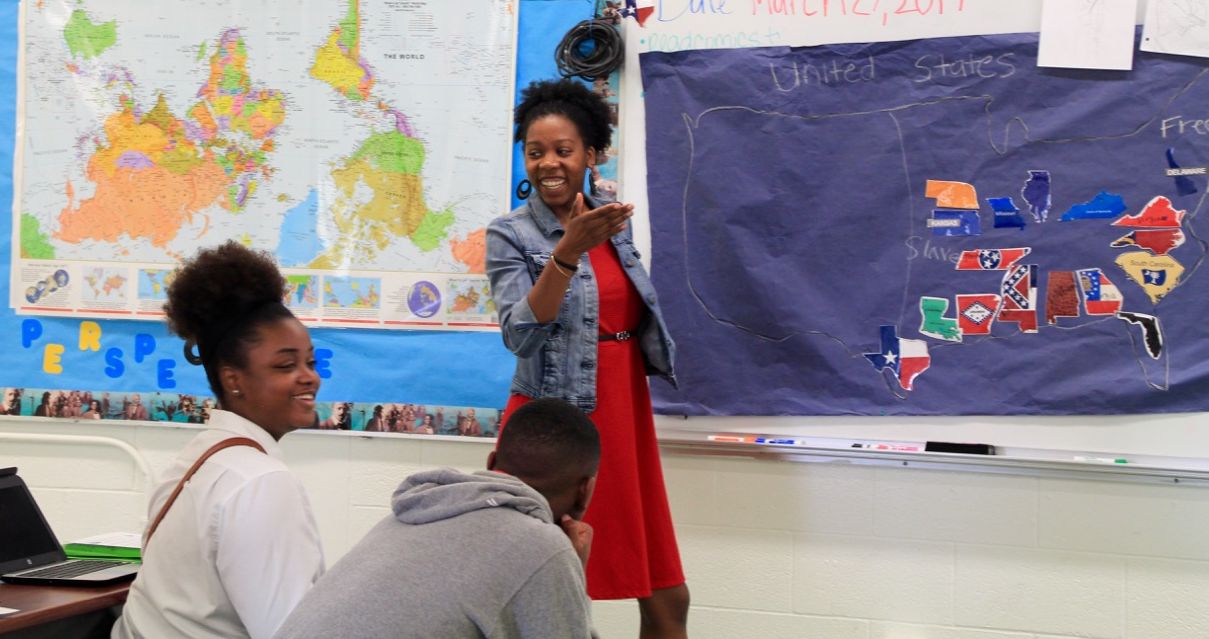 Legal scholars are questioning whether a recently passed bill that seeks to restrict Tennessee educators’ teachings about race and racism will pass legal muster given past precedent, including one case that dates back 50 years.

The GOP-backed measure, which passed in the Tennessee House and Senate among partisan lines, would penalize school districts if teachers tie past and present events to white privilege, institutional racism, and unconscious bias.

University of Memphis law professor Steve Mulroy said that many attorneys have looked with dismay at the language of the bill, which Republican Gov. Bill Lee is expected to sign into law.

“Looking at the language literally, it would still allow a teacher, theoretically, some latitude if they were to be creative and still address topics of systemic racism without violating the literal language of the statue,” he said.

“The problem is teachers aren’t lawyers. Teachers don’t have time to parse the language of the statute and take the risk that their interpretation is the same as that of an administrator or the General Assembly or the commissioner of education, so the inevitable effect would be to have a chilling effect on teachers,” he added.

“This is a poorly written bill that promotes a specific agenda, threatens academic freedom, and suffers from serious overbreadth and vagueness problems,” said Hudson, a law professor at Belmont University who specializes in first amendment issues.

The ACLU, as well as the Tennessee Educators of Color Alliance, are calling on the governor to veto the legislation; however, Lee has not vetoed a bill during his tenure as governor.

One organization that has not taken a position on this particular bill but has been vocal about how race is addressed in schools is Chicago-based Liberty Justice Center, a public interest firm where State Senator Brian Kelsey of Germantown serves as a senior attorney. Kelsey supported the Senate version of the bill.

In an email, fellow Liberty senior attorney Daniel Suhr said the group is “focused on protecting the rights of students, staff, and parents which are implicated by the teaching of critical race theory.”

Critical race theory emerged as a field in higher education in the 1970s. Through the use of data and storytelling, it counters systemic oppression by amplifying how racism and bias affect individuals and society.

Suhr recently represented Cordova High School principal Barton Thorne after Shelby County Schools placed him on administrative leave for comments he made to students regarding the January 6 storming of the Capitol in Washington.

In an online statement, the organization said that Thorne was “censored” and that SCS “violated Principal Thorne’s First Amendment right to free speech.”

Shortly after he filed the lawsuit, Thorne was reinstated by SCS.

When asked in a follow-up email about protecting the first amendment rights of educators who teach critical race theory, Suhr did not reply.

This is not the first time Tennessee legislators have passed bills that some have felt hamper freedom of speech and academic freedom in the classroom. Tennessee was famously the setting for the Scopes Trial in 1925.

The trial was triggered by the Butler Act, a Tennessee law banning the teaching of evolution. A lower court found Dayton, Tennessee, teacher John Thomas Scopes guilty of violating the law, but the state Supreme Court overturned the ruling on a technicality.

Today, the Scopes trial and the legislation that sparked it is a part of Tennessee history that’s taught to schoolchildren worldwide, in part, due to the popularity of “Inherit the Wind,” a play dramatizing the event.

Lesser known is the case and plight of the Highlander Research and Education Center. In 1967,  legislators passed a resolution that sought to investigate Highlander and suppress anti-racism discussions and organizing at the nonprofit education center then based in Knoxville.

“They were opposed to Highlander because there was race-mixing there. They were teaching labor unions how to go after better wages, teaching Blacks and others how to protest for civil rights, and there were people who were opposed to that,” said Robert Booker, a Knoxville author who served in the Tennessee House at the time.

“Mayor Leonard Rogers and others wanted to get rid of it in the city of Knoxville, so they tried to use the legislature as their whipping boy to do it,” he added.

With the help of the ACLU, Highlander filed a lawsuit against the legislature claiming, in part, that the bill violated the school’s First Amendment rights, which include freedom of speech.

Finding in favor of Highlander, Judge William Miller said that the resolution brought the “threat of irreparable injury” and was “void on its face for vagueness and overbreadth.”

Booker, who during the Highlander debate delivered a speech chiding legislators for their “petty prejudices and political chicanery,” said that he sees parallels between the situations in 1967 and today.