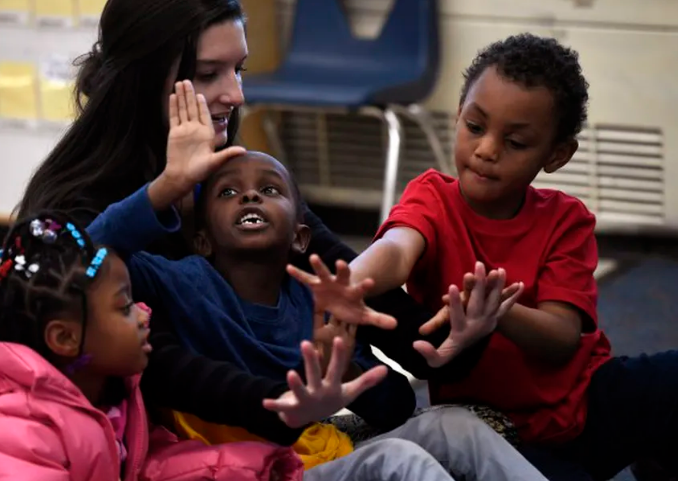 Enrollment in Denver Public Schools is expected to decrease 6% by 2025 — nearly double the rate of decline that district officials predicted before the COVID-19 pandemic, according to a new analysis presented to the school board Monday.

Elementary school enrollment, which has been falling for several years now, will continue to decline, the analysis says. But for the first time, officials are predicting declines at the middle school level as smaller cohorts of students move up through the grades.

Denver Public Schools is the largest school district in Colorado, serving about 90,000 students this year. That’s already down from more than 93,000 students last year — a higher than 3.5% year-over-year enrollment decrease driven by the pandemic.

Declining enrollment can have huge impacts on a district. Colorado school districts are funded per pupil. Fewer students means less state money to run the district. Enrollment declines can also lead to controversial decisions about whether to close or consolidate schools, a conversation that Denver school board members have said is coming.

The two major drivers of falling enrollment in Denver are declining birth rates and rising housing prices that push families out of the city and prevent new ones from moving in.

But the pandemic has exacerbated the losses, especially at the preschool and kindergarten levels. Many young children who left for homeschooling or private preschool haven’t come back asking for a seat in a public preschool or kindergarten classroom this fall.

“There is a chance, and I am hoping, that maybe all of a sudden tons of kids show up in October Count next year that we weren’t predicting,” said Sara Walsh, the district’s planning director, referencing Colorado’s annual student count that happens in October. “But I think right now, we think enrollment declines will be pretty significant over the next five years.”

The declines will be steepest in the northwest, southwest, and north-central parts of the city, the analysis says. All three areas are traditionally working-class neighborhoods that lost families as housing prices increased, causing significant enrollment drops in schools.

So many elementary schools in southwest Denver have seen declines that listing them took an entire page in the district’s analysis document. Grant Ranch ECE-8 in the southern Marston neighborhood lost 57% of its students from 2016 to 2020, going from 361 students to 157.

Schools are funded per student, and those with fewer than 300 students struggle to hire enough staff to maintain robust programming. Under-enrolled schools often can’t afford to hire two teachers per grade, which sometimes results in large class sizes or combined classes.

Walsh said it’s particularly striking to see enrollment declines at elementary schools that not too long ago had waitlists of students clamoring to get in.

“These are really strong schools with amazing programs that families love, but the number of kids living in the area just continues to decline,” she said.