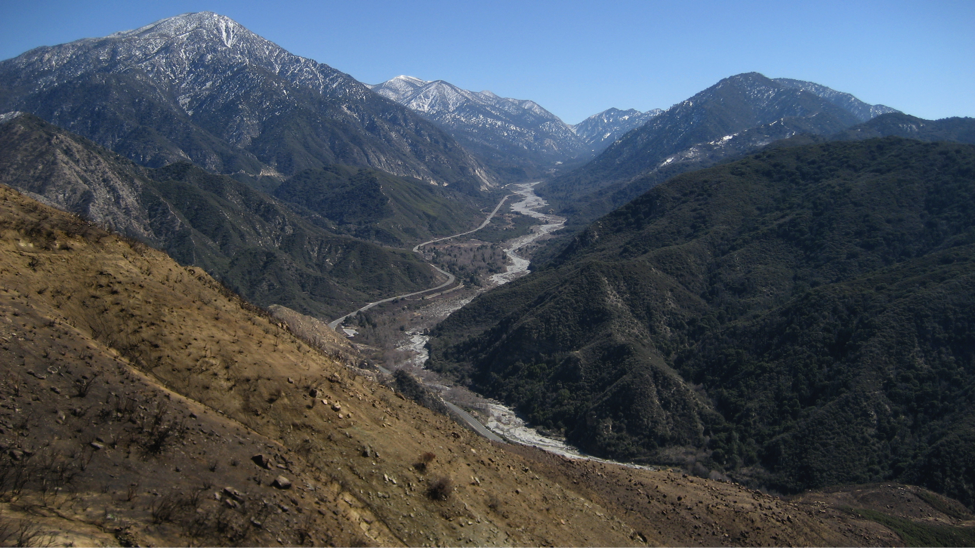 The Californian counties of Riverside and San Bernardino are grappling with an ever-expanding brush fire that currently encompasses an area of 26,000 acres in the sixth day of the blaze. Ignited by the malfunction of a diesel-run vehicle, the “Apple Fire” is centered around the mountains of the San Bernardino National Forest. As of August 3, 2020, the California Interagency Incident Team reports that only 5% of the fire has been contained.

Lisa Cox, the fire information officer for the San Bernardino National Forest, commented on the multitude of factors challenging firefighters in this particular blaze.

Firstly, “We’ve got extremely steep, rugged terrain,” detailed Cox. “We have many different drainages that are all kind of intersecting together and that creates these funneling effects of different wind patterns and creates more erratic fire behavior.”

Cox emphasized the flammability of chaparral, a thick brush that covers the forest’s entire ecosystem, explaining “(chaparral) likes to burn and it hasn’t burned here in a long time.”

The amalgam of strong winds, warm temperatures, and low humidities is particularly dangerous. “It actually creates this updraft of smoke ash and flame and it creates this huge cloud and it has a down draft that actually spreads out in all 360 directions around the fire,” Cox denoted.

So far, over 7,800 residents across the communities of San Bernardino County and Riverside County have been forced to evacuate in lieu of the blaze.

“We’re so scared of the fire catching up to the houses because we’re right under the mountains. We are praying for the best and see how it goes,” said Carlos Gomez, a resident in conversation with CBS News.

Another resident, Luis Gomez, described the scene and expressed great concern for the wellbeing of his family. “It was just like a really small cloud, and I saw a really big cloud of smoke. It’s like a hundred times bigger than it was … and that’s what scared me. I got all jittery and I was afraid for my mom and my nephew.”

Rob Roseen, the spokesman for the fire department, said evacuation halls have been set-up for displaced families at nearby hotels and at Beaumont High School. Covid-19 safety measures will be enforced at the halls, including social distancing, temperature screenings, and the requirement of masks.

Firefighting in the Age of Covid-19

Captain Erik Scott of the Los Angeles Fire Department denotes that in normal firefighting scenarios, responders will “build a base camp, our own mini-city, so it’s a large quantity of personnel in tight quarters.” But in this particular case, “it’s a potential breeding ground for the coronavirus.”

“Firefighting inherently is dangerous, whether it’s running in a burning building or fighting wildfires. Now, this (pandemic) is just an added layer, so we have to make sure we find that balance between remaining operational by minimizing exposure,” Scott continued.

Officials have devised accommodations to protect first responders from Covid-19 in the enforcement of pandemic safety rules. A reduction in the size of the typically busy base camps will be replaced with an array of smaller, more remote camp operations.

Even in the midst of the Covid-19 pandemic, the methods that Californian fire responders will utilize to contain the blaze will not change drastically. Instead, responders will rely more heavily on drones use to observe the spread of the fire, and aircraft to fight the fires.

Following an extremely dry winter, the California terrain is particularly vulnerable to wildfires until the month of October, climate officials predict. In 2020, Calfire has already recorded more than 5,800 wildfires in the state.

2018 was the most detrimental wildfire season ever recorded in the state of California. More than 8,500 wildfires burned 1,900,000 acres. The 2018 wildfire in Paradise, CA was particularly destructive – 85 people perished in California’s deadliest blaze.