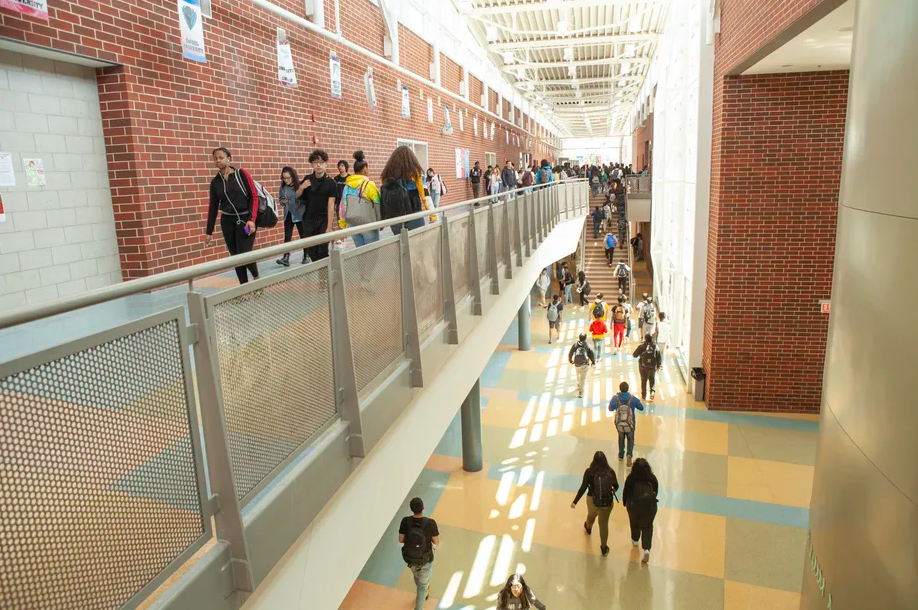 With Chicago schools poised to shift to a mask-optional policy next week, the district plans to renew a push to increase vaccination rates at schools with low vaccine uptake.

About 49% of students from 5 to 17 are vaccinated, but several schools on the South and West Sides had fewer than 10% of their student population fully vaccinated, according to data obtained by Chalkbeat Chicago.

Across the district, about 47% of 5- to 11-year-olds and 64% of 12- to 17-year-olds have received at least one dose of the COVID vaccine, according to the district’s latest figures.

The district will continue to host mobile vaccination clinics at city schools, and would be reaching out to community partners to host additional events at schools with particularly low vaccination rates, Martinez said.

The district and department of health are looking for opportunities to engage parents where vaccination hesitancy exists, Arwady said.

The decision to remove a universal mask mandate, which will take effect March 14, comes as COVID cases have declined, and federal and state guidance has aligned on masks in schools. Late last month, the Centers for Disease Control and Prevention said schools could drop masks unless COVID cases and hospitalizations in the community were high.

Other COVID mitigation efforts such as testing, contact tracing, and quarantine of unvaccinated students will remain in place. Students who have tested positive will have to wear masks for five days when returning to schools after quarantining, Arwady said.

Masking could return in the event of another surge or the emergence of another variant, Arwady said.

Still, the move to lift the mask mandate could violate a safety agreement between the district and the Chicago Teachers Union. The agreement was forged after district officials canceled five days of classes when teachers walked out over safety concerns amid the rise of COVID-19 cases across the city

The union planned on filing an unfair labor practice complaint against the district — and could potentially set up another standoff with the district.

But Martinez said the district was working with the teachers union and didn’t anticipate another walkout.

Amid the sharp decline in COVID cases, officials have argued that the risk level in Chicago schools is the lowest since the start of the pandemic. Even with the change in policy starting next week, the district is strongly encouraging masks to be worn indoors, especially in schools with low vaccination rates.

The shift in policy was also influenced by legal challenges from a downstate attorney representing a handful of parents in Mt. Greenwood schools, Martinez added.

In avoiding a court ruling, CPS officials will maintain the ability to respond to the changes of the pandemic in a timely manner should cases increase, Martinez said.

As of Tuesday, the city is currently averaging about 191 cases, 16 hospitalizations, and about three deaths every seven days. The positivity rate is less than 1%, according to the Chicago Department of Public Health’s dashboard.

Last week, 141 students and 53 staff tested positive for COVID-19 between Feb. 27 and March 3. About 402 students and 56 staff were quarantined as of March 3, according to the district.

In response to the mask policy change, Activate Chicago Parents held a press conference Tuesday morning, where a number of parents raised concerns over the decision to lift the mandate without consulting parents.

CPS parent Jesu Estrada said she was “disgusted” but not surprised by the district’s decision. She said the move to lift the mask mandate after the St. Patrick’s Day celebration made no sense and would “imperil” kids, teachers, and families.

Her son Antonio Breed said his class had been quarantined six times since the start of the pandemic. Even as city officials move to lift the mask mandate, the sixth grader said COVID-19 still a “pressing issue.”

“It’s staggering to see how many people have been infected and affected by the pandemic,” Breed said.

Some parents offered support for a potential teacher strike to keep students protected.

But Cristine, a CPS substitute who did not share her last name, supported the district’s stance to lift the mask mandate and said a strike would be detrimental to students.

Parent Amarillis Molina-Deleon said there needed to be a balance for the best interest of the children.

“I don’t think a strike is a solution. I don’t think removing masks is the solution. We have to find a balance,” Molina-Deleon said. “We have to work for the safety and the health of our children. Our children don’t have time to waste. Time is passing, they’re graduating without the skills they need.”