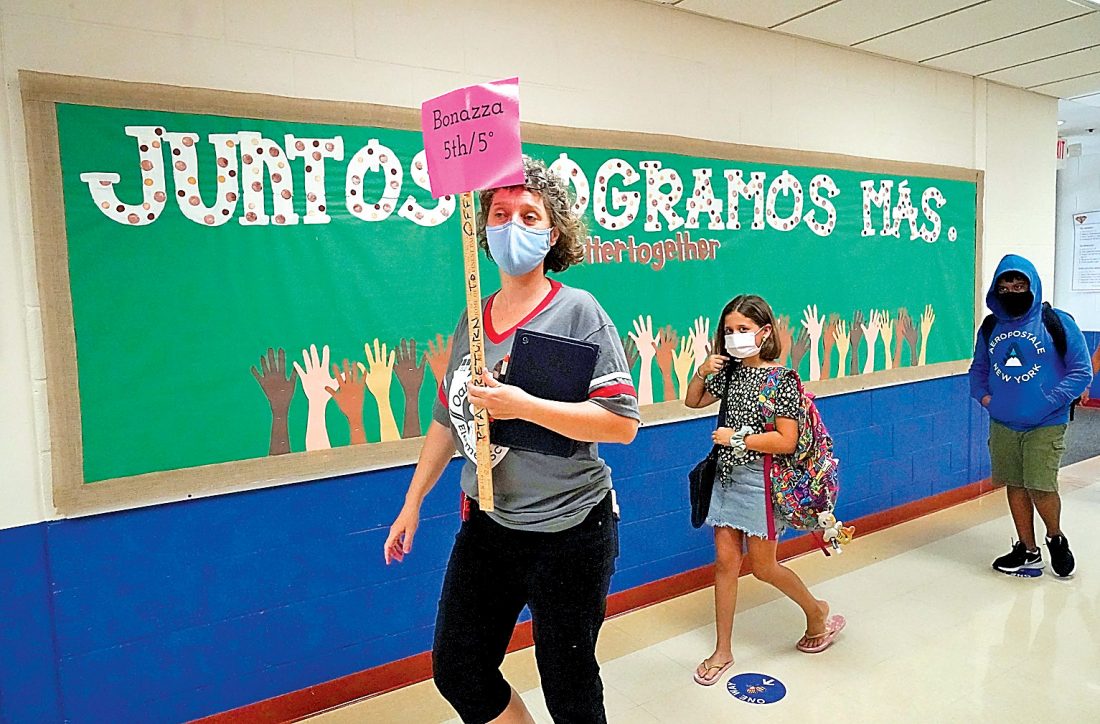 There are more than 114,000 fewer students enrolled in public schools across Illinois since 2018, and some say it’s because of the lack of local control and burdensome regulations. Reading, writing, math and science achievement is also on the decline.

The latest report card data, based on standardized tests from the fall semester, shows achievement trends across the curriculum have declined since 2019.

ISBE officials say proficiency and participation rates both were impacted by COVID-19 for the 2021 school year.

Nick Henkle, superintendent at Channahon Schools, told ISBE at this week’s monthly meeting the top-down edicts during the pandemic made it clear they need local control.

“Last year, we felt confused, frustrated, and we felt that local control was taken away from us. The same thing happened two years ago and it was frustrating,” Henkle said. “We found a way to open our doors to kids, but we had so many colleagues that couldn’t do that, and that shut the classroom door, warm classroom with a loving teacher.”

At the start of the pandemic in 2020, Gov. J.B. Pritzker ordered schools closed to in-person learning and required them to return to school with masks and exclusion policies for close contacts of COVID-19 positives into the following year. Some parents raised concerns with ISBE Wednesday that some districts are still excluding children for being close contacts, despite the rule being blocked by a legislative panel following litigation.

“Since the last day of school last year, we have lost approximately 15% of our students and half of those were to home-school situations,” Janssen said. “I can’t imagine we’re … the only ones in this situation.”

ISBE board member Roger Eddy said the trends are troubling and must be acknowledged.

“We should pay attention to that data, it is happening,” Eddy said. “We don’t want that. And I don’t think the folks that introduce legislation want that. I think they’re well intentioned. But you pile all this stuff up and it becomes overwhelming to families.”