Please ensure Javascript is enabled for purposes of website accessibility He did it! Colorado science teacher summits Mount Everest - THE CHICAGO HERALD Press "Enter" to skip to content

Home » He did it! Colorado science teacher summits Mount Everest 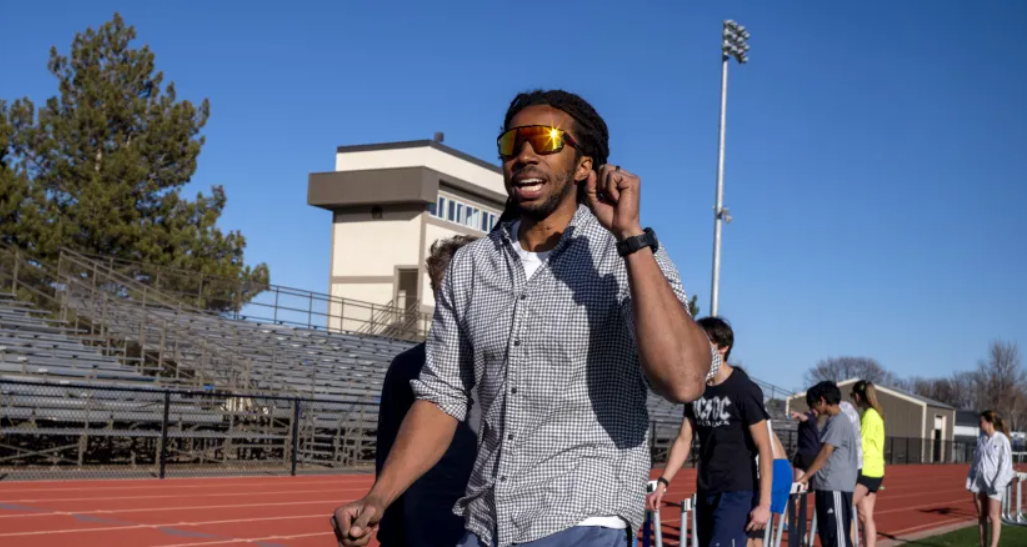 He did it! Colorado science teacher summits Mount Everest

Eddie Taylor, a chemistry teacher at Centaurus High School in Lafayette, was one of seven members of an all-Black climbing team, Full Circle Everest, to summit the world’s tallest mountain in the early hours of May 12.

He commemorated the historic ascent in an Instagram post, writing, “We did it yall! The Expedition was a success. The summit just being a single step in a very long journey. At 2:40 am on May 12th, Pasang Sherpa and I stepped onto the highest point on Earth, snapped a few blurry photos and proceeded to hustle down.”

Taylor, who is also the high school’s track and field coach, departed for Nepal in early April. In an interview before his departure, he said he might make it back to Centaurus in the Boulder Valley district on the last or second-last day of school this month. (The school’s marching band gave him a spirited send-off on April 1.)

While other Black climbers have previously climbed Mount Everest, this was the first summit by a team of Black climbers. The other Full Circle team members who summited were Thomas Moore, also of Colorado; and Manoah Ainuu, Rosemary Saal, Demond Mullins, James “KG” Kagami, and Evan Green. Phil Henderson, who lives in Cortez, Colorado, led the Full Circle team but did not climb.

In a March interview with Chalkbeat, Taylor said he hoped the expedition and the publicity around it would serve as a welcome mat for people of color interested in outdoor sports.

“If you’re a black person or a Latino person and you Google ‘climbing,’ you’re going to still see lots of people who don’t look like you,” Taylor said. “That, I think, makes those sports … seem a little bit more unapproachable.”

He said in addition to outdoor groups geared toward people of color, Full Circle Everest helps make outdoor adventure accessible by showcasing elite Black climbers, who “also want to give back and say, ‘OK, you can do this, too.’”

This article was originally posted on He did it! Colorado science teacher summits Mount Everest