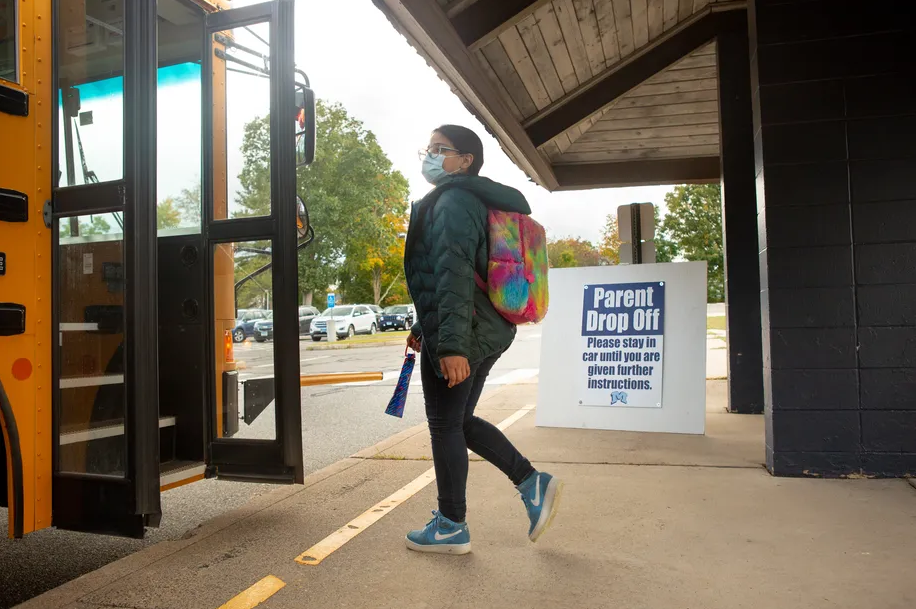 After wrestling with transportation woes for six months, Chicago Public Schools said it has finally met its obligation to provide bus services to students with disabilities amid ongoing bus driver shortages, but 1,000 general education students are still waiting for routing assignments.

The district said Wednesday that it is prioritizing students who require transportation under federal law  — and is now planning to make transportation policy changes to ensure those students are at the front of the line for the upcoming school year.

“I know this has been a struggle with the national shortage of drivers,” Martinez said. “I’m glad we are at this point.”

The district was planning ahead and would make changes to its transportation policy for next school year, Martinez said. The district’s goal is to provide services to all students but would prioritize medically fragile students, students with Individualized Education Programs, those with temporary housing, and low-income students should the driver shortage persist, Martinez said.

However, some students still remain without bus service halfway into the school year, one school board member noted at Wednesday’s board of education meeting.

Board member Lucino Sotelo lauded the transportation team for “making progress” to provide bus service for students with disabilities. Still, Sotelo acknowledged there remained “many unserved” students with temporary housing, or low-income students..

The district currently has 17 active transportation requests for students with temporary housing and about 1,000 general education students waiting for a routing assignment.

“Like many other school districts across the country, CPS continues to adapt amid the COVID-19 pandemic,” Chicago Public Schools said in a statement. “The District continues to work tirelessly to provide transportation to students amid a national driver shortage.’

Last month, the Board of Education adopted a resolution that would shift bus service away from selective enrollment schools and magnet schools by March 7 if the district was unable to meet legal obligations to provide services to students with Individualized Education Programs, medically fragile students, and students in temporary housing.

Since the start of the school year, Chicago, along with districts nationwide, had been plagued by school bus driver shortages, leaving thousands of students without a dependable ride to school. The district struggled for months to make headway.

CPS started the school year with 500 bus drivers instead of the 1,2000 required to meet student transportation needs.

Since the fall, the district’s transportation department has been teaming up with taxi firms and a company called RideAlong, which specializes in providing rides to children, in order to make up for the bus driver shortages. The district has also offered to reimburse families who opt to find alternative transportation for their child.

During Wednesday’s board meeting, Martinez called the school year a “learning process” and said he hoped to work with his transportation team to see how the district could leverage different modes of transportation in the future to meet the needs of its students with disabilities and other vulnerable students.

The district plans to go through a formal policy change over the next two to three months and gather feedback from families before proposing changes to the Board of Education, Martinez said.