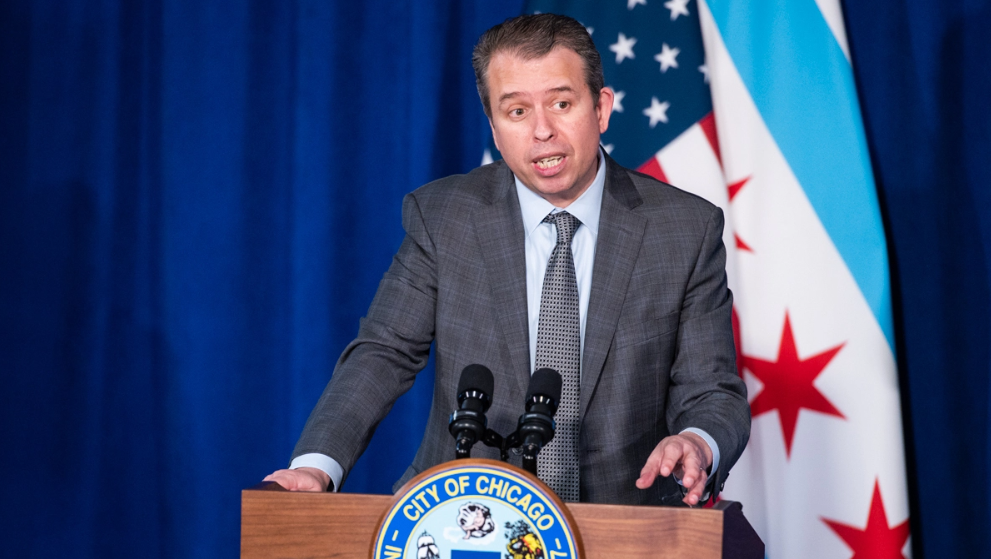 Martinez, who is fully vaccinated and boosted, is experiencing mild symptoms. He began experiencing cold-like symptoms on Wednesday before testing positive on Thursday.

“This is a good opportunity to remind our CPS staff and families to please get vaccinated and boosted,” Martinez said in a statement. “Because of the vaccine, I expect that I will be fine.”

The district said in a statement that Martinez will work from home following the Centers for Disease Control and Prevention guidelines, which recommends people isolate for five days or until symptoms have subsided.

Currently, the district requires people who test positive to quarantine for five days. Unvaccinated students and staff who are a close contact to someone who has tested positive for COVID  are required to isolate for five days.

The news comes as Chicago is experiencing an uptick in COVID-19 cases. The city is currently averaging 971 new cases with a 5.2% positivity rate, data shows.

Last week, the city’s risk of COVID-19 transmission was raised from low to medium, prompting Chicago’s Department of Public Health to encourage people to wear masks indoors including school and public transportation.

“It’s not a cause for alarm, since most cases right now are mild and thankfully our COVID-19 hospitalizations and deaths remain at or near all-time pandemic lows in Chicago,” Dr. Allison Arwady, the city’s health commissioner said last week.

Officials said the move from low to medium would not trigger a citywide mask mandate, restrictions on public gatherings, or reinstatement of vaccination requirements.

Such measures would be considered if the city moved from medium to high risk, Arwady said.

The district lifted its mask mandate in mid-March prompting criticism from some parents and the teachers union who alleged the district violated its safety agreement with the union.

About 1,062 students and 366 staff members tested positive during a span of four days between May 8 and May 10, according to school data.

Last week, the district recorded 1,403 students and 480 staff positive cases between May 1 and May 7 — an increase from the previous week when 823 students and 324 staff tested positive between April 24 and April 30, according to district figures.

About 2,128 students and 357 staff were quarantined as of Thursday, according to city data.

The positivity rate for school-based testing is shy of 1%, according to the district.

Across all district-run schools, the average school is 44.7% fully vaccinated, but rates vary widely. Although there has been a gradual increase in overall vaccine rates since December, the nation’s third largest district is still struggling to make inroads at predominantly Black schools on the South and West Sides, according to a data analysis by Chalkbeat.